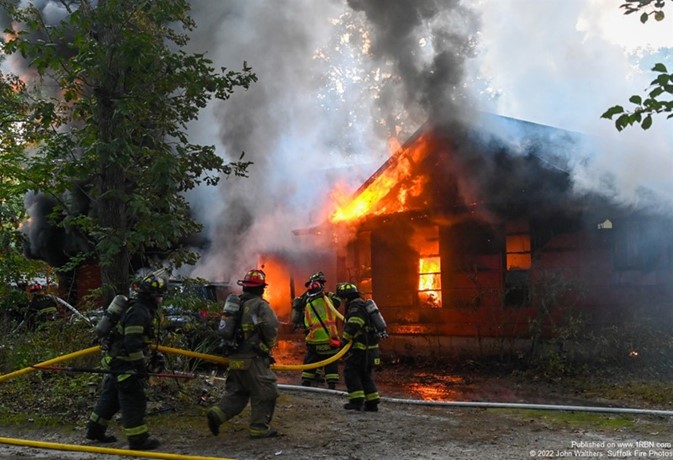 Photo by John Walthers- Suffolk Fire PhotosFirefighters from Brookhaven FD arrived to find this home in Shirley consumed in flames on Sept. 14th. 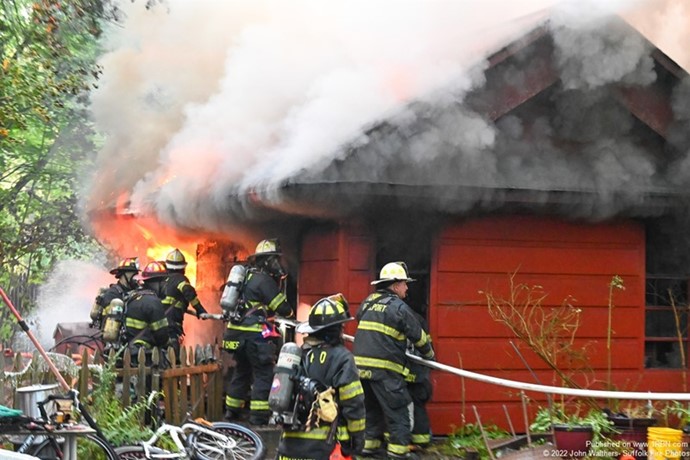 Photo by John Walthers- Suffolk Fire PhotosChiefs and firefighters from Brookhaven and surrounding departments deal with fire overhead as they operate at a working fire on West End Ave. in Shirley. 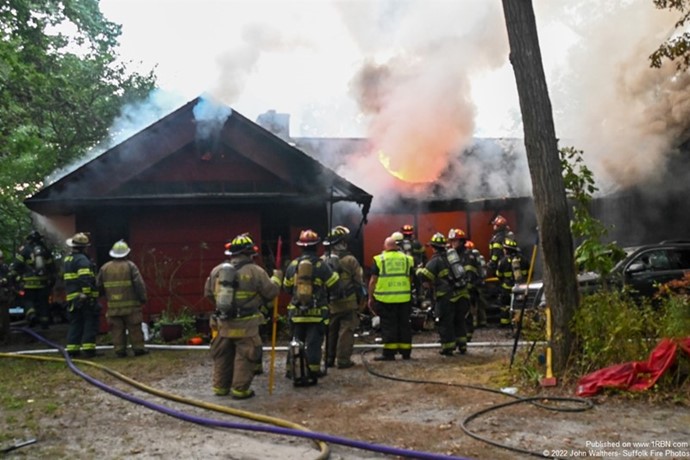 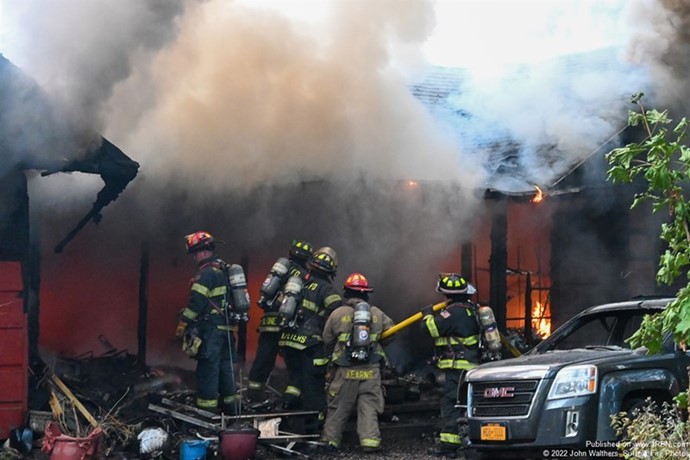 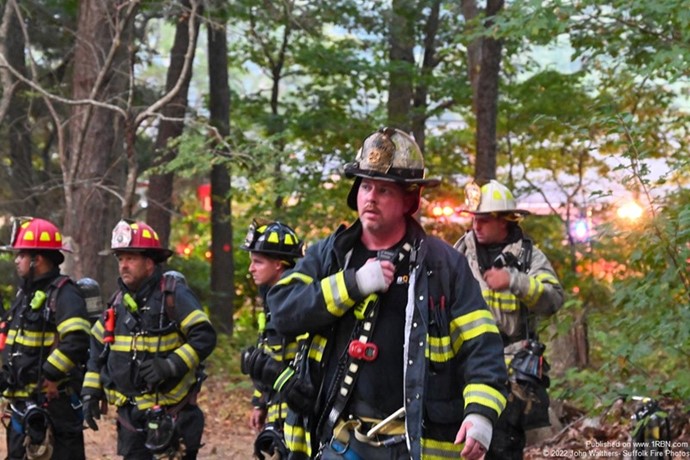 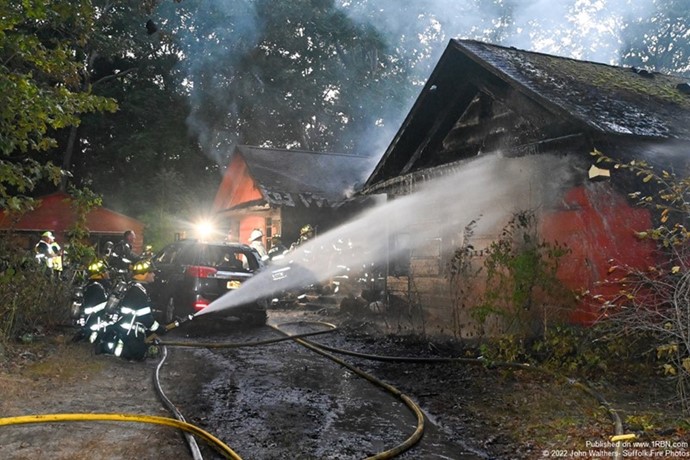 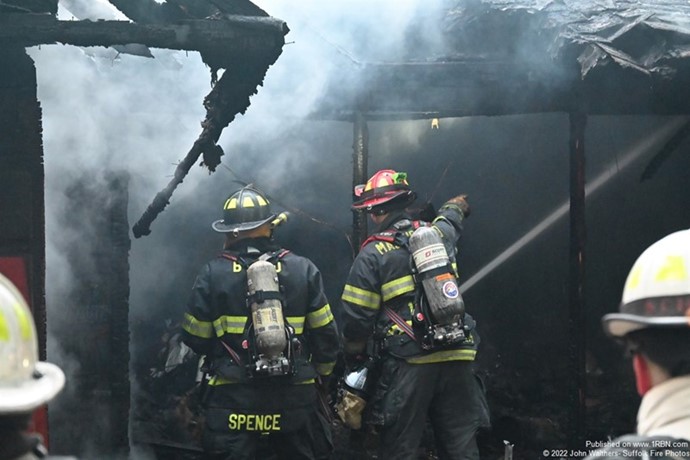 Photo by John Walthers- Suffolk Fire PhotosMembers of Mastic and Brookhaven work together. 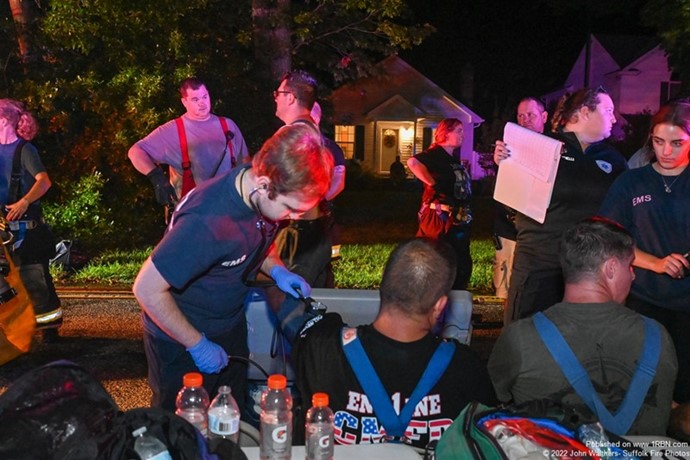 SHIRLEY, NY - At approximately 6:21 P.M. on September 14th, the Brookhaven Fire Department was activated for a structure fire with an occupant reportedly trapped on West End Ave., off Flower Hill Dr.

The first arriving chief advised that the home was set back and fully involved in flames. Command requested their pre-plan to be activated for mutual aid to the scene as well as station coverage. The first due engines quickly went to work stretching lines and securing a water supply from the hydrant.

The resident was contacted via cell phone and confirmed to not be home as originally reported by the person who called in the fire. Firefighters faced an extensive operation as they had heavy fire throughout and extreme heat conditions. Multiple lines were placed into operation and after knocking down the fire extensive overhaul followed.

The scene was under the command of Brookhaven Chief of Department Dan DiPinto. Mutual Aid was provided by Mastic, Yaphank, Center Moriches, Mastic Beach and Ridge Fire Departments. Shirley Community Ambulance was on scene to provide support and rehab for the firefighters. No injuries were reported. The cause of the fire is under investigation by Brookhaven Town Fire Marshals and SCPD Arson Squad.