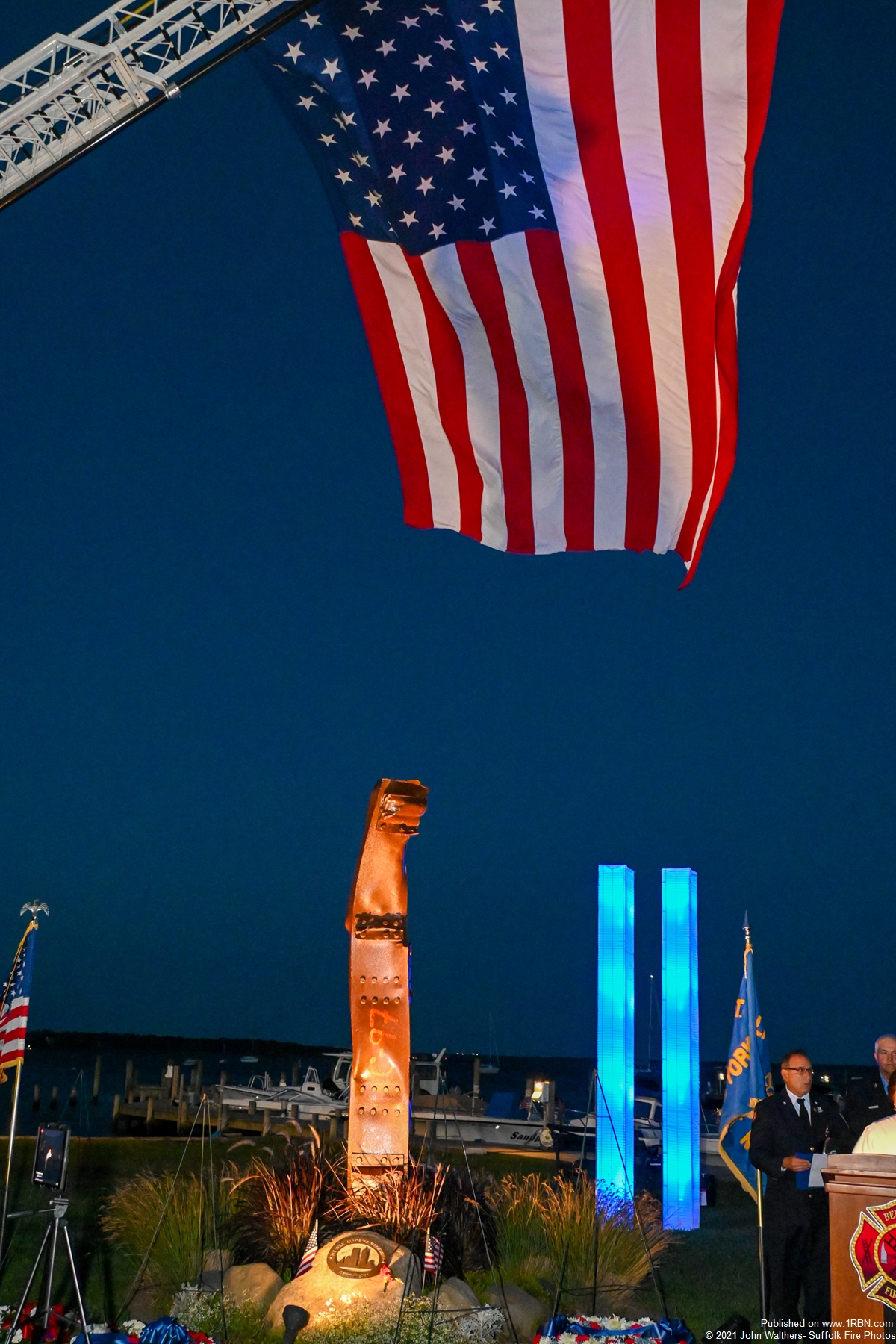 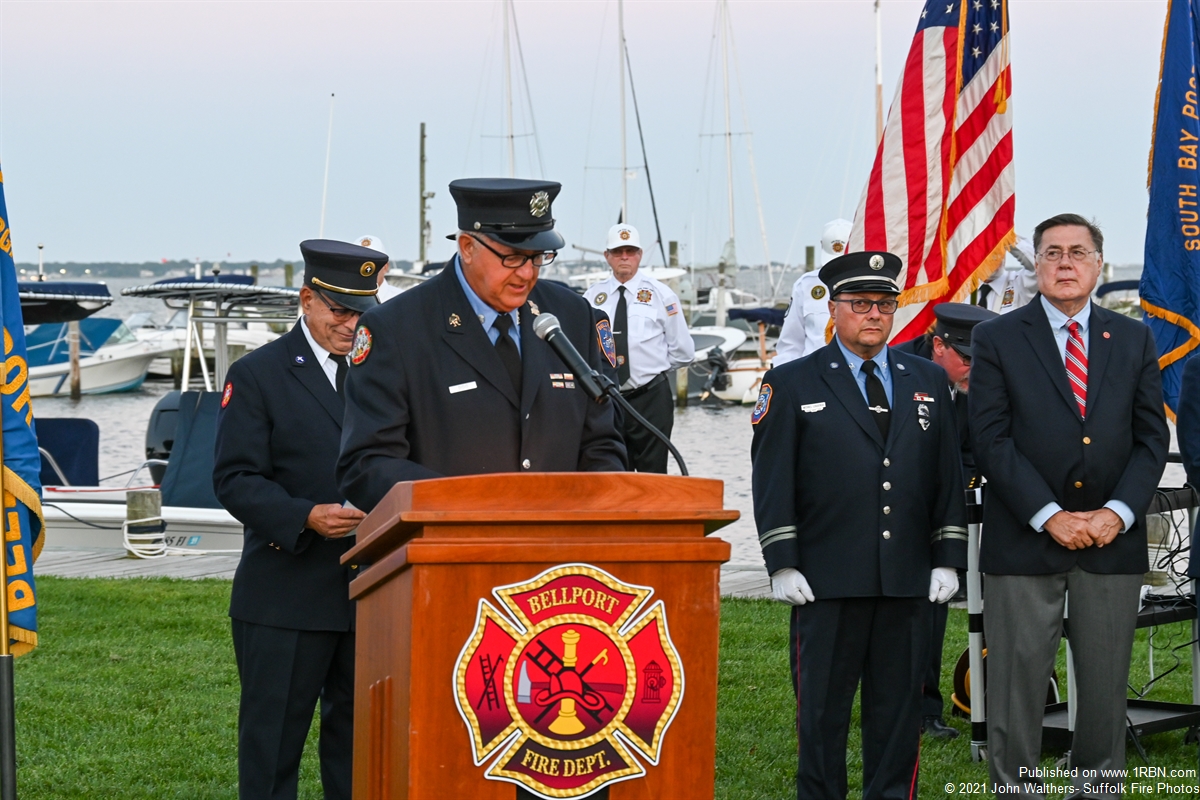 Photo by John Walthers- Suffolk Fire PhotosBellport Chief David DiDio speaks to those present at the 9/11 ceremony at Bellport Marina. 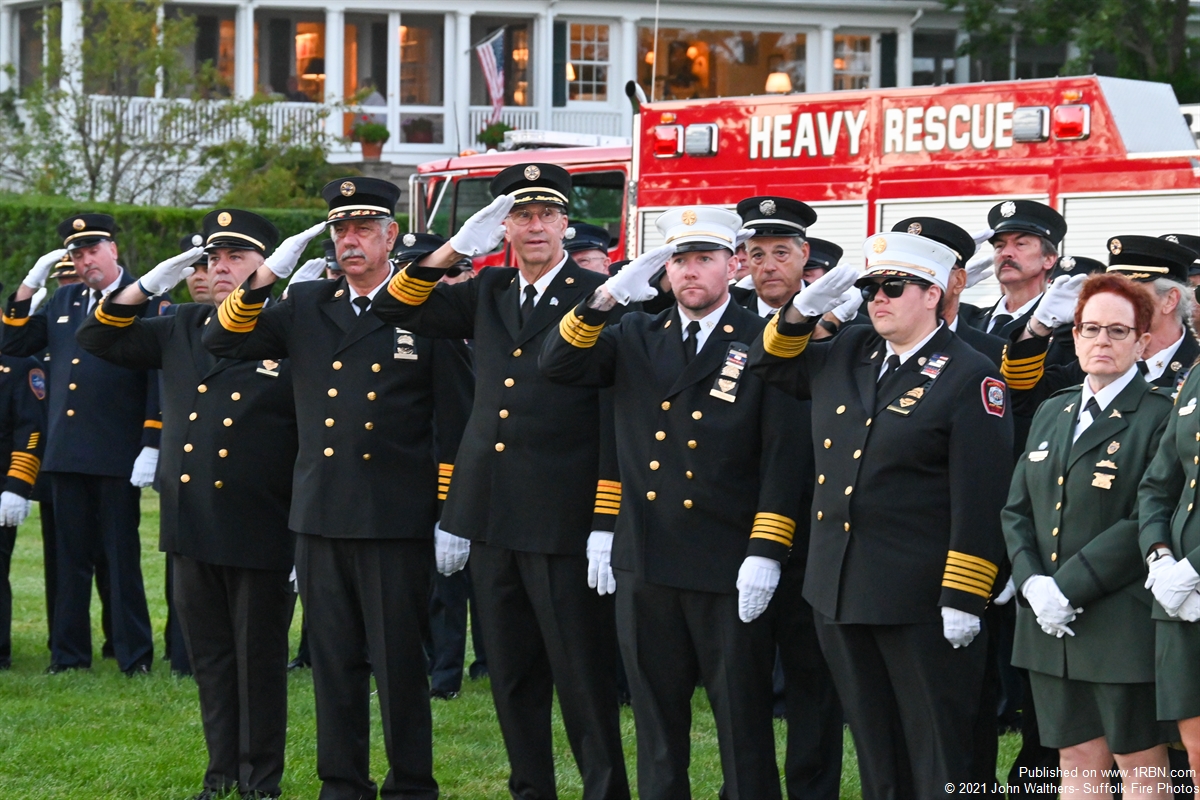 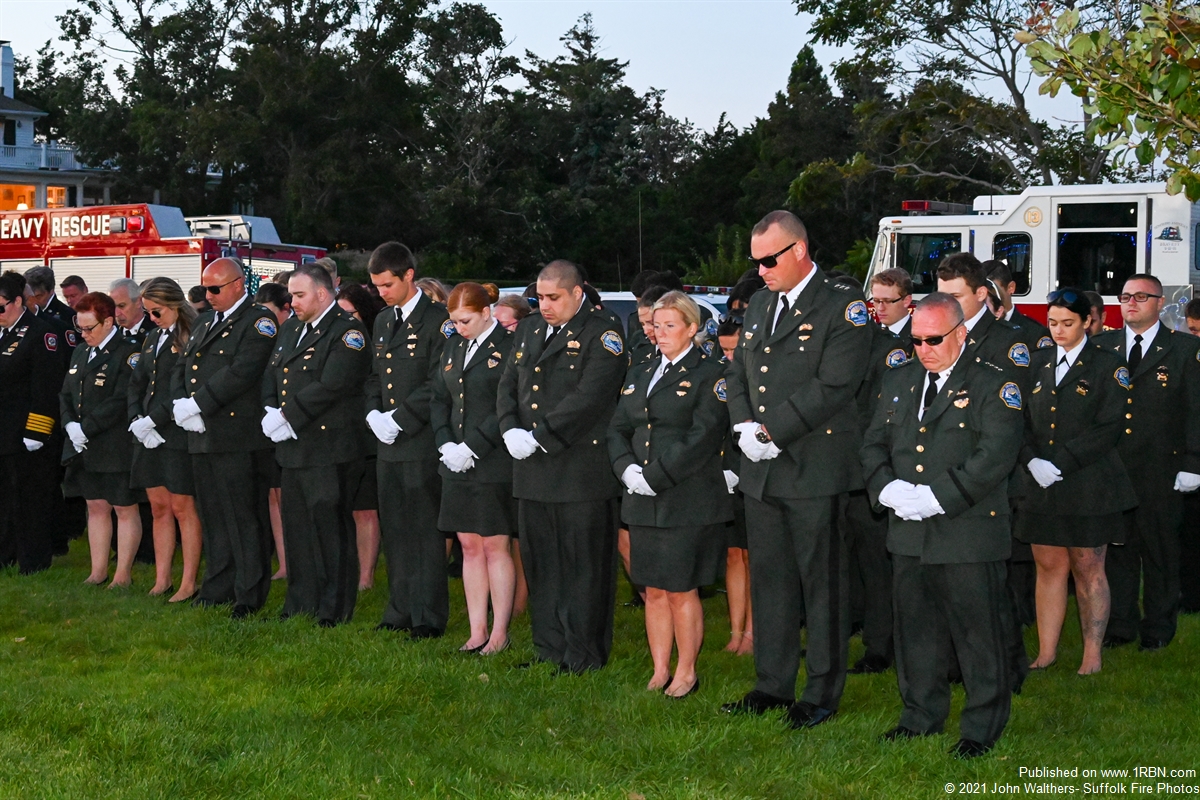 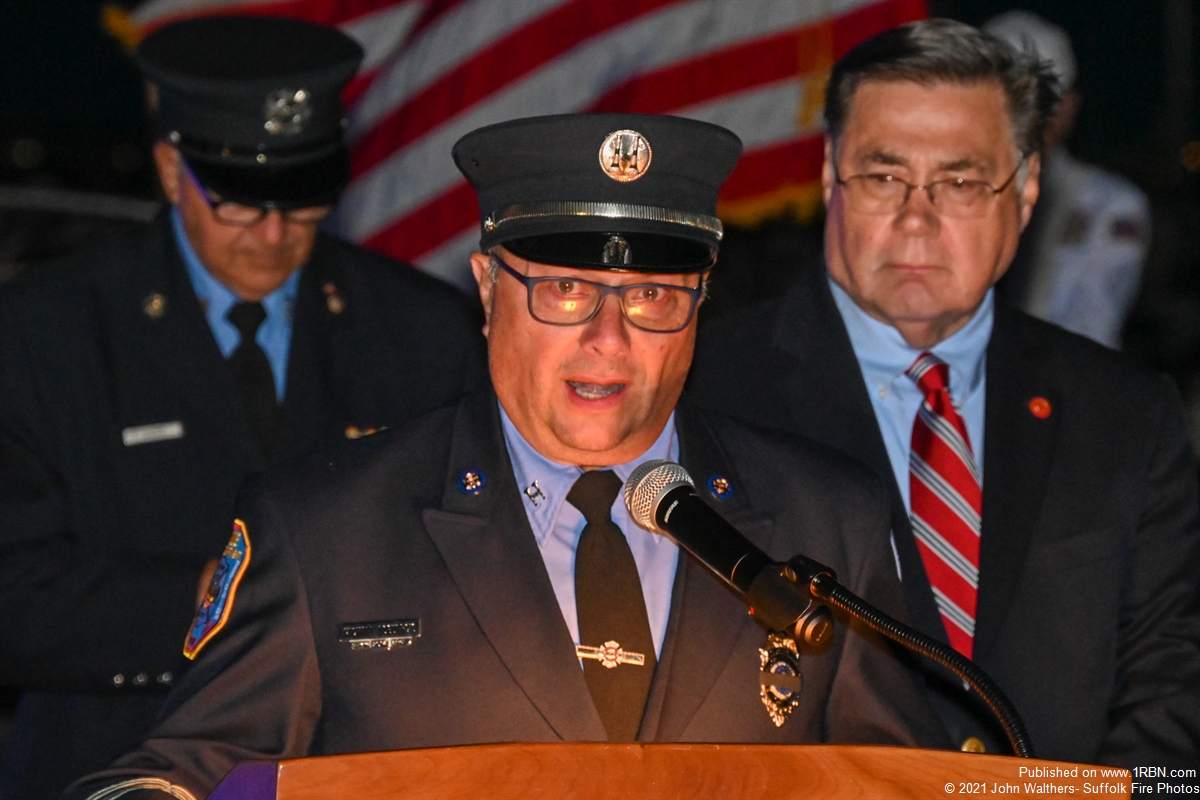 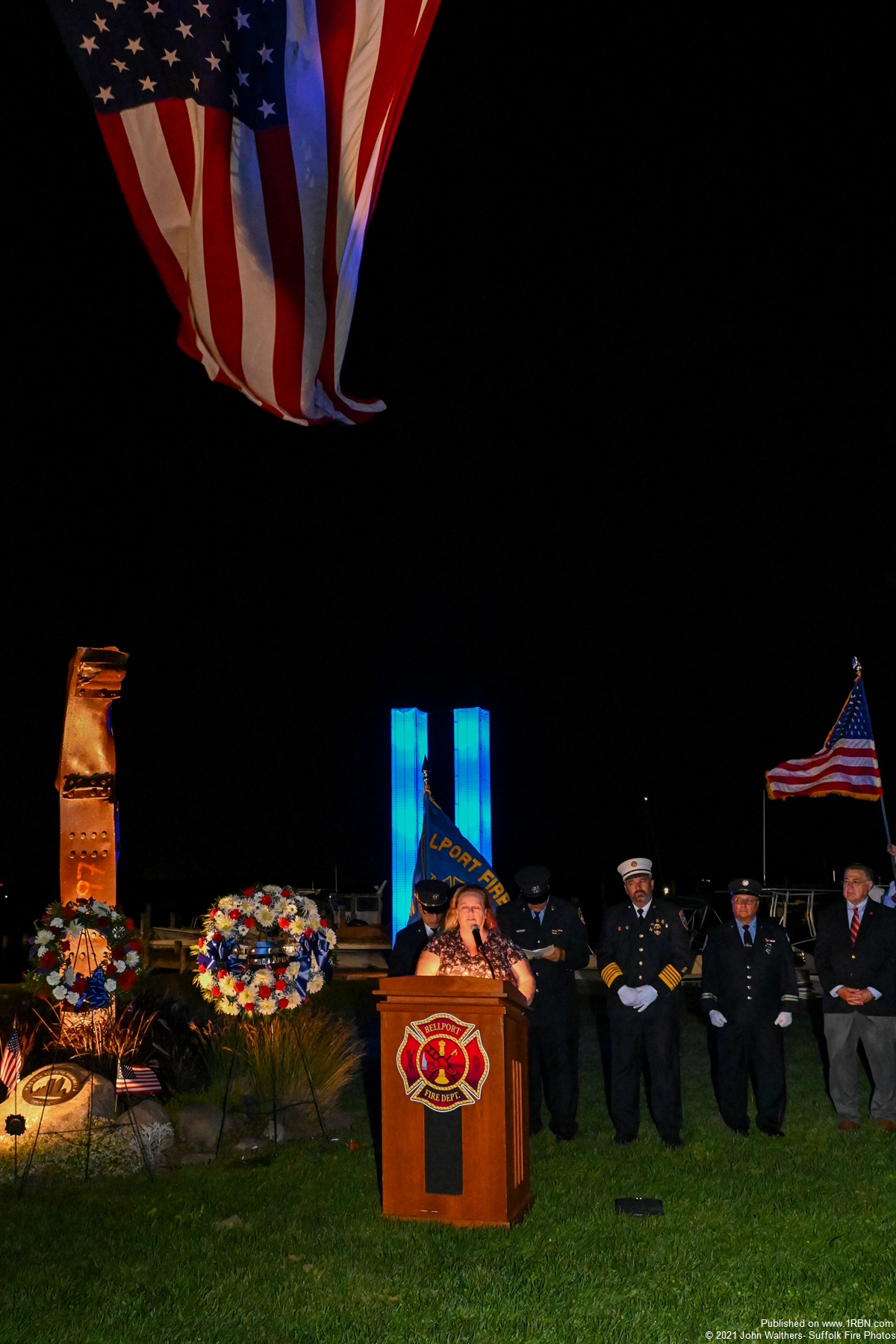 Photo by John Walthers- Suffolk Fire PhotosThe Tribute glows in the background as a patriotic number is sang. 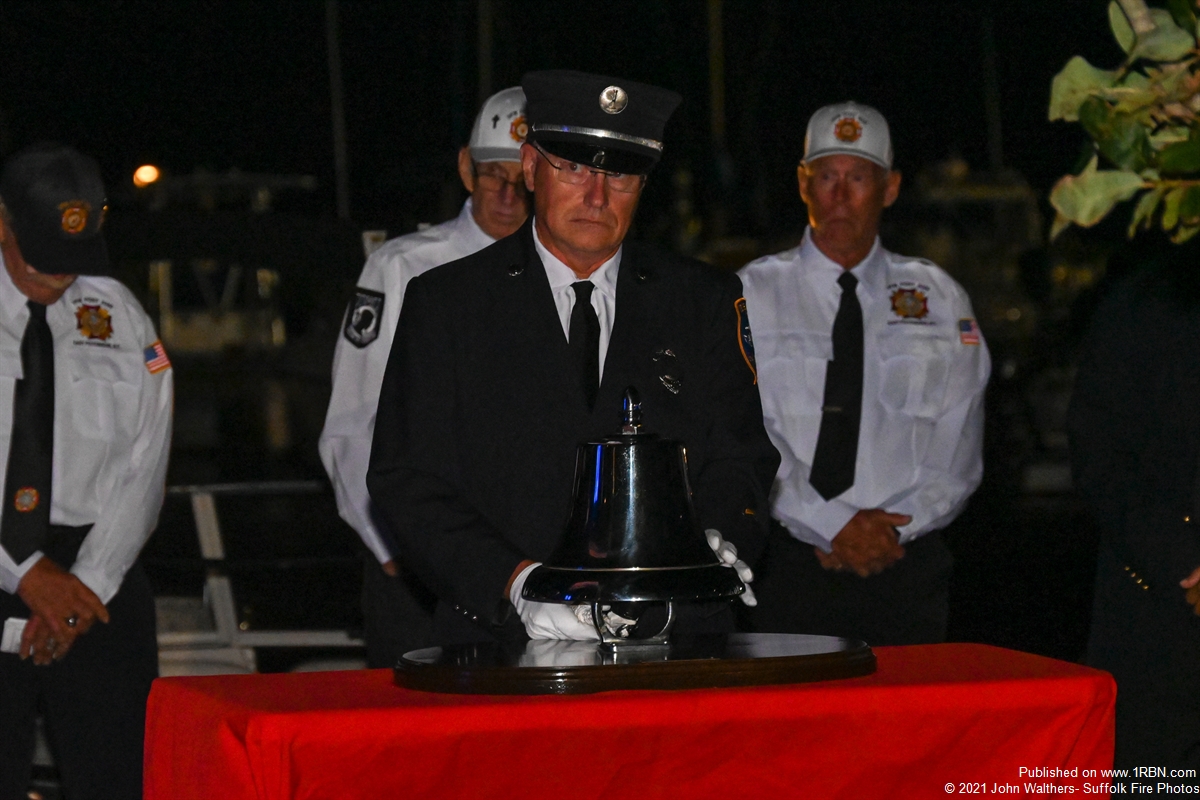 Photo by John Walthers- Suffolk Fire PhotosThe bell is rang by a Bellport FD member as names are read off at Bellports 9/11 Ceremony.

Bellport N.Y.- On the Evening of Saturday September 11th 2021 the Bellport Fire Department , South Country Ambulance and Hagerman Fire Department joined the Village of Bellport in hosting a 20th Anniversary Ceremony for the 9/11 attacks. The service which was lead by Bellport FD Assistant Chief David Didio who is also an FDNY member and Chaplin Frank Trotta of Bellport FD. Members of the Fire and EMS agencies gathered along with veteran’s organizations , religious leaders and local government leaders on this somber night at the monument in the Bellport Marina’s Park to reflect on the events of that tragic day and remember the lives of the many Firefighters, Police , Rescuers, Military and civilians lost at the World Trade Center, Pentagon and in Pennsylvania.
Members of the local area were among those lost while serving as firefighters, police or in the military after the effect and some are still living with the effects of that day and the days that followed still. While local leaders like Councilman Michael Loguericio and Assemblyman Joe De Stefano spoke 2 towers placed near the piece of world trade center steel in the park glowed blue as a memorial to those lost as well. The night wrapped up with the reading of names of local people who were lost and members of the audience were invited to add names if they wanted to. A bell was rang following the announcement of each person. Followed by a gun salute from the veteran’s groups and shortly after the playing of Taps by a local student. We must continue to never forget this day.