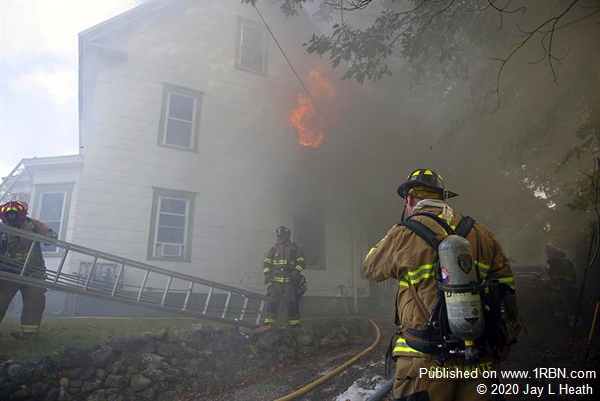 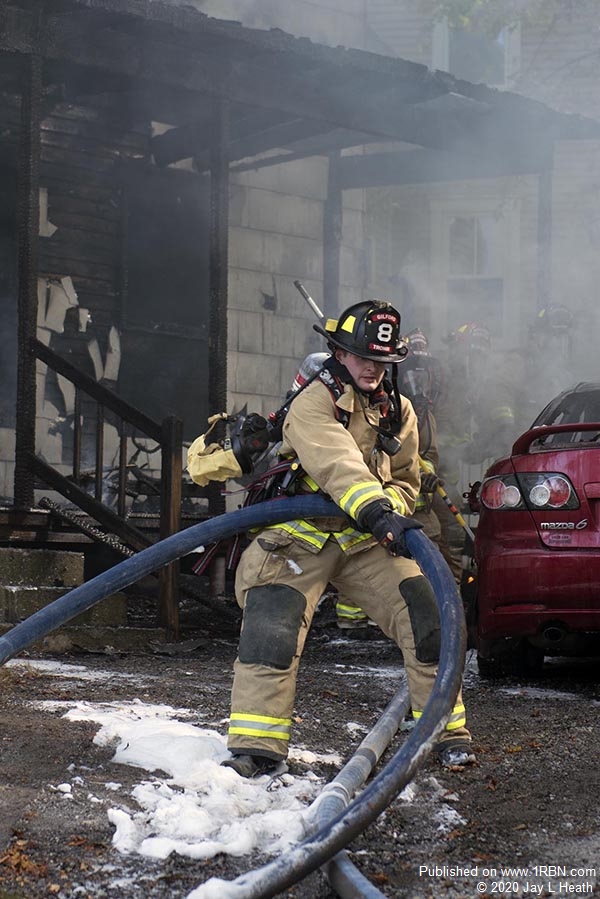 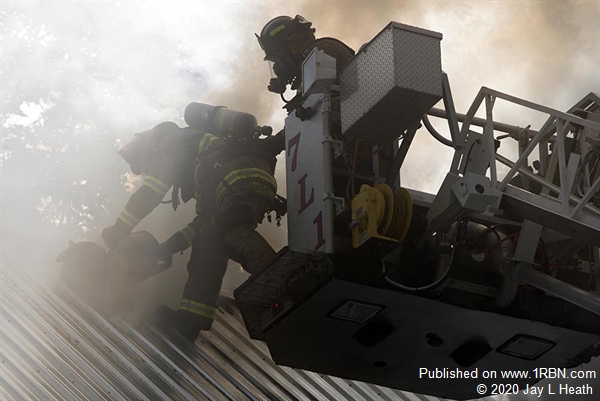 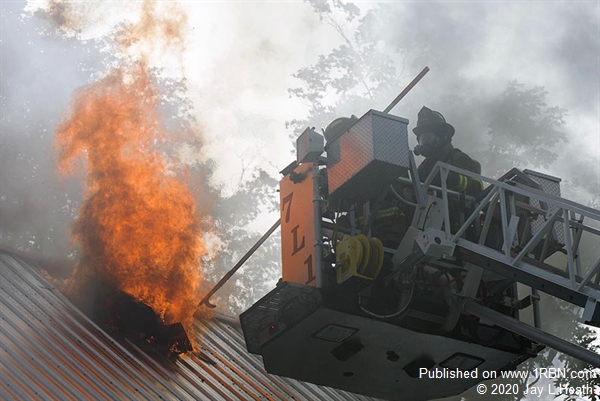 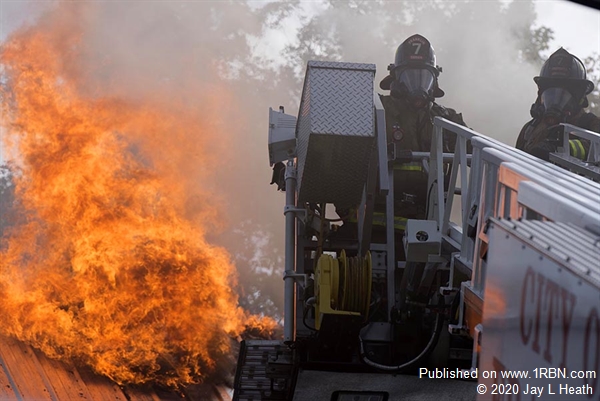 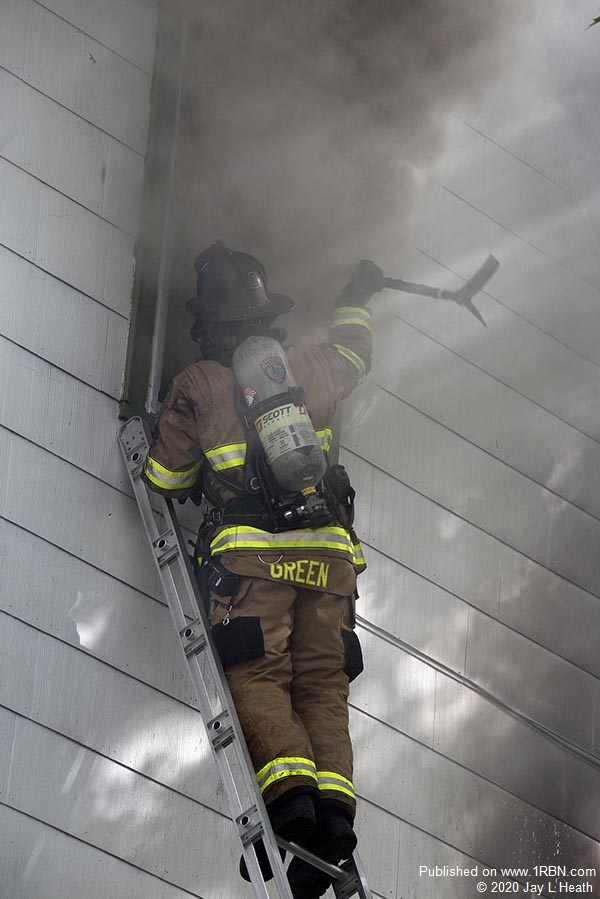 Photo by Jay L Heath A Firefighter vents the windows from the second floor. 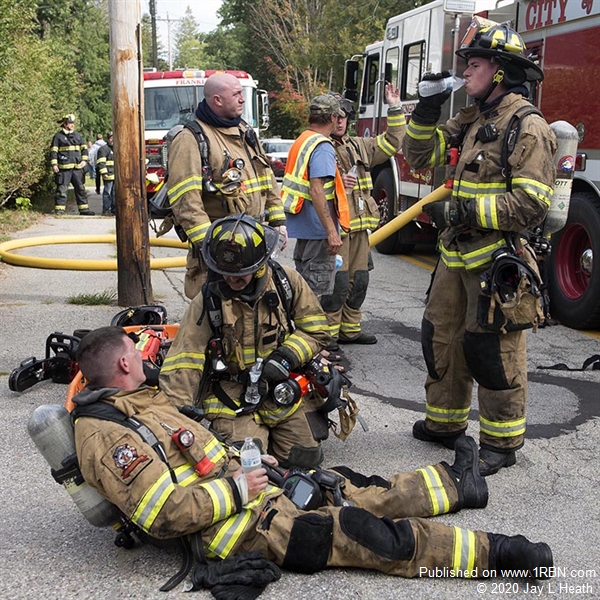 Franklin, NH - Franklin fire officials are investigating a four-alarm fire that ripped through a multi-family home on Sunday, September 13th.

The fire came in at 2:36 P.M. for fire showing at 99 Pleasant Street and escalated to four alarms. Franklin's first due Engine with the duty crew encountered heavy fire from the 'D' side of the building and immediately requested a second-alarm.

Three firefighters were transported to the hospital for treatment of heat-related injuries. Two of them, including a Franklin firefighter, were treated and released, while one remained hospitalized for observation, Franklin Deputy Fire Chief David Hall reported.

Heavy fire traveled throughout the three-unit building and through the metal clad roof after being vented by Franklin's Tower Ladder. Several cars where destroyed in the driveway as well due to the heavy fire on the side porch of the structure.

Firefighters from 18 departments responded to the incident and the cause of the fire remains under investigation by the Franklin Fire Department and the State Fire Marshall's office. The American Red Cross also responded to assist the residents displaced by the fire.