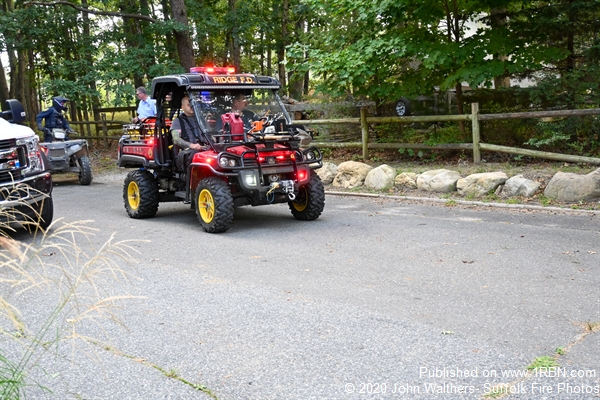 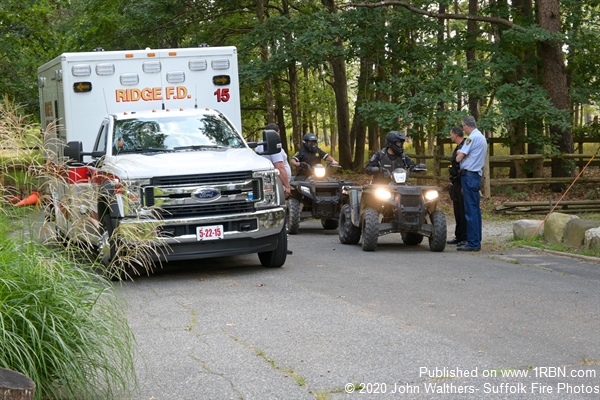 Photo by John Walthers- Suffolk Fire PhotosRidge FD ambulance on scene for an injury from a fall. 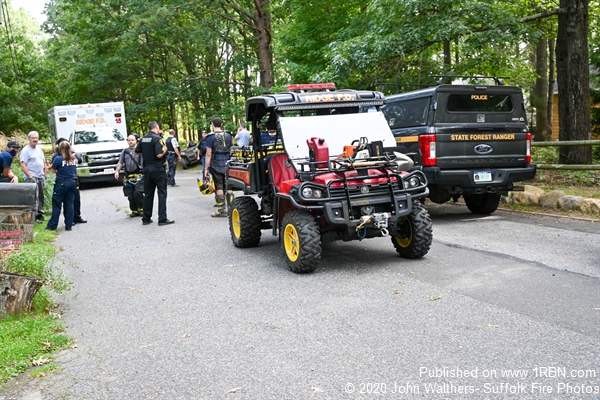 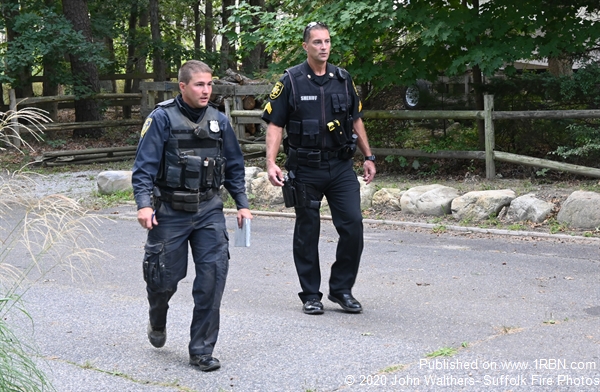 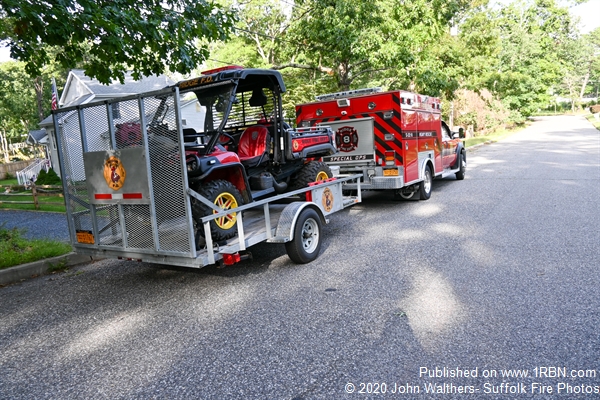 Photo by John Walthers- Suffolk Fire PhotosRidge Fire Dept Gator loaded back on the special operations truck after successfully bringing out the patient from the woods. m

Ridge, NY - On Sunday, September 13th at about 3:49 P.M., the Ridge Fire Department was requested for a gator to respond for an injury from a fall at the end of Old Saddle Rd. near Elizabeth Way.

On arrival they found an ATV operator who had fallen off his ATV after riding illegally through the woods. Firefighters secured the fallen rider, who appeared to have a leg injury, and transported him out of the woods. The rider refused transport to the hospital. He received a ticket and was released to the custody of his parent upon their arrival at the scene.

All Ridge FD units were back in service within an hour of the call originally activating. Suffolk Park Rangers, Sheriffs and State Forest Rangers were all on scene.