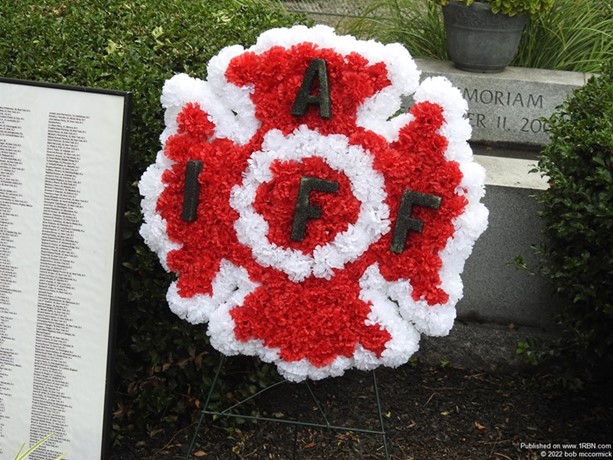 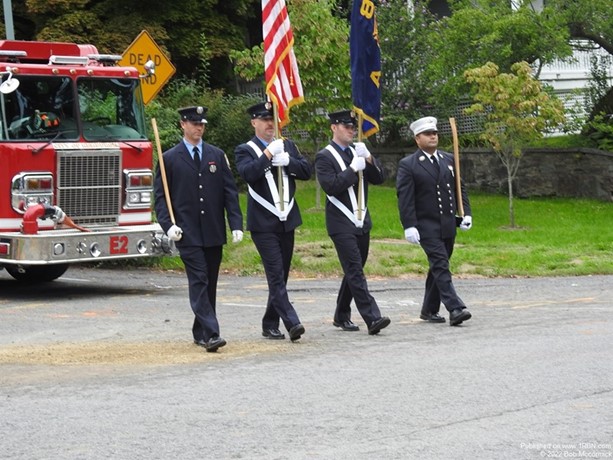 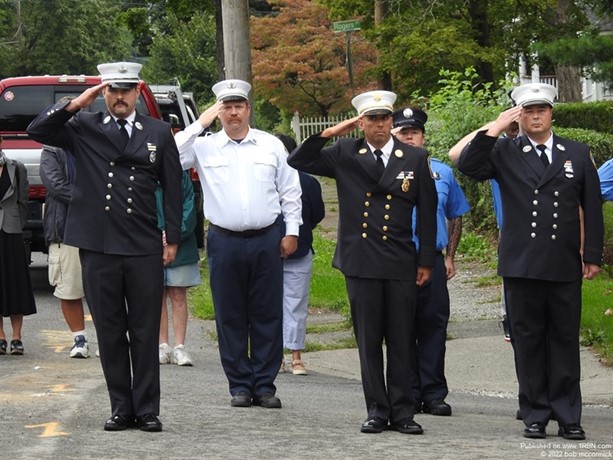 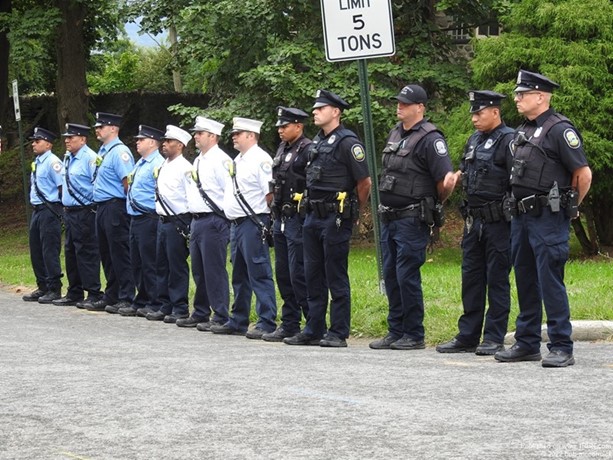 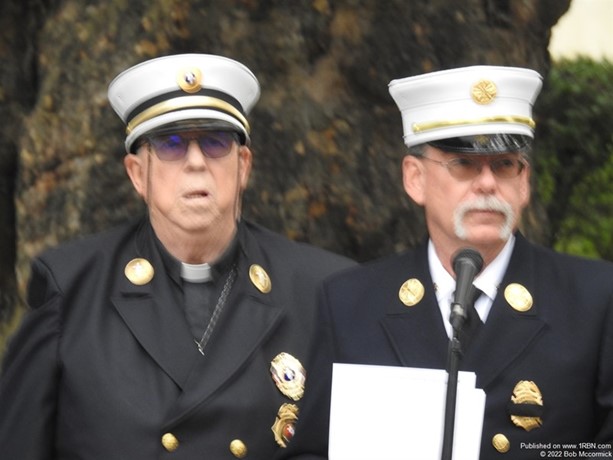 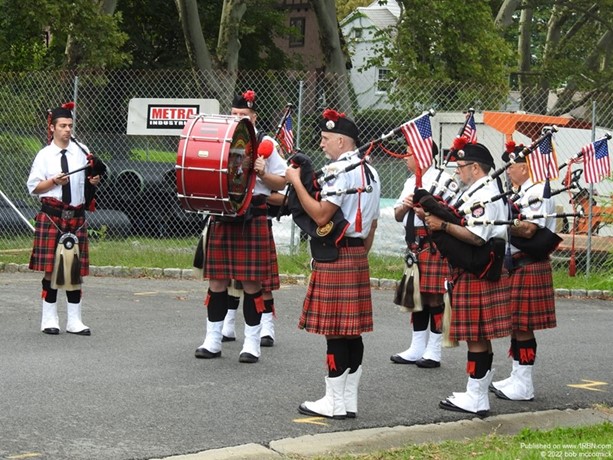 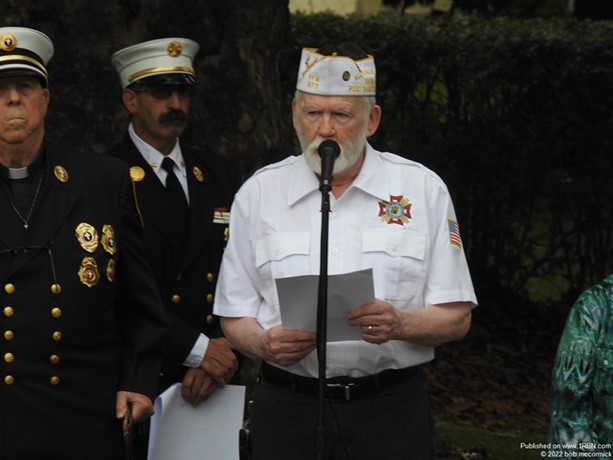 Newburgh FD held their annual 911 Tribute on Sunday September 11th at 0830 hours. Chief of the Department Francis Spinelli welcomed everyone
to the ceremony Department Chaplain Peter Haight gave opening prayer-following the Pledge of Alliance. Chief Spinelli-Asst Chief Paul Pullar and VFW
member Davvid McTameny read the names of the Orange County Residents that died that day. Assemblyman Johnathan Jacobsen then talked about
September 12 when the country came together there was no red/blue states-people had flags on their vehicles we came together as Americans. He hopes that
the country can do that again. The colors were presented by the Newburgh FD Color Guard after the names were finished-Orange County Bagpipes Band played
tabs. The colors were then returned, and the Chief thanked everyone for attending.