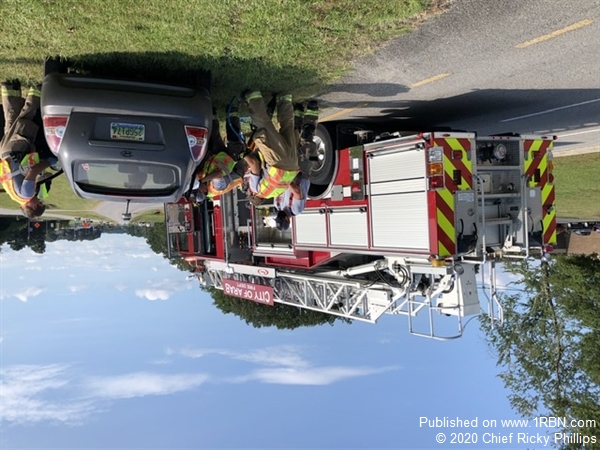 Arab, AL: Arab FD, Arab PD and Marshall Health Systems EMS worked a two car wreck on Friday, September 11 on US Highway 231 South in front of the Arab Electric Coop. Arab FD Car 10 was first to arrive, reporting two occupied vehicles with extrication needed in one of the cars. Arab Ladder 1 arrived with Lt. Kyle Powell assuming operations while the crew of Ladder 1 used hydraulic rescue tools to gain access to the driver of one vehicle while medics from Marshall treated the second vehicle’s driver. Both drivers were transported to a local hospital with non-life threatening injuries. Arab Police is investigating.