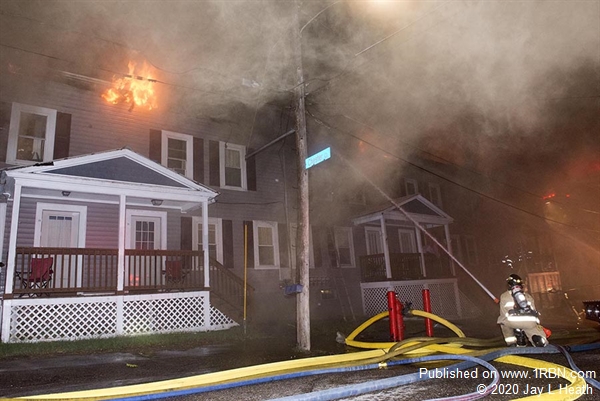 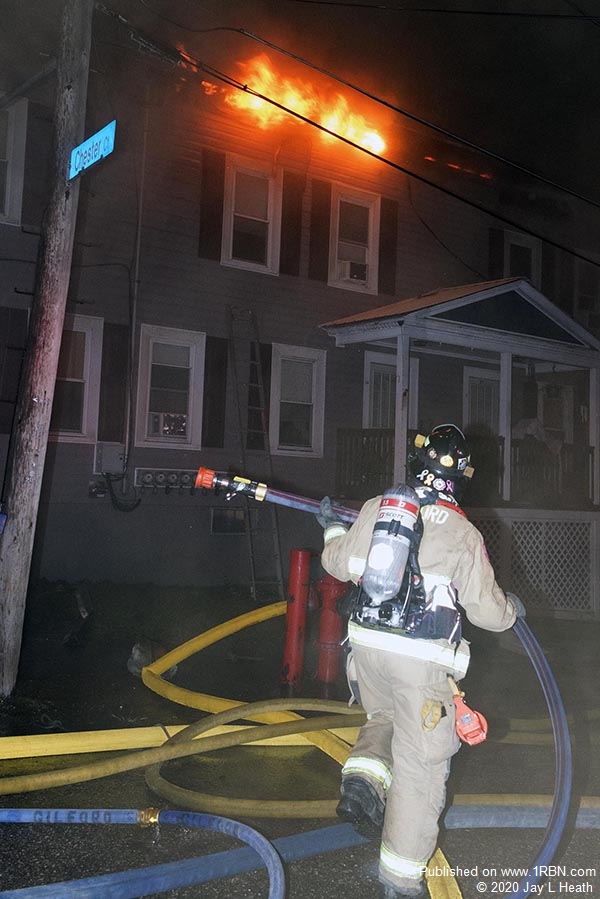 Photo by Jay L Heath Firefighters from 18 departments responded to the fire. 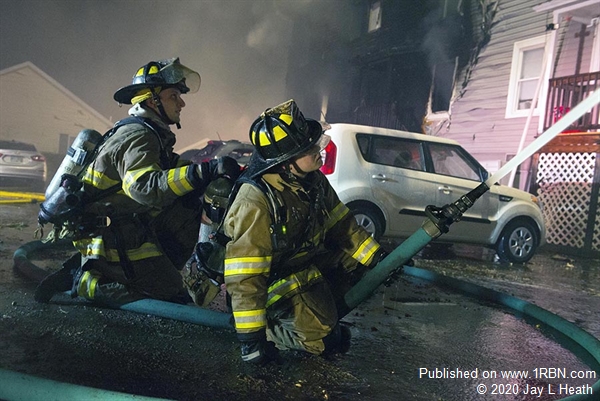 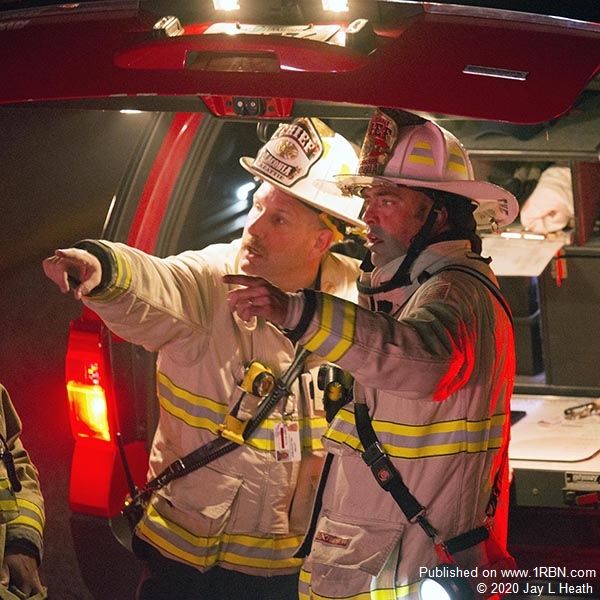 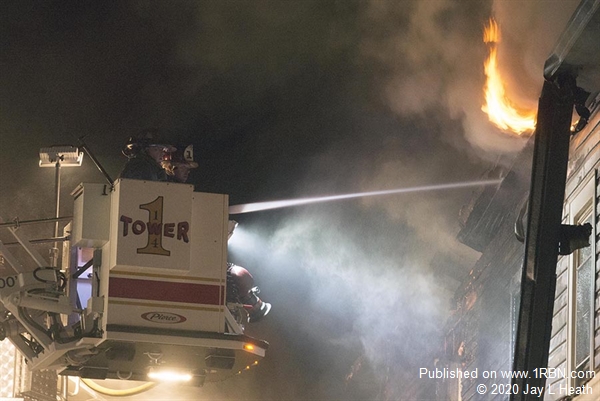 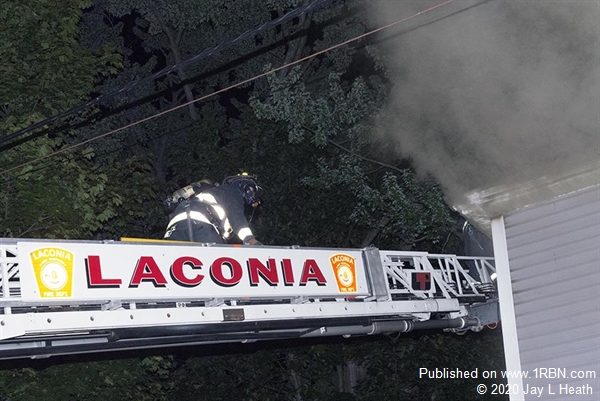 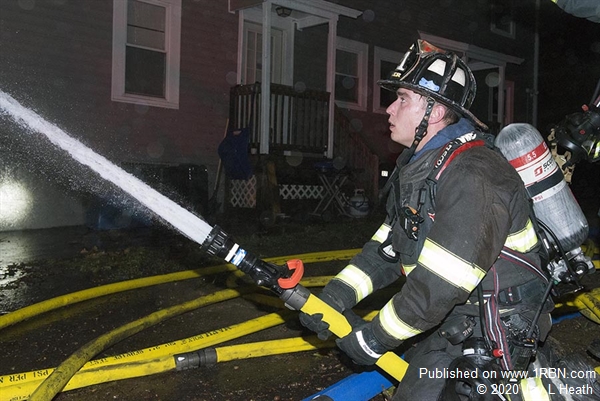 Photo by Jay L HeathTilton Firefighter Nick Baker operates in the rear of the building.

September 8- A 5 Alarm fire displaced over 15 residents in a large 8 unit apartment building early Tuesday morning on Dyer Street in downtown Laconia. Lakes Region Communications started receiving numerous calls for the fire at 0040 hours. Laconia's Central Companies arrived within minutes and transmitted a second alarm on arrival for heavy fire coming from three units in the large apartment building. Laconia Fire Chief Kirk Beattie said the fire may have been deliberately set but that the cause is under investigation by the NH State Fire Marshalls Office. All residents managed to escape unharmed and five alarms was needed to bring the fire under control. After crews conducted searches through out the building, firefighters went offensive until the heavy fire was knocked down. Then several crews went back inside to pull ceilings until the fire was knocked down at 0322 hrs. The fire was placed under control by 0402 hours. Chief Beattie said the fire caused a portion of the buildings roof to collapse, which created additional challenges for firefighters working to extinguish the blaze. Firefighters from 18 departments responded to the fire. The American Red Cross was helping the residents displaced by the fire.