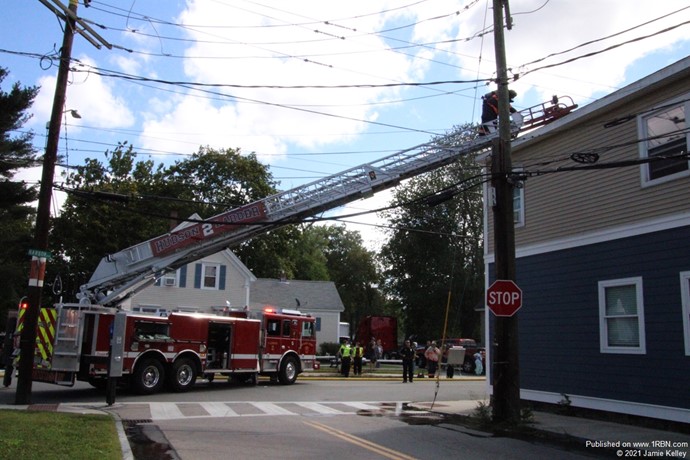 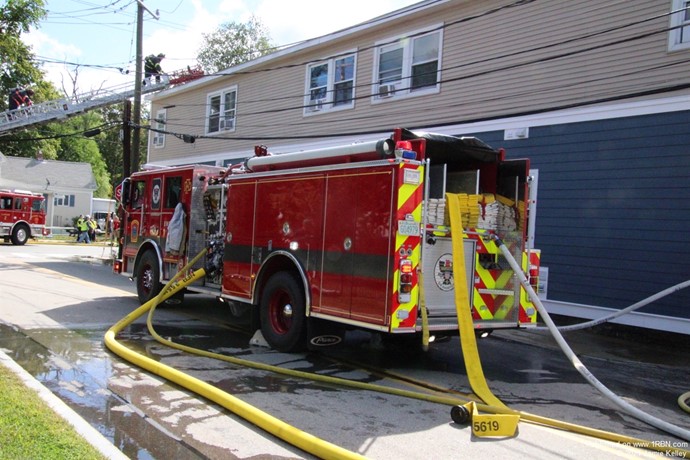 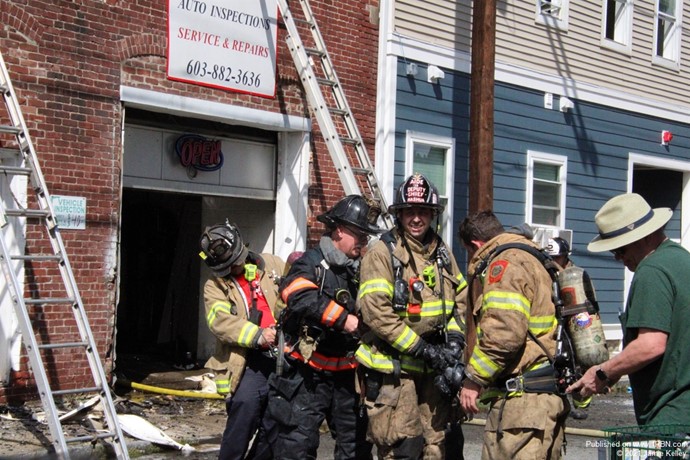 NASHUA, NH - Nashua fire alarm began receiving calls for a fire in the area of East Otterson and Harbor Ave. just after 10:00 A.M. on September 3rd. C4 arrived first due and reported heavy smoke showing and struck the second-alarm. E4 arrived on scene and stretched lines into the auto body shop to gain access to the fire. Due to heavy fire conditions and the possibility of an exposure issue on side 4, a third-alarm was transmitted. Nashua C1 arrived on scene and transmitted the fourth-alarm, bringing in mutual aid to the scene and to cover. Crews made an aggressive interior attack, but were pulled out momentarily to a defensive position. Crews reentered the building to knock down the remaining fire and conduct overhaul.