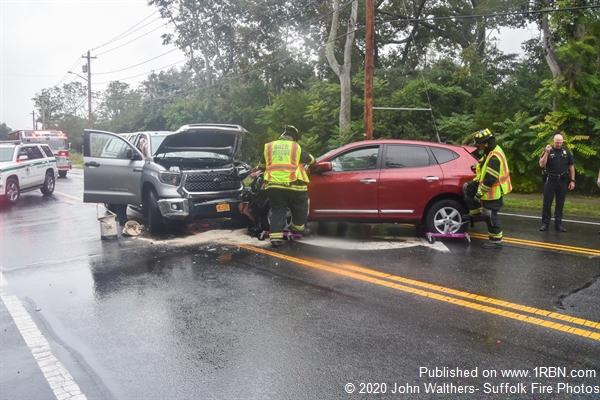 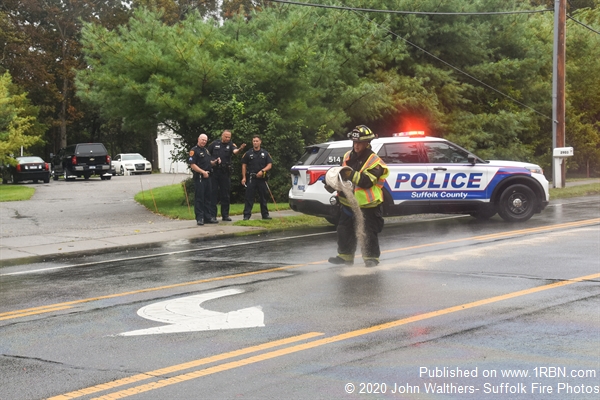 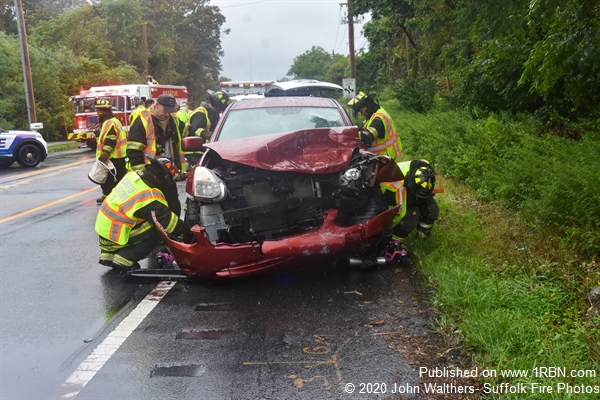 Photo by John Walthers- Suffolk Fire PhotosBrookhaven Firefighters use Go-Jacks to move 1 vehicle out of the road. 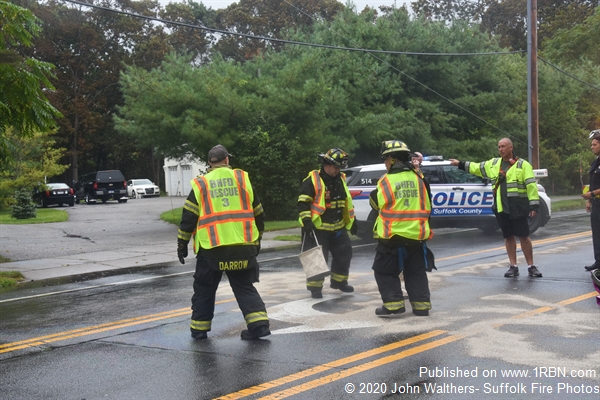 Photo by John Walthers- Suffolk Fire PhotosChief of Department DiPinto is seen Directing his men on what to do. 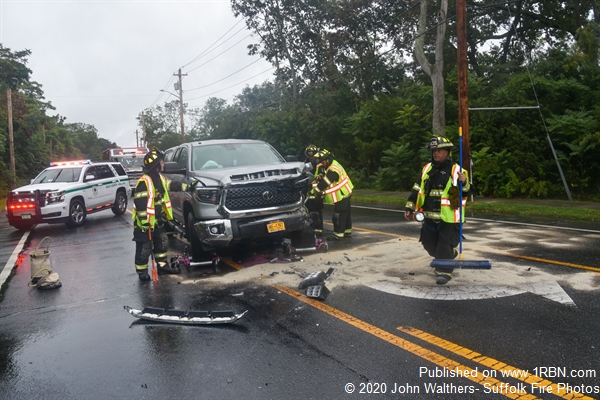 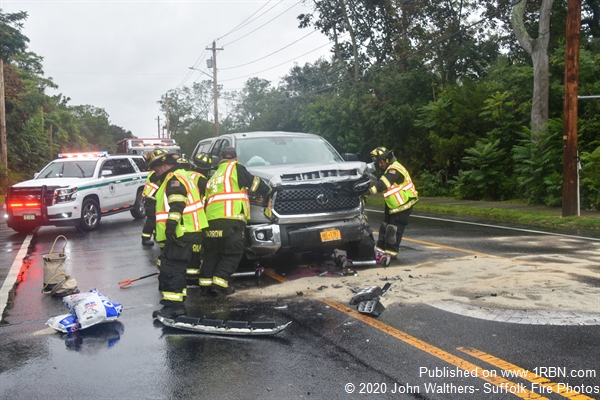 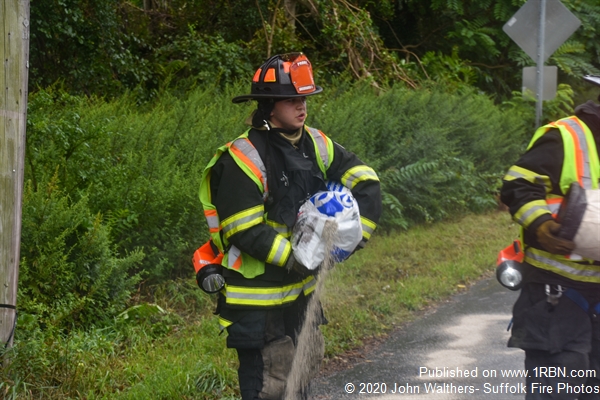 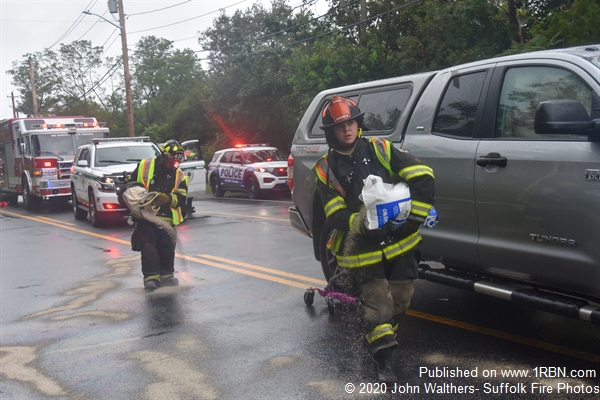 Brookhaven, NY - On Saturday, August 29th, at 1:10 P.M., the Brookhaven FD and South Country Ambulance responded to a report of a vehicle crash on Montauk Highway, west of the dog park. Rescue 3, Rescue 4 and Fire Police Units 15 & 19 responded under the command of Chief DiPinto. On Arrival, Chief DiPinto advised he had a two-vehicle crash with heavy damage and heavy fluid spill. Firefighters secured both vehicles. Crews from both rescue trucks were also directed to use their speedy dry to clean up as much fluids as they could from the ground. South Country Ambulance checked out two people who refused transport to the hospital. The road was closed for an extended period as K-9 was called in to search for a person who reportedly fled the scene on foot. Suffolk County DPW was requested to bring additional sand/speedy dry to the scene.