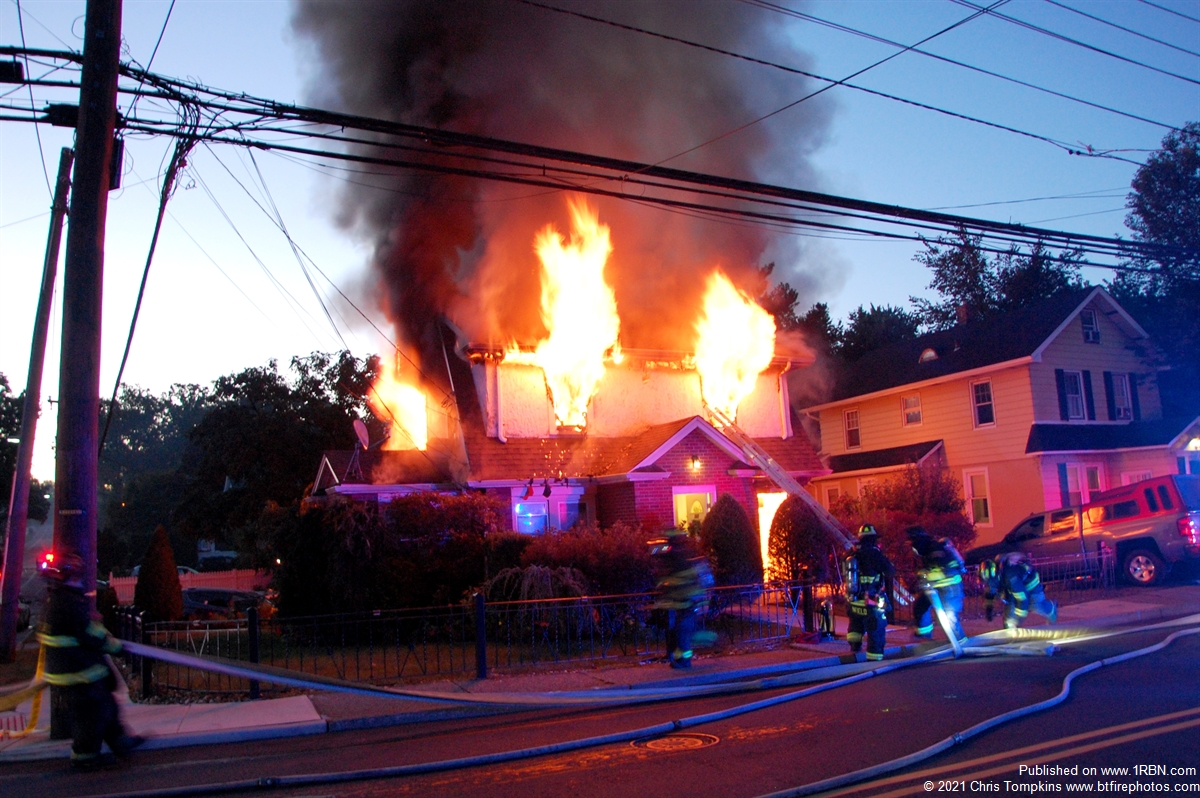 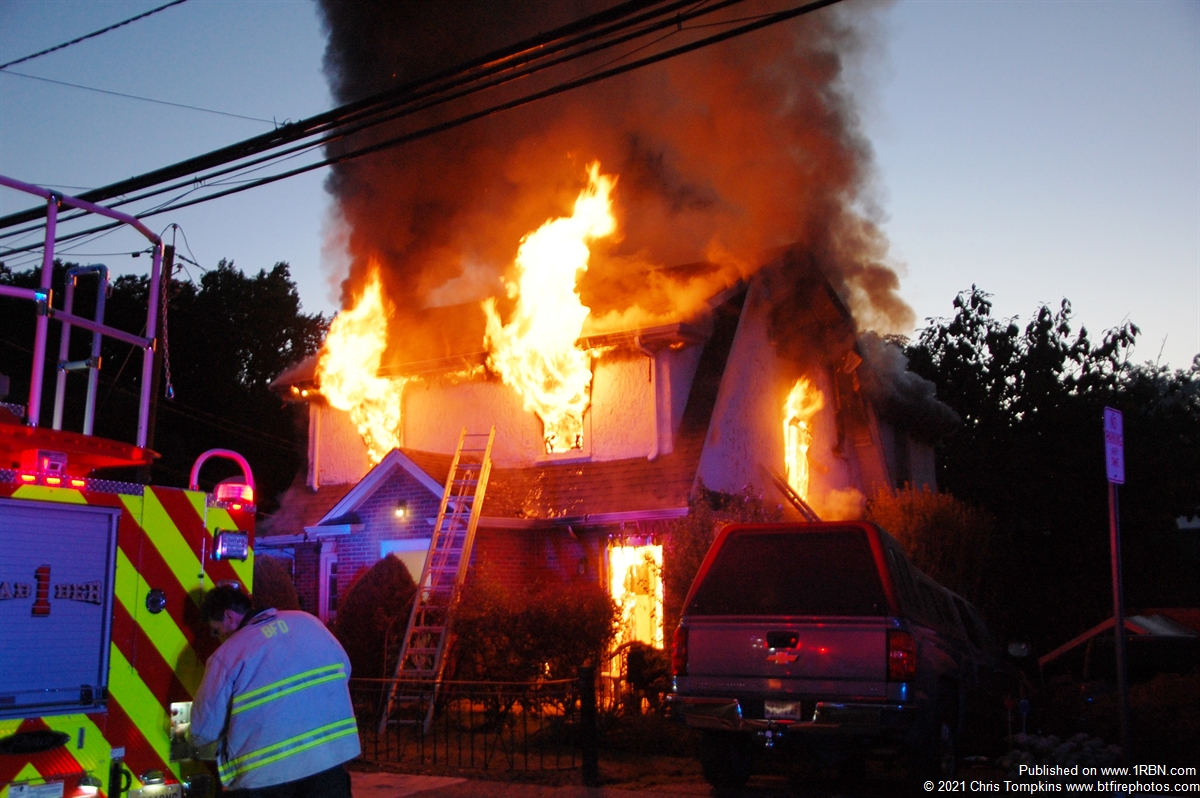 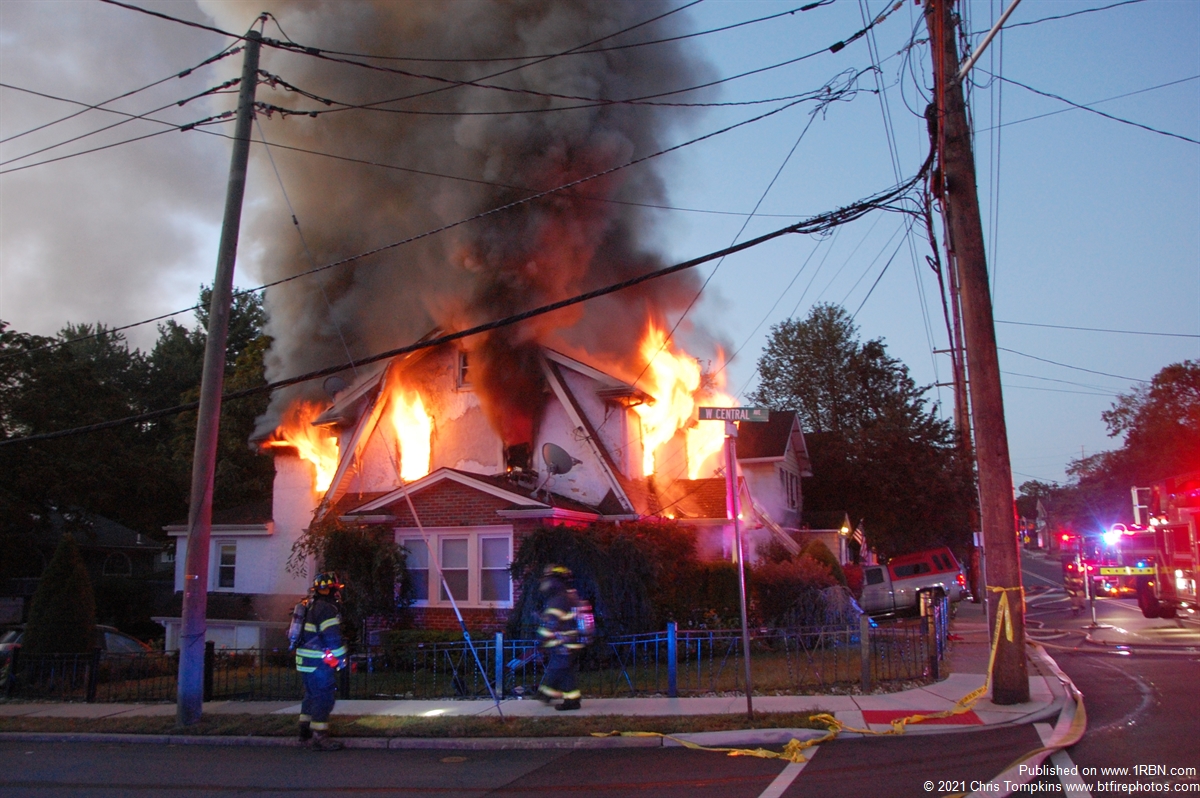 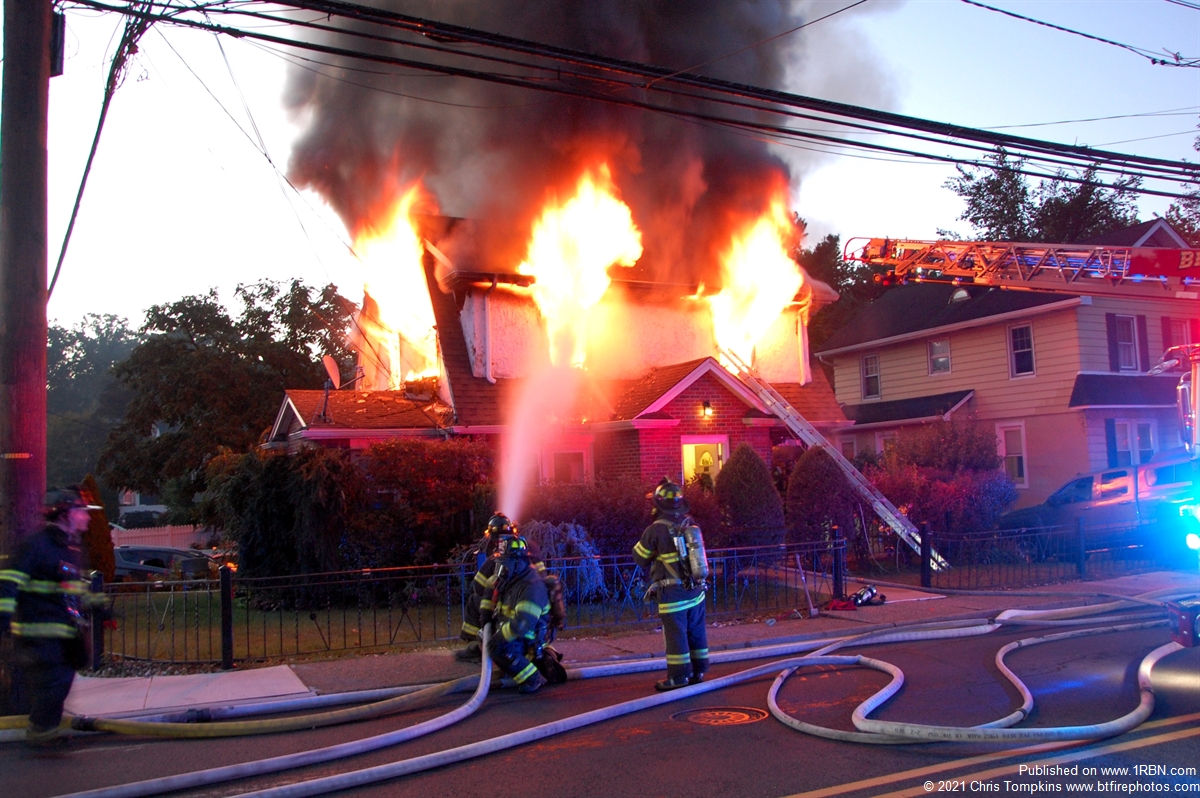 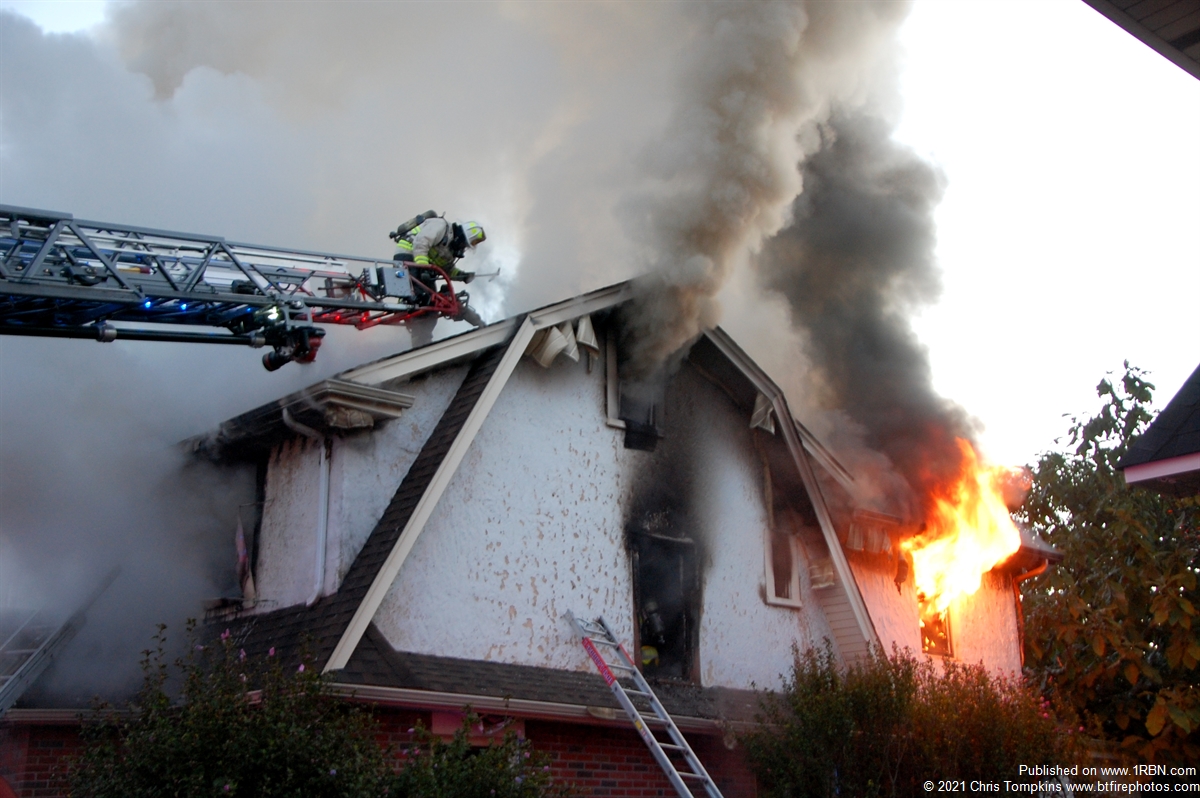 Just before 6:00 A.M., a 9-1-1 call came in from a woman screaming for help for an unknown cause at 141 North Prospect Ave. Bergenfield PD arrived on scene to find a working fire and requested the fire department.

A neighbor along with police officers used a ground ladder to rescue two residents from the roof. Two others were able to escape on their own. Moments later, Assistant Chief Naylis arrived on scene to find heavy fire venting out of multiple windows on the second floor and transmitted the second-alarm. Ladder 1 and Engine 1 arrived on scene and went into service with a one-and-three-quarter inch line through the front door. Engine 3 arrived and hit a secondary hydrant.

Crews searched the first floor and attempted an interior attack, however were unable to make any progress on the fire. Firefighters stretched a two-and-a-half inch line and hit the fire from the exterior as additional lines were stretched.

Mutual aid arrived on scene and assisted in the fire attack. Ladder 1 crews vented the roof and opened up windows. It took firefighters about 30 minutes to knock down the main body of fire, however there was extensive overhaul to perform including checking for any further hot spots.

Mutual aid from Dumont, New Milford and Englewood assisted on scene. No injuries were reported, and the cause of the fire is under investigation.