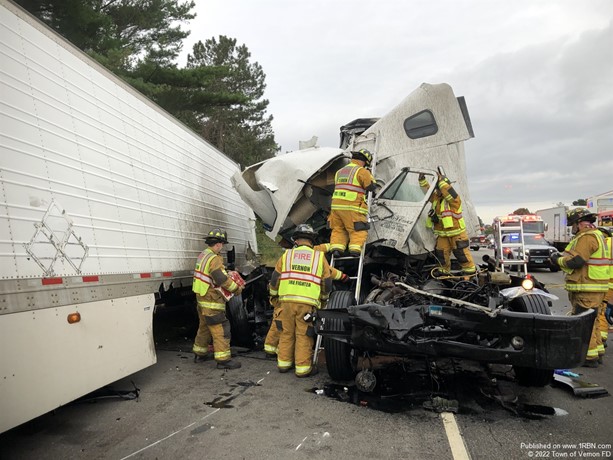 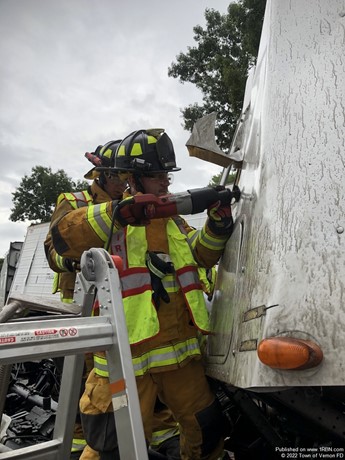 Photo by Town of Vernon FDVernon Firefighters gain access to the rear sleeper of the cab via sawz-all where the operator was entrapped. 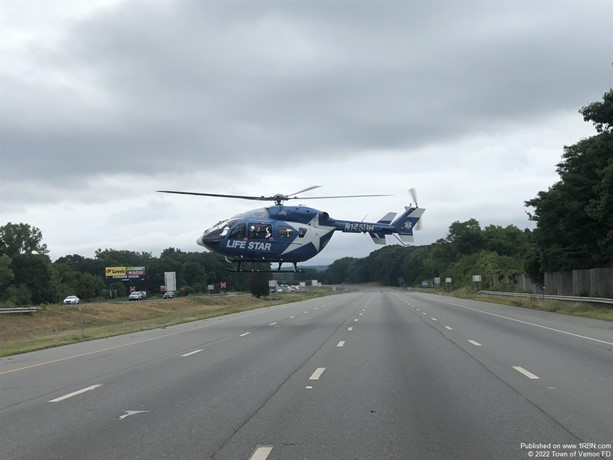 Photo by Town of Vernon FDLifestar helicopter lands in the Eastbound lane to transport the critically injured TT Unit operator. 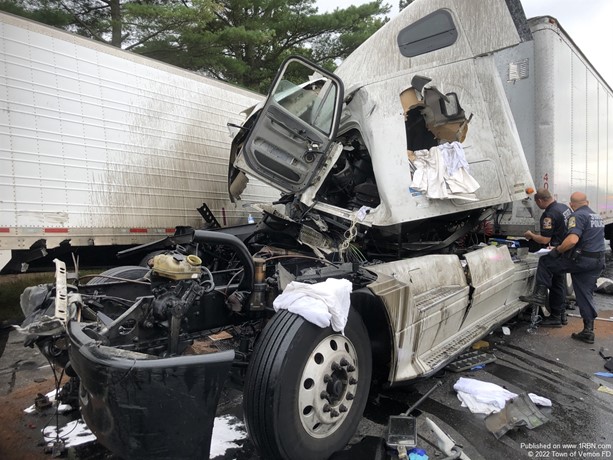 VERNON, CT - On the morning of August 22nd just before 7:30 A.M., the Town of Vernon FD, along with Vernon EMS, Rockville Medic, and Connecticut State Police responded to I-84 East, just past Exit 64/65, for a serious motor vehicle accident involving two tractor-trailers.

First arriving units found one operator outside the vehicle with minor injuries, while the other operator in the second TT unit was heavily entrapped with serious injuries. Extrication of the trapped operator commenced with hydraulic tools off Rescue 141 and Squad 441. LIFE STAR helicopter was originally unavailable due to weather, however became available and responded to the scene and landed on the Interstate. Extrication of the operator lasted for just over one hour due to the severe damage. They were transported to an area Trauma Center via Life Star.

The Connecticut Department of Energy & Environmental Protection (DEEP) and Connecticut Department of Consumer Protection responded to the scene to handle large quantities of fuel leaking from both vehicles and the large quantity of food products, respectively. The highway remained closed to only one passable lane during the accident reconstruction.