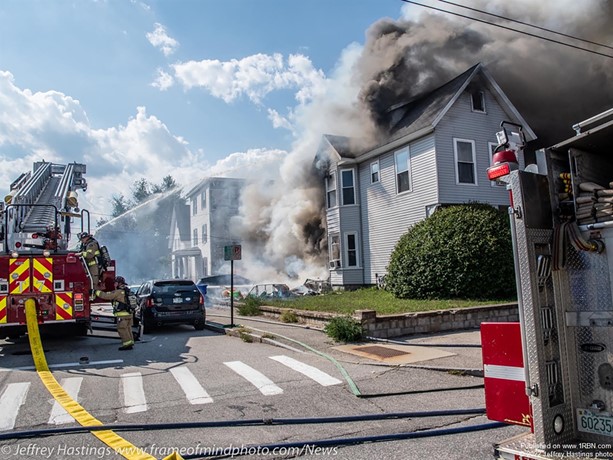 Photo by Jeffrey HastingsFirst arriving companies were confronted with heavy fire and smoke. 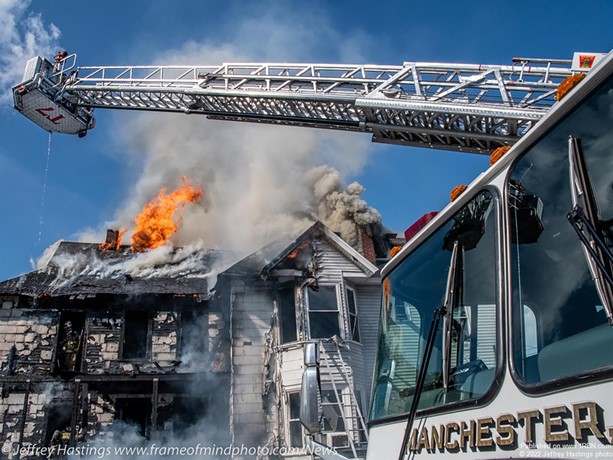 Photo by Jeffrey HastingsHeavy fire blows from the vent holes after crews were ordered out of the building and went to a defensive mode. 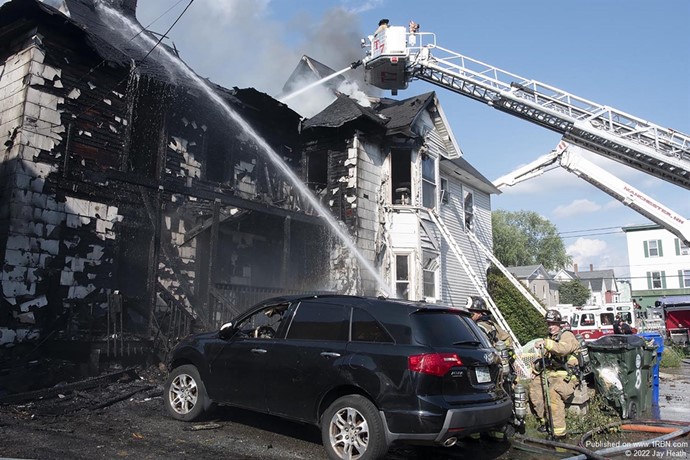 Photo by Jay Heath Three Tower Ladders and numerous hand lines went into operation to knock down the heavy fire. 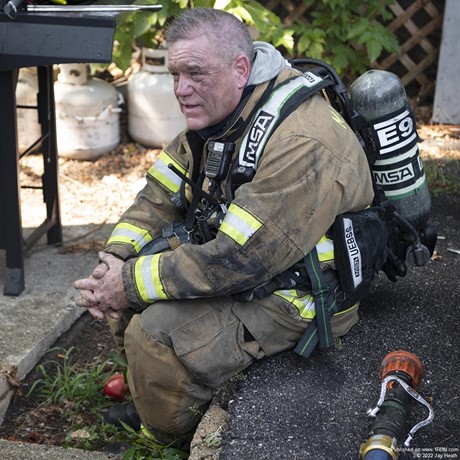 Photo by Jay Heath A Manchester Lieut takes a break after battling the 2-alarm blaze. 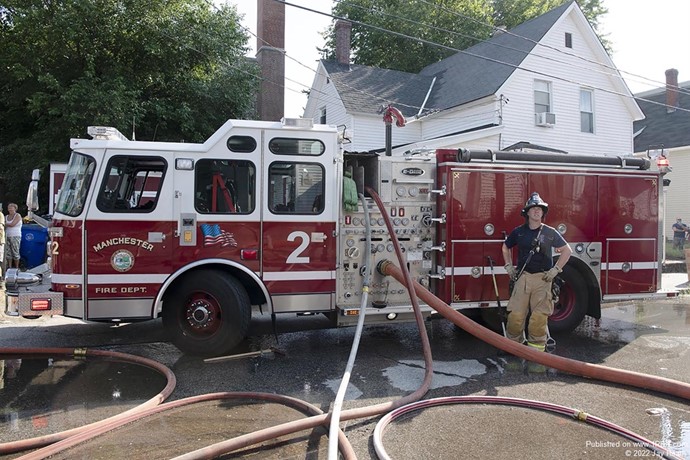 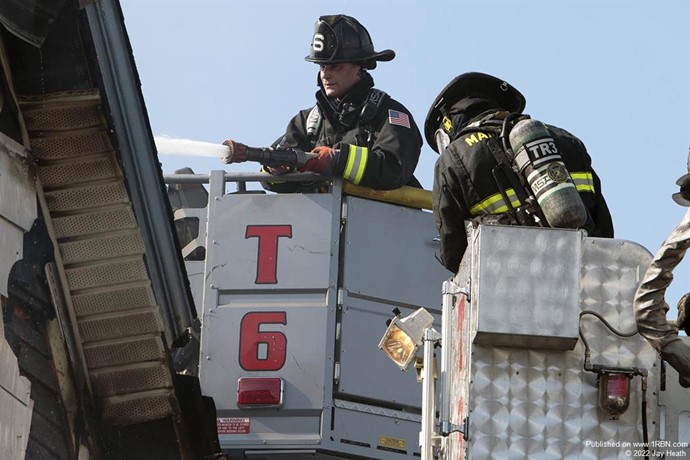 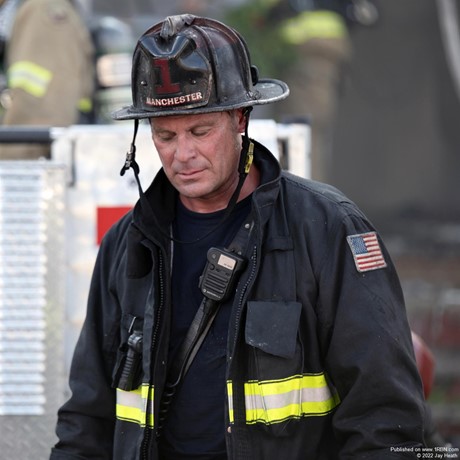 Photo by Jay HeathA Truck 1 Firefighter takes a break as Firefighters battled temperatures in the 90s. 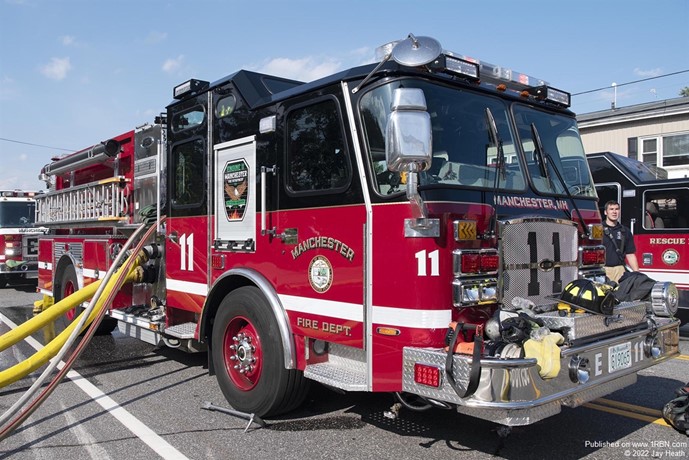 Photo by Jay Heath Engine 11 set up on Elm Street.

MANCHESTER, NH - City firefighters battled a two-alarm fire at 34 Elm Street on Monday afternoon, August 29th, at the same building that burned 22 years ago and claimed the lives of two teenagers and Veteran Firefighter David A. Anderson of Engine Co 11.

That fatal fire occurred on the morning of December 23, 2000. Manchester Firefighter Anderson, 43, a 16-year veteran of the department at the time, died after collapsing in front of the three-unit tenement, said Fire Chief Andre Parent. He was part of the team of firefighters who fought to rescue the teen and his younger brother from the attic bedroom of their burning apartment building that fateful morning.

Chief Parent, who was set to retire September 1st after more than 34 years with the department, said he felt a chill as soon as he heard the address Monday afternoon. "I was here with Dave that day, and this might be my last fire," said Chief Parent.

Monday's fire came in at 3:19 P.M., and first arriving companies were confronted with heavy fire on the south side porches that had extended into all three floors of the building. A second-alarm was struck at 3:24 P.M., followed by a manpower recall of all off-duty firefighters at 3:36 P.M.

Heavy fire and heat conditions caused damage to an adjacent building to the west of the fire building. Chief Parent reported that four adults, two children and several animals safely escaped the blaze. One firefighter suffered heat exhaustion, as firefighters battled the fire on another hot humid summer day. Firefighters made an aggressive interior attack of the fire and trucks vented and opened up, but due to the fast-moving fire on all three floors, crews were ordered out of the building and transitioned to a defensive mode.

Three Tower Ladders and numerous hand lines went into operation to knock down the heavy fire. Fire companies then reentered to overhaul and open up walls and ceilings to extinguish pockets of fire. Several mutual aid communities were brought in to cover Manchester's 10 firehouses. The fire was brought under control at 5:21 P.M., and the cause of the fire is under investigation.