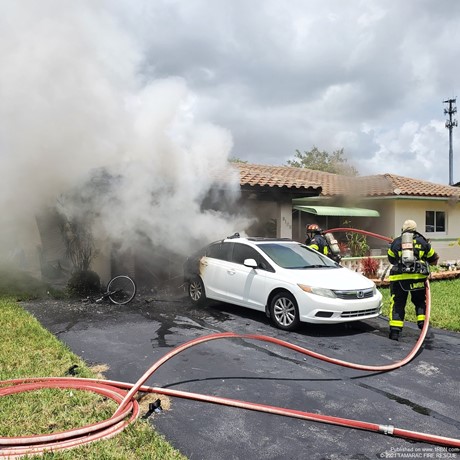 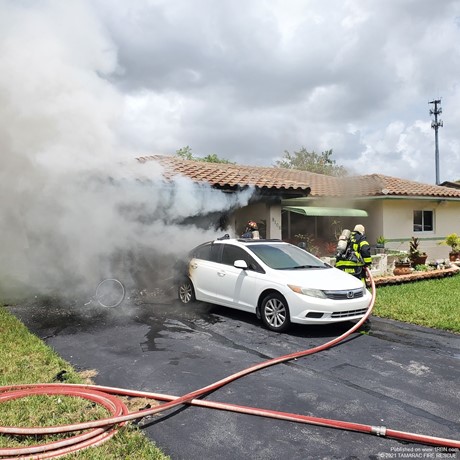 On August 26th, Tamarac Fl, Station 15, 41, 36 mutual aid from No. Lauderdale and Lauderhill Fire Rescue Responded to residential fire, on 72nd street Tamarac: units responding reported heavy smoke in the area and upon arrival smoke and flames rolling out of garage. Arriving units quickly deployed lines and started to extinguish the fire. No one was injured during the blaze and the fire was confined to the garage.

Community Risk Reduction remained on scene to investigate the possible cause.