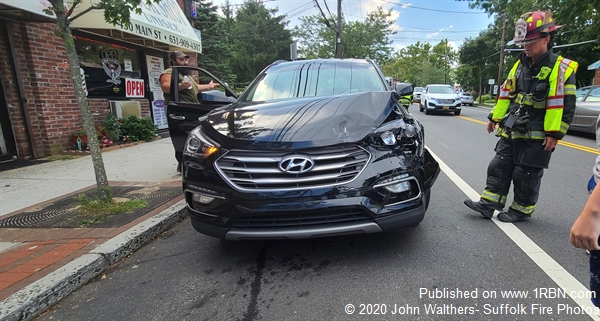 Photo by John Walthers- Suffolk Fire PhotosCrew from Engine 1 cleaning up the scene. 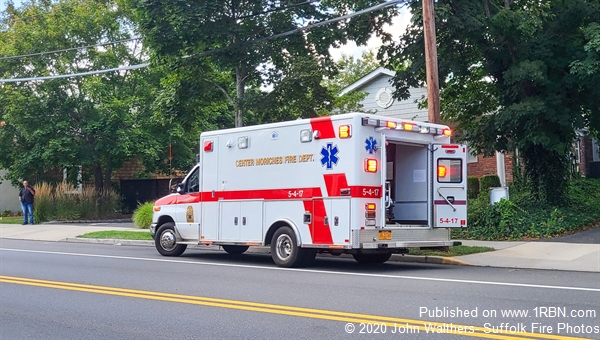 Center Moriches NY- On Saturday August 22, 2020 at about 3:40 PM the Center Moriches fire department was called out for an MVA on Main Street near Canal Rd. Center Moriches Engine 5-4-1 , Fire Police, Medic 65 ambulance 17 , Chiefs 30 & 32 all responded along with a Stony Brook University Hospital Ambulance. Chief Ian Foley (5-4-30) arrived on scene along with the crew from engine 1 to fine a 2-vehicle crash, no one was pinned and the occupants of both vehicles were conscious and alert.

The Hyundai had rear ended a ford pickup and there were debris in the road way which Engine 1’s crew was was directed to clean up. While the crew from engine 1 was cleaning that up the Medic, and ambulance crews were speaking to the driver of the Hyundai who was evaluated and transported to a local hospital with minor injuries. The driver of the pickup was not injured. Fire department personnel operated on scene for about 20 minutes before going back in service.