Two Jump to Safety at 3-Alarm Fire in Concord 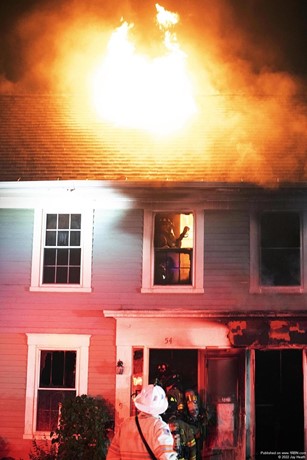 Photo by Jay Heath A Concord firefighter works to extinguish the heavy fire in the attic after Tower 1 vented the roof. 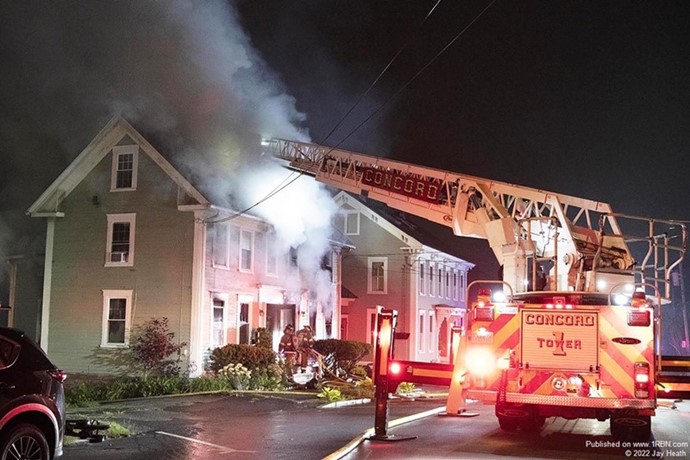 Photo by Jay Heath Two residents jumped from the second floor prior to the arrival of the first due companies. 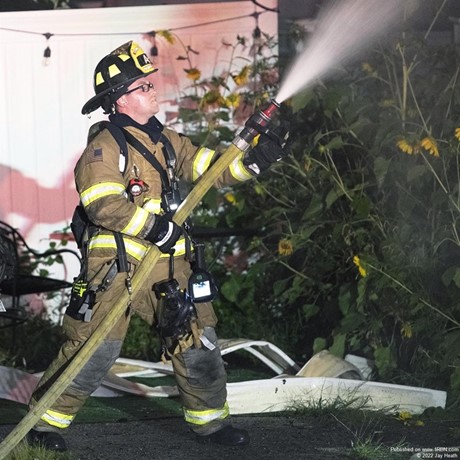 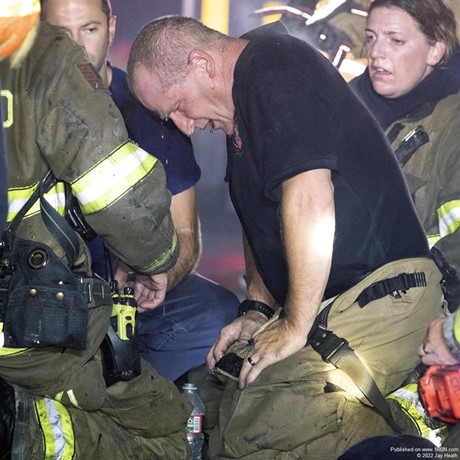 Photo by Jay Heath This city firefighter was treated for heat exhaustion after battling the 3 Alarm fire. 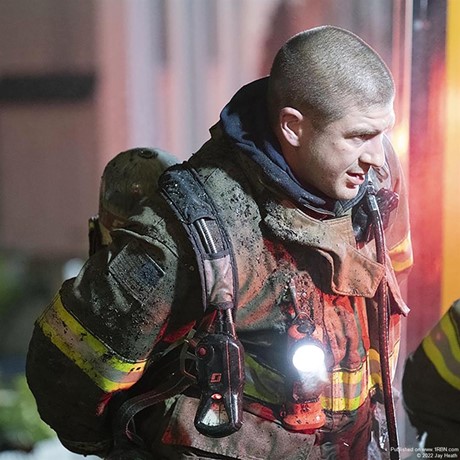 Photo by Jay Heath A Concord firefighter come out for a new bottle. 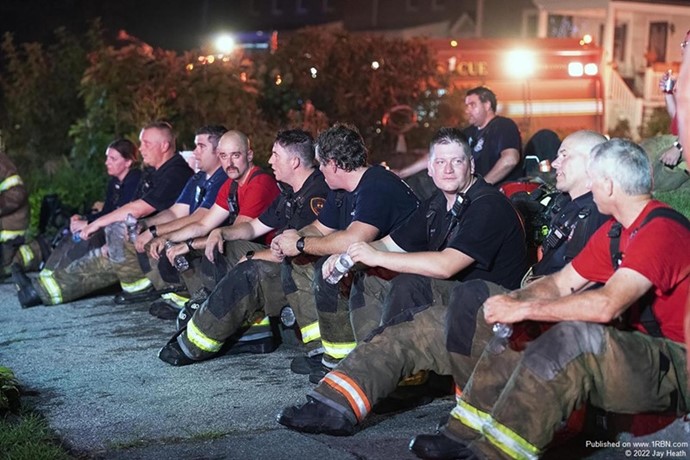 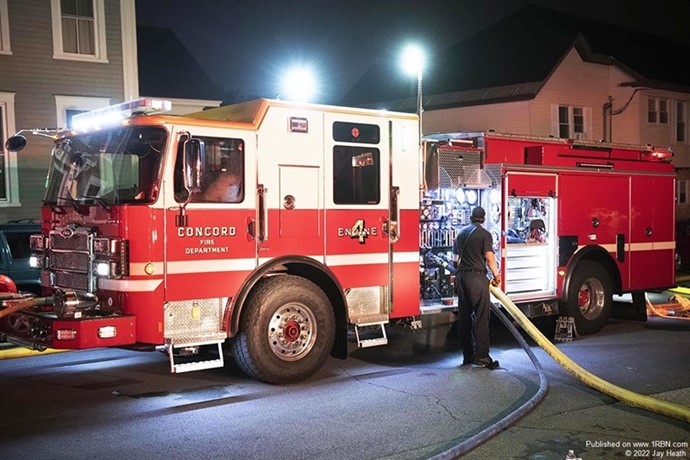 Photo by Jay Heath Concord Engine 4 at the scene of the 3-Alarm fire.

CONCORD, NH - Two people were able to jump to safety from a second-story window early Saturday morning, August 27th, in a fire that engulfed a two-family home near downtown Concord.

The Box Alarm was dispatched at 12:18 A.M., reporting a building fire at 54 Rumford Street, a two-and-a-half story duplex. Engine 4 reported heavy fire showing from a block away, and the two residents had jumped from the burning home prior to the arrival of the first due companies.

Companies found the rear of the duplex well involved and fire showing from the front as well. A second-alarm was called for at 12:24 A.M. as crews made an aggressive attack on the fire until the primary line burst for an unknown reason. Tower 1 went to the roof to vent, as crews reassembled and made an interior attack to knock down the heavy fire. A third-alarm was transmitted at 12:34 A.M., including a general-alarm requesting all off duty Concord firefighters to report to work and cover the city's stations.

The two-family apartment building was built in 1840, making for tough firefighting as crews opened up interior walls and ceilings, and extensive overhaul operations throughout the night. The fire was declared under control at 2:23 A.M., and crews remained on scene throughout the night. One firefighter was treated for heat exhaustion at the scene and one occupant was transported to the hospital. The fire is under investigation by the Concord Fire Department.