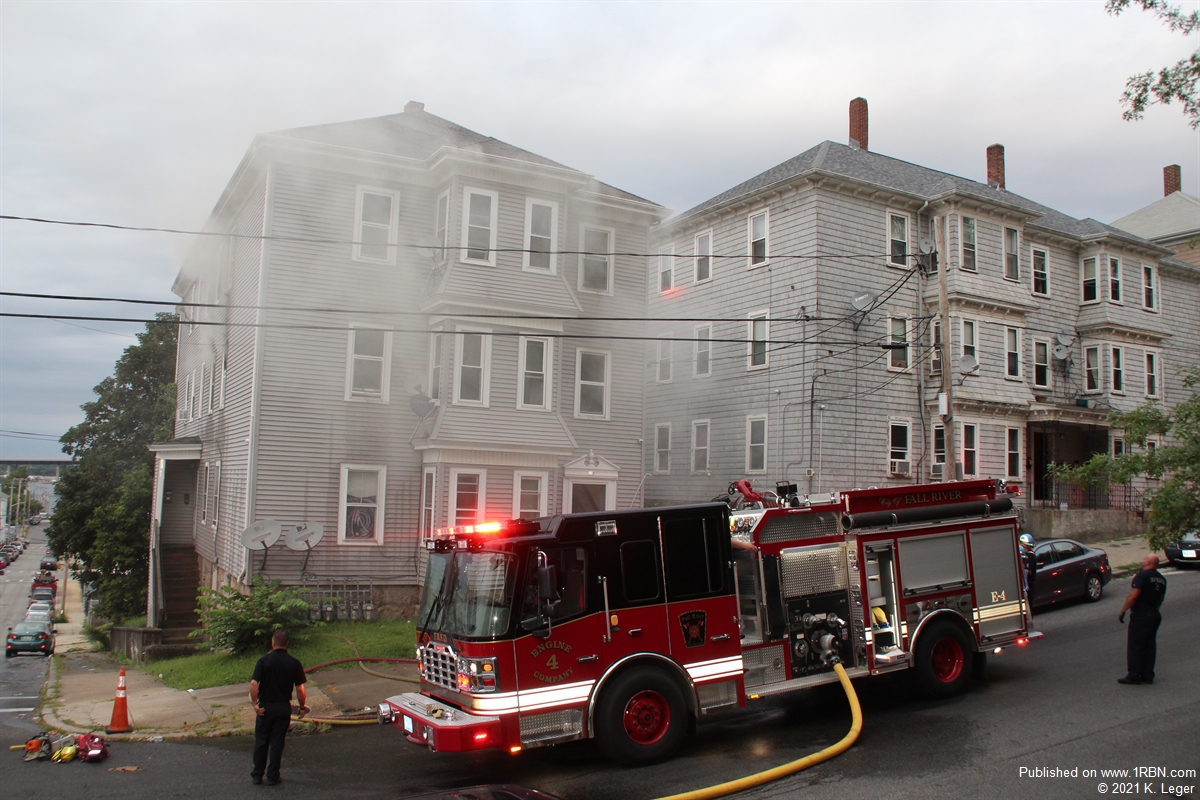 FALL RIVER, MA - Around 6:30 on August 28th, firefighters responded to 210 Bradford Avenue on a still alarm.

Engine 4, while still several blocks away, reported heavy smoke showing on approach. When they arrived on scene they reported flames showing from the second floor. Firefighters went to work and contained the fire to the second floor, with smoke and water damage to the other floors.

The fire displaced 25 people and several pets from the six-unit apartment building. Aerial work was blocked by utility wires, so ground ladders were used. Command called for the building inspector as well as the fire investigator to respond, along with Special Services to provide rehab for firefighters.