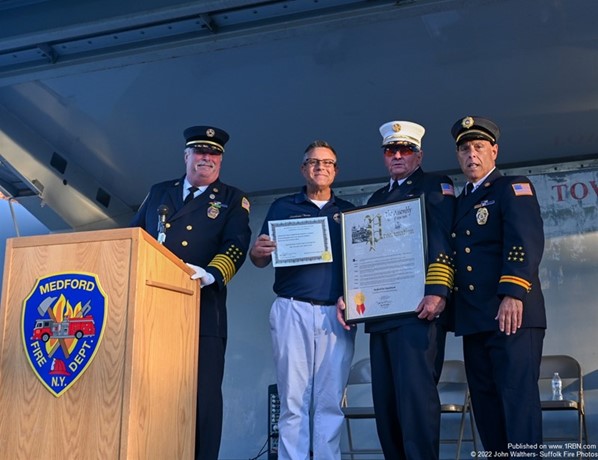 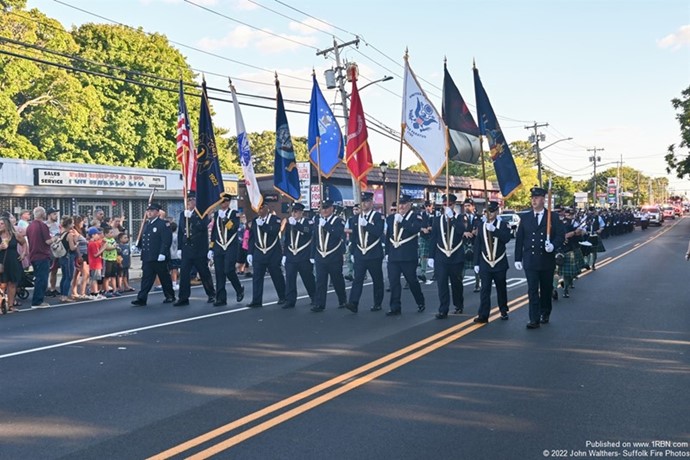 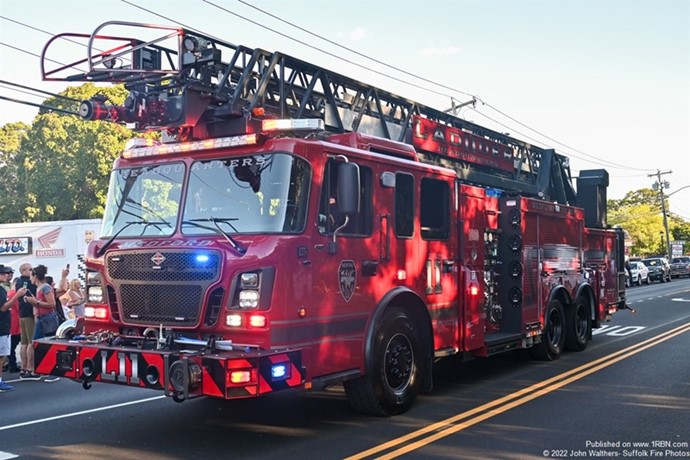 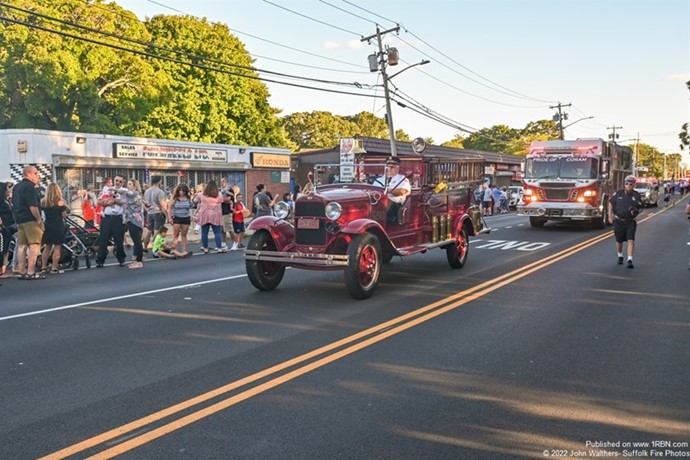 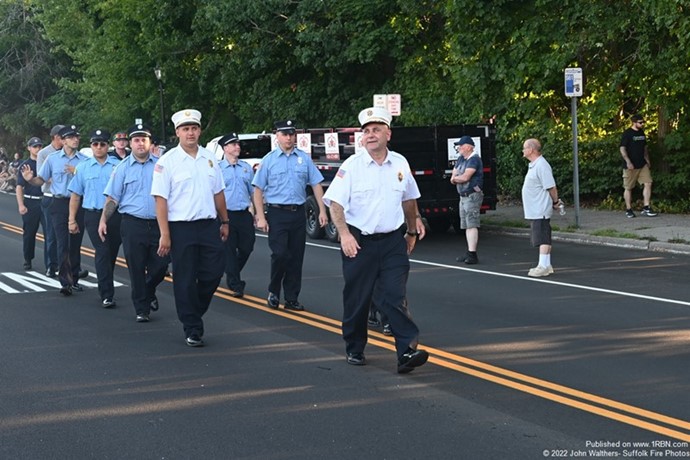 Photo by John Walthers- Suffolk Fire PhotosMastic Fire Department participating in the Medford FD Anniversary parade. This department recieved the award for most men in line. 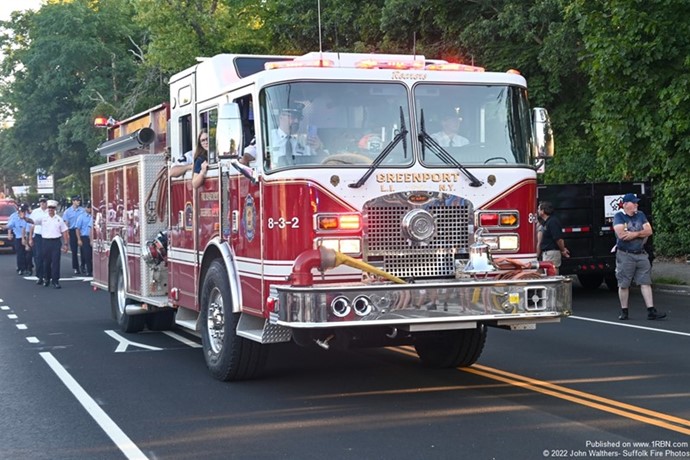 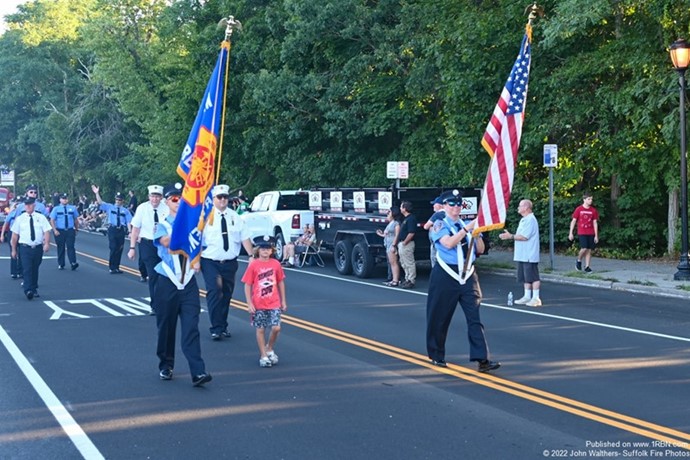 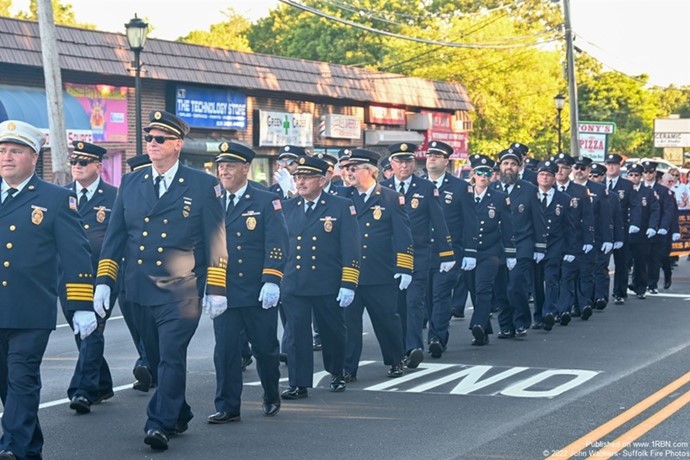 MEDFORD, NY - In August, the Medford Fire Department celebrated its centennial anniversary. In honor of serving the community for 100 years, a parade and celebration was held near the department’s headquarters. Over 30 departments from across Suffolk County participated in the parade, which went down Route 112 from Tremont Avenue to Peconic Avenue. Members marched, departments with bands played and numerous fire apparatus came out from across the county in honor of this milestone anniversary.

After the parade finished the chief of the department was presented proclamations from local officials, including the department's very own commissioner Joe De Stefano who is the Assemblyman for the 3rd district of NY state.

Some other special treats included the Medford FD bringing their brand new ladder out for the the event. The truck had been delivered just a day before. Talk about right on time for the big anniversary event. Congratulations to the Medford FD on 100 years of dedicated service.