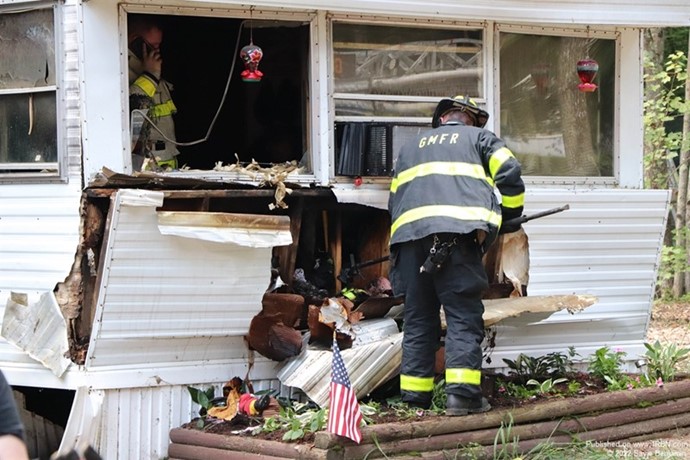 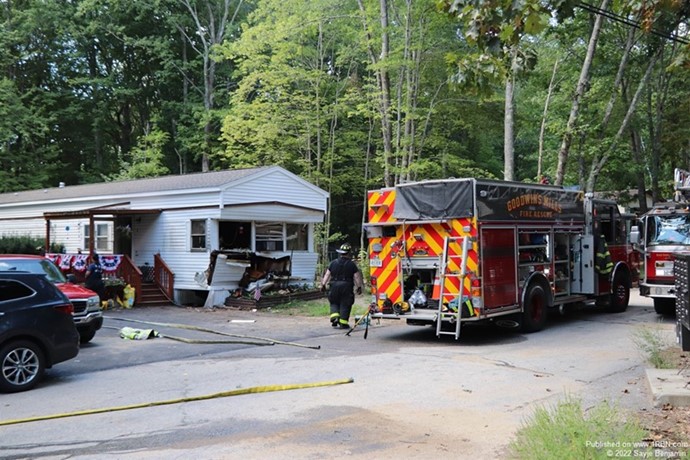 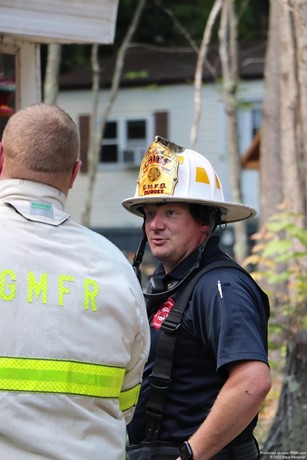 Photo by Sayje BenjaminGMFR Chief Mathiew Duross talks to one of his assistants.

LYMAN, ME - Around 10:30 A.M. on Thursday, August 25th, a Desk Box for Goodwin Mills Fire District was struck for a reported structure fire in the 1 block of Oakwood St. in Lyman. Goodwin Mills Fire Rescue responded with several mutual aid departments. On arrival, companies confirmed a working fire in a mobile home. The fire was luckily confined to a single wall in the front of the trailer. The fire was quickly knocked down and mutual aid was returned to service. There were no injuries. The Goodwin Mills Fire Marshal is investigating the cause of the fire.