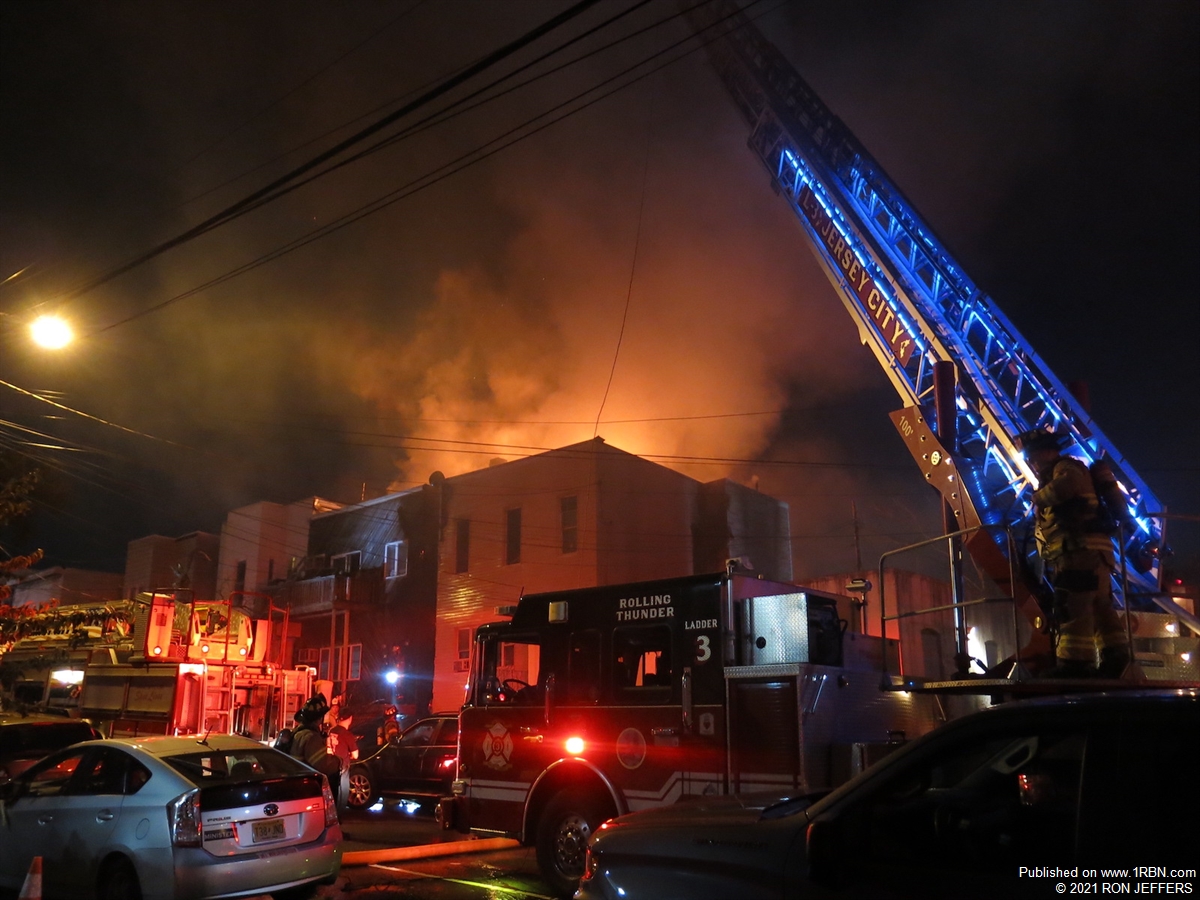 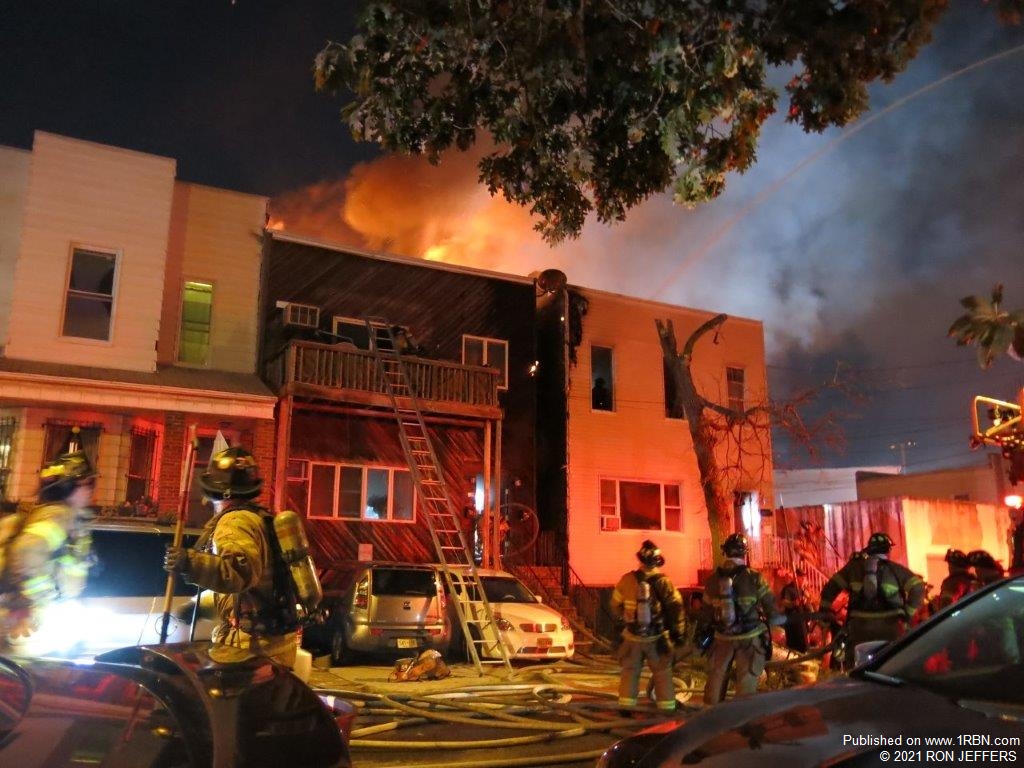 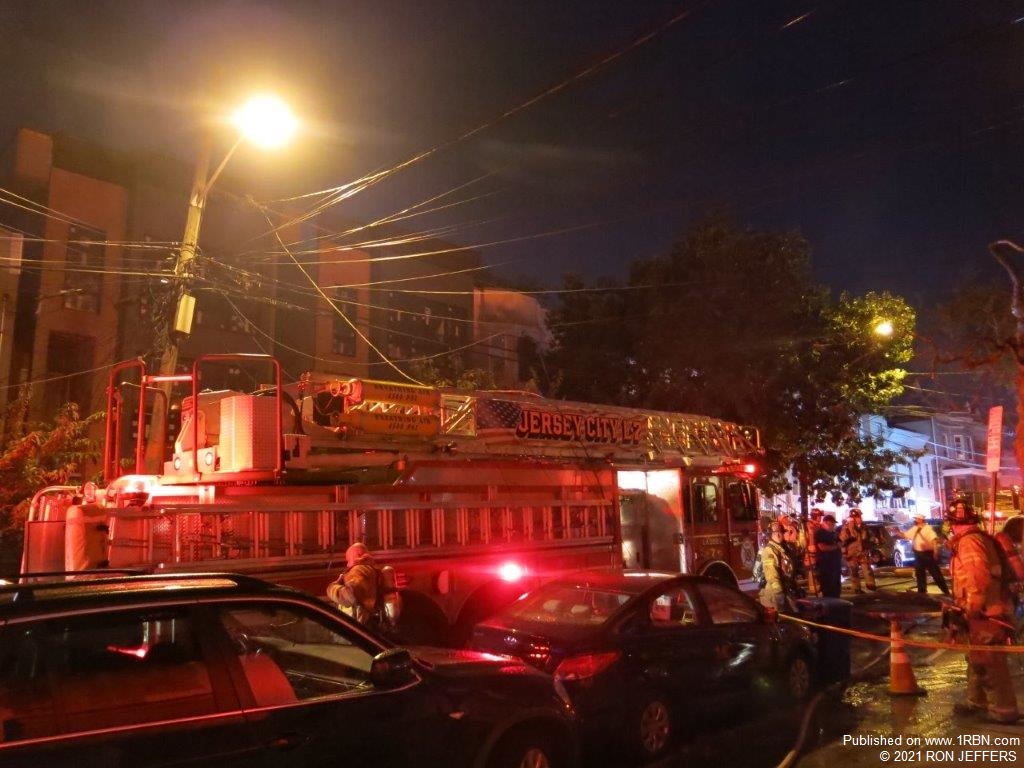 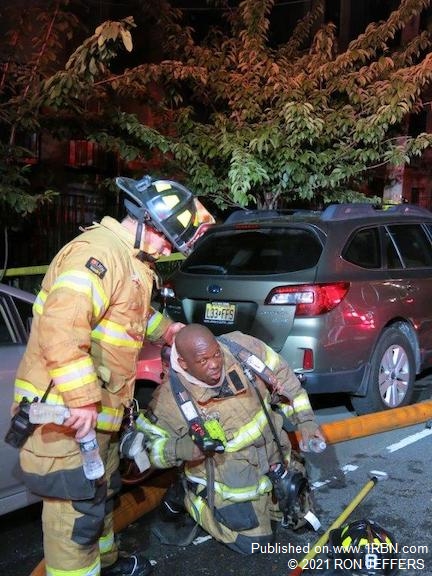 Photo by RON JEFFERSThe Gong Club crew distributed bottled water to firefighters, as the humidity took a toll on members. 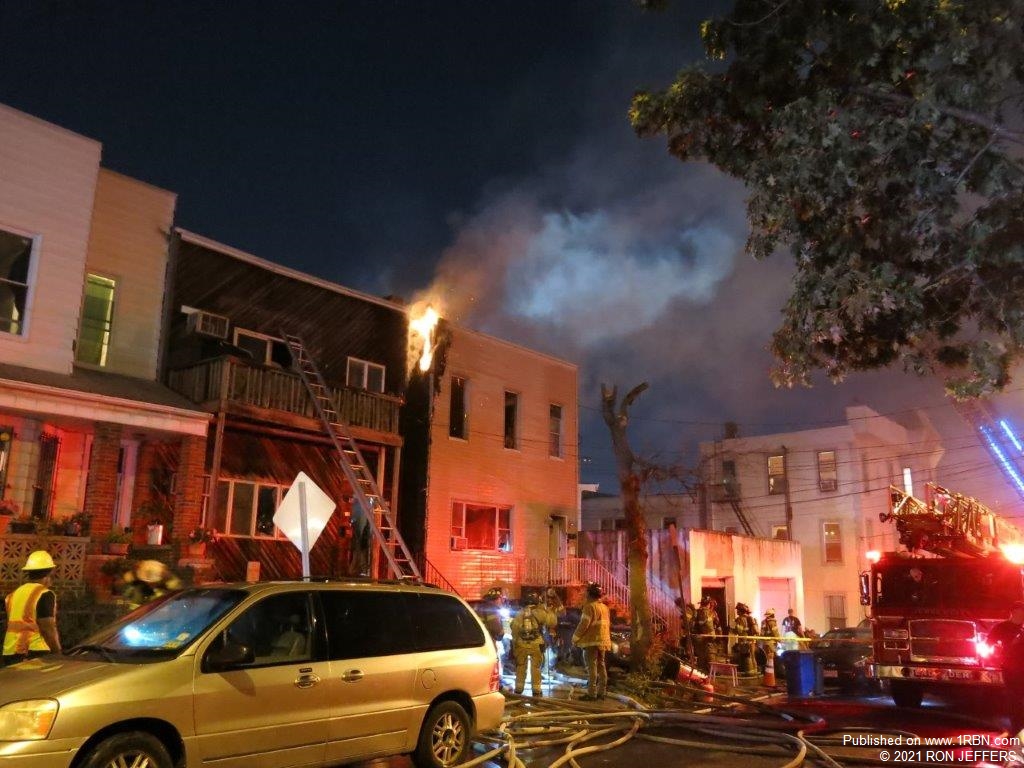 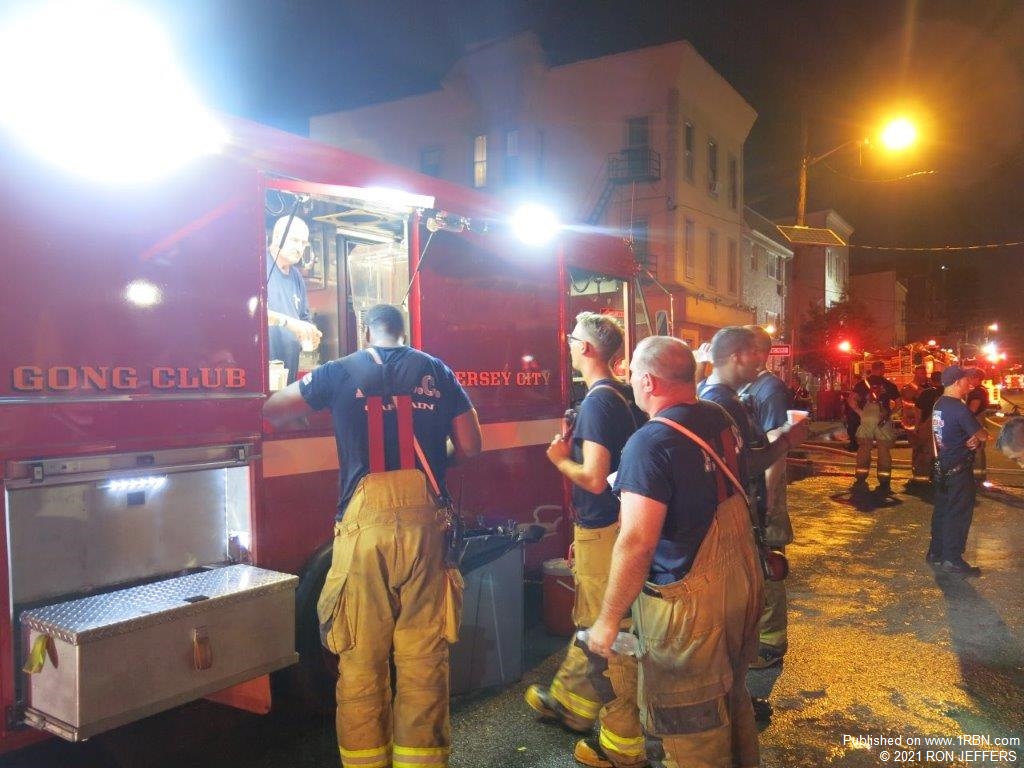 Shortly before 3:00 A.M., a full assignment was dispatched to 10 Irving Street for a fire with a report of two occupants trapped. Engine 14 arrived to report heavy fire in a dwelling, fire between two dwellings, two buildings involved, and the radio transmission ended with the order to strike a second-alarm.

Two residents said they jumped about six-feet from the building to escape the flames. Several EMS units were on the scene tending to residents and firefighters. Approximately seven firefighters were injured. Some suffered from heat exhaustion and dizziness.

The Jersey City Gong Club canteen unit arrived on the scene and the crew immediately distributed bottled water to firefighters along the street and at their vehicle.

Fourth and fifth alarms were sounded for additional resources, on this humid morning, in the middle of a heat wave that hit the metropolitan area after Tropical Storm Henri left its mark.

Flames broke through the roof of number 10, and flames also extended to 12 and 14 Irving Street. Firefighters were ordered off of the roof of the original fire building due to the heavy fire condition.

Residents stood in the street and on porches across the street and watched their homes burn. They were also concerned about their pets that did not escape with them. They were crying for their cats. The crowd applauded when a firefighter brought out one cat to be reunited with its owner.

The main body of fire was darkened down shortly after 4:00 A.M., and the multiple-alarm was declared under control around 5:40 A.M.

The Hudson County Regional Arson Task Force was on the scene to begin an investigation into the cause of the fire.