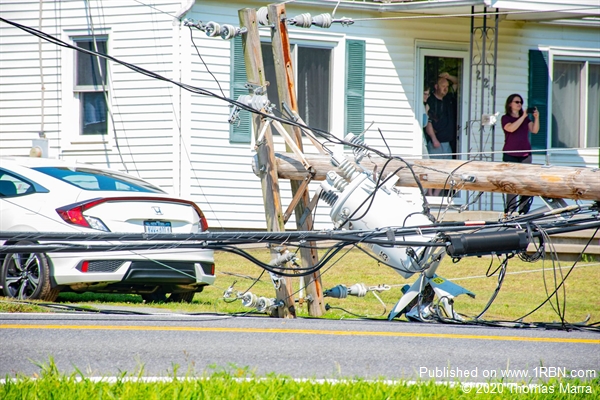 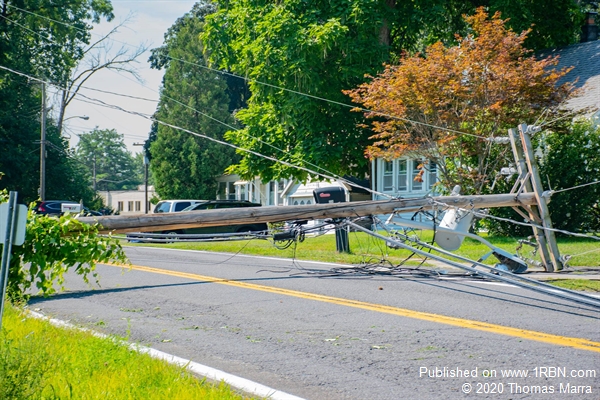 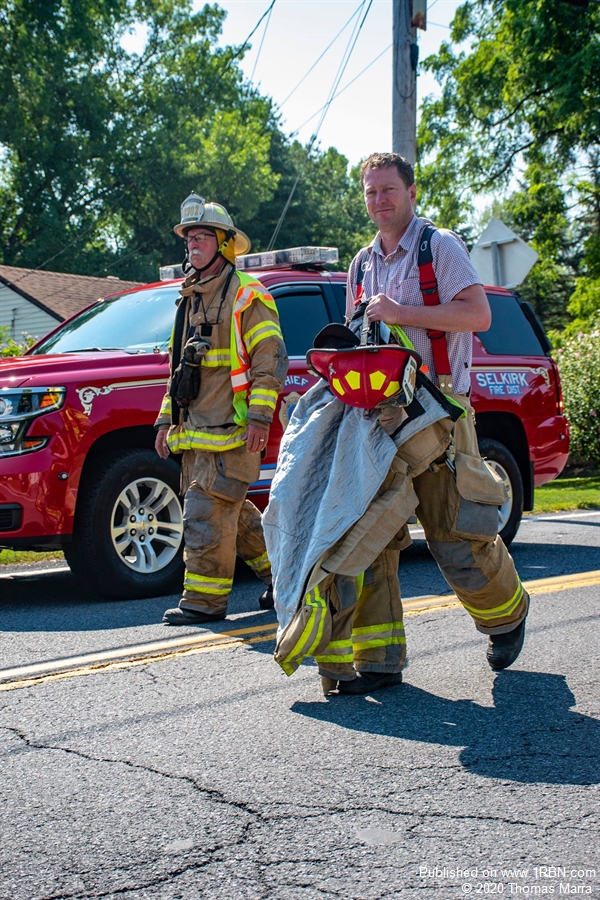 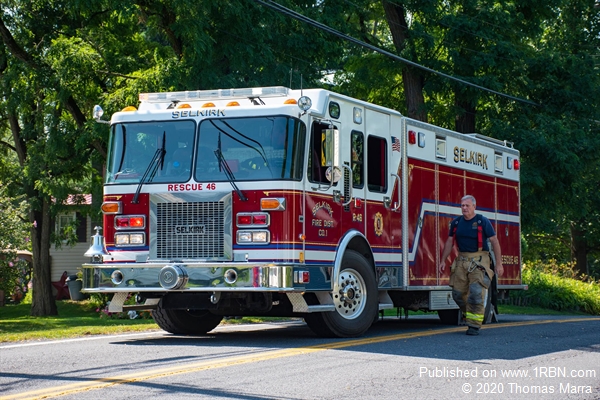 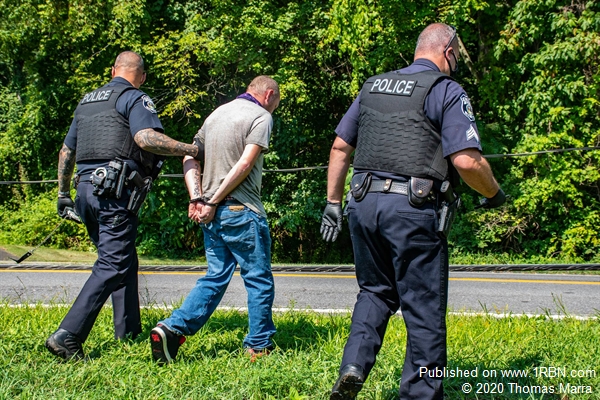 Photo by Thomas MarraThe driver was placed under arrest at the scene. 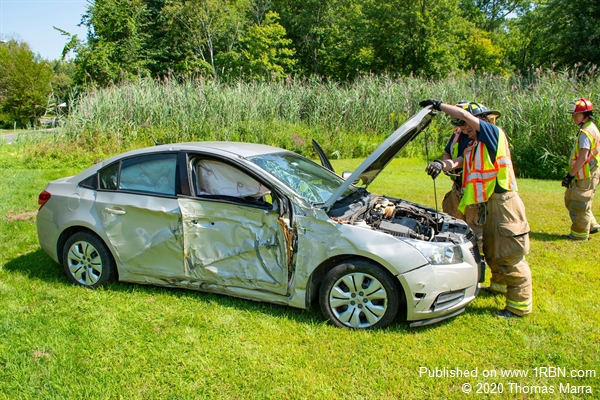 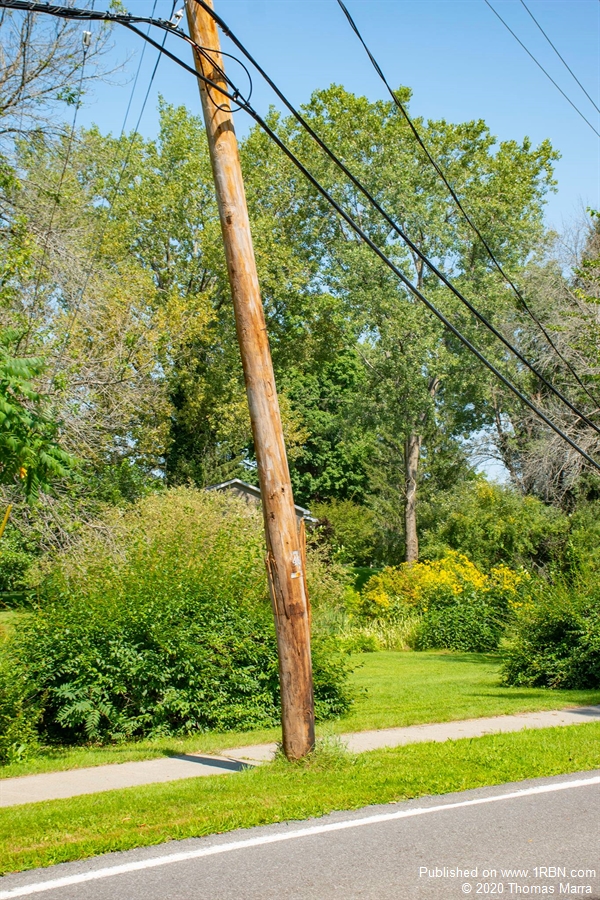 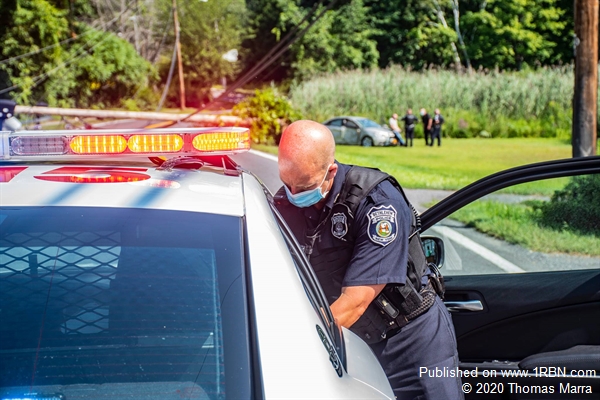 The Selkirk Fire Department was dispatched with Delmar-Bethlehem EMS, Albany County Paramedics and the Bethlehem Police Department for a report of a car that crashed into a utility pole in the area of 246 Maple Ave in Selkirk around 10:45 a.m. on Sunday, August 23.

As firefighters were responding to the firehouse, it was discovered that there were a total of two utility poles across the roadway, and another still standing and snapped at the base.

Maple Avenue was blocked off at Cottage Lane, Hackett Street and at Thatcher Street.

According to a statement from Cmdr. Adam Hornick of the Bethlehem Police Department, it was determined that the driver was travelling westbound on Maple Avenue and veered off the roadway and hit the utility pole on the side.

The vehicle could be seen with part of the utility pole stuck in the passenger door.

Tension from the downed pole caused the other two poles to break.

Hornick says the driver suffered a minor head injury and refused medical treatment on the scene.

Upon further investigation it was determined that the driver of the vehicle was under the influence at the time of the crash.

There were two children in the vehicle who suffered no injuries and were released at the scene to their mother, according to Hornick.

Hornick says the driver of the vehicle was arrested and charged with two counts of Felony DWI/Leander's Law, DWI 1st, DWI Operating a Motor Vehicle with .08 or more, V/T Law 1128 Failed to use Designated Lane, V/T 1227 Drinking Alcohol in a Motor Vehicle on a Highway, and two counts of Endangering the Welfare of a Child.

The driver was issued the tickets and was released to return to the Town of Bethlehem Court on September 1.