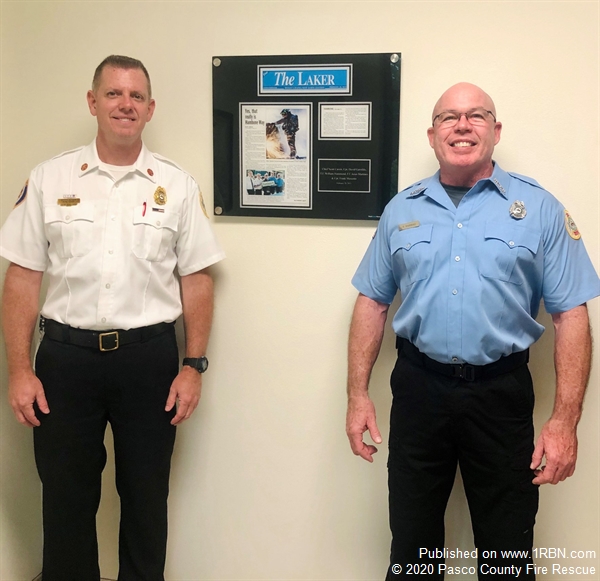 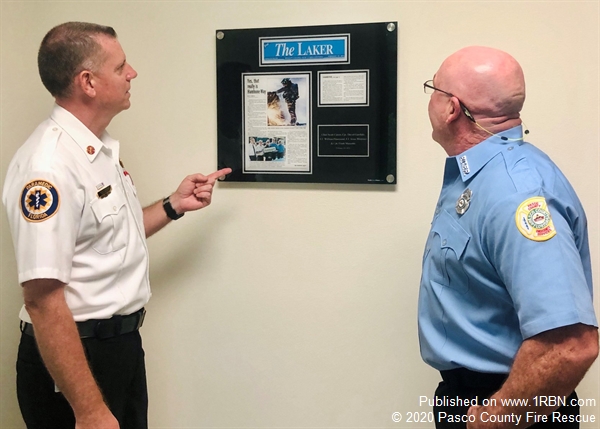 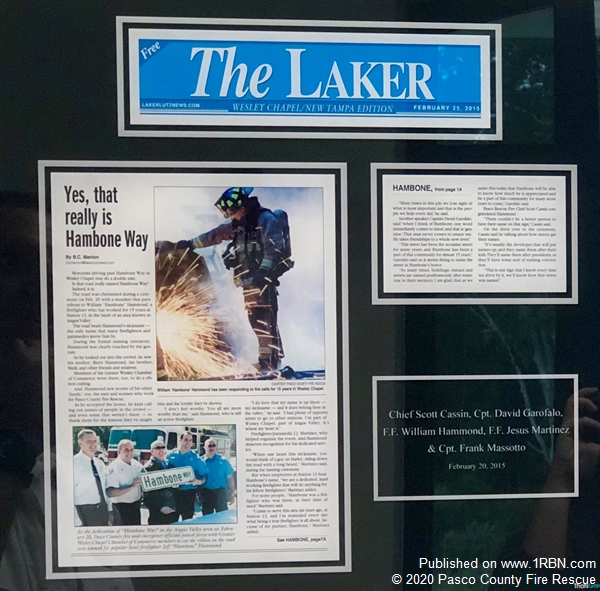 Have you ever wondered where the name for Hambone Way in Wesley Chapel came from?
In February of 2015, many of Pasco County Dignitaries and Leaders, including the Greater Wesley Chamber of Commerce, gathered to christen what was previously an unidentified road, as “Hambone Way”. Hambone Way in Wesley Chapel, Florida, is named after devoted firefighter William Hammond, who has dedicated over 18 years of service to the citizens of Pasco County, specifically, the heart of the Wesley Chapel area known as “Angus Valley”.


Recently, Fire Chief Scott Cassin made an appearance at Pasco County Fire Rescue Station 13 to present and dedicate a plaque of the article reporting the establishment of “Hambone Way” originally published in “The Laker” Wesley Chapel/New Tampa edition on February 25, 2015, to Firefighter Hammond. The plaque will remain a permanent fixture in the station and will serve in the tradition of showcasing the history of the specific station within its lobby. The Fire Chief, commending Firefighter Hambone’s dedication, expressed that he is “truly grateful to have the opportunity to honor an individual who has been of instrumental value to the department”.