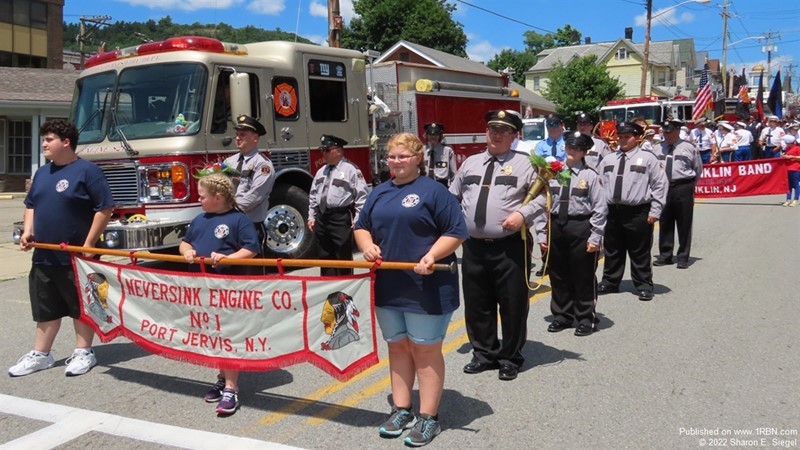 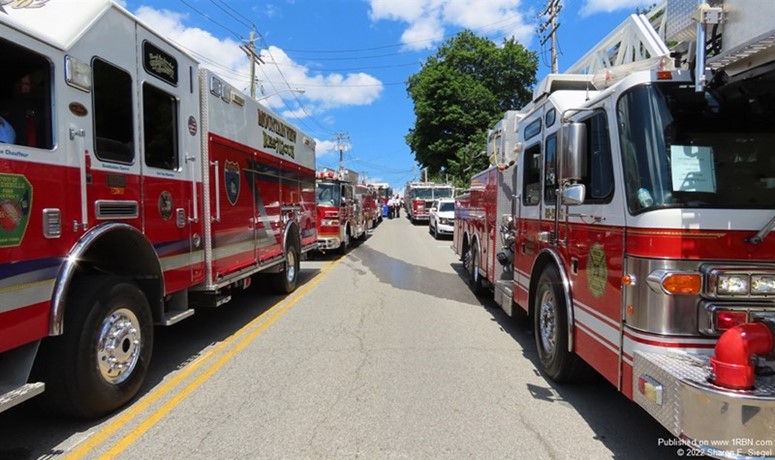 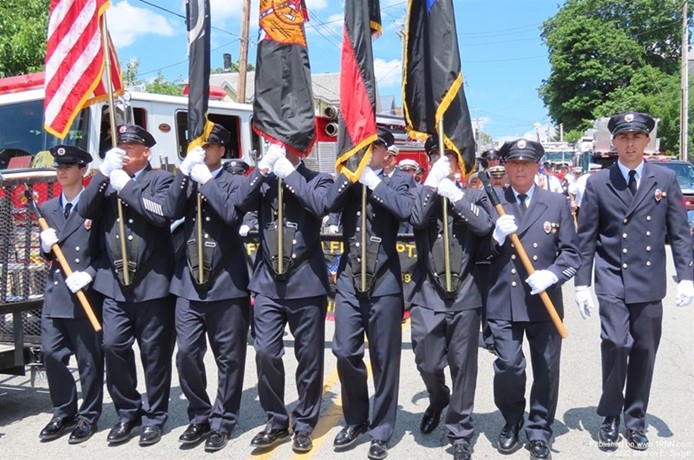 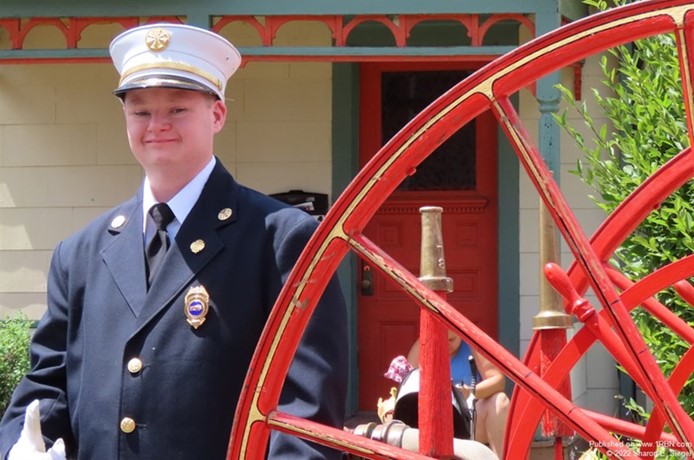 Photo by Sharon E. SiegelProudly waiting for the parade to step off. 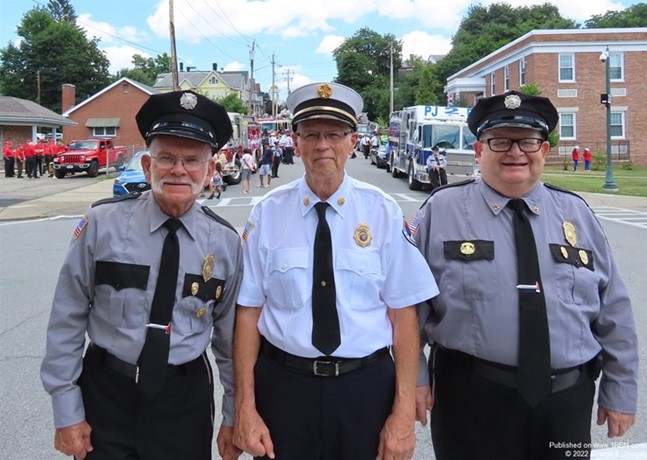 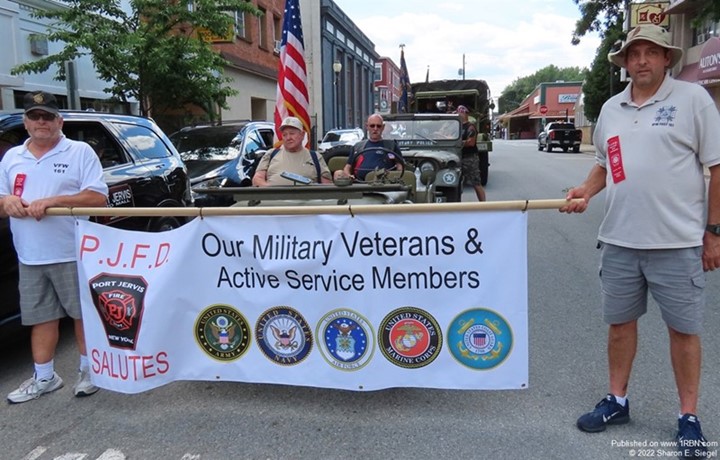 Photo by Sharon E. SiegelVeterans of the Port Jervis region were saluted by Port Jervis Fire Department and the community. 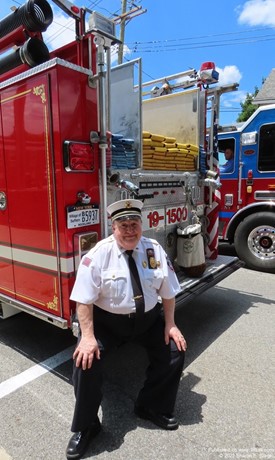 Photo by Sharon E. SiegelWaiting for the parade to step off. 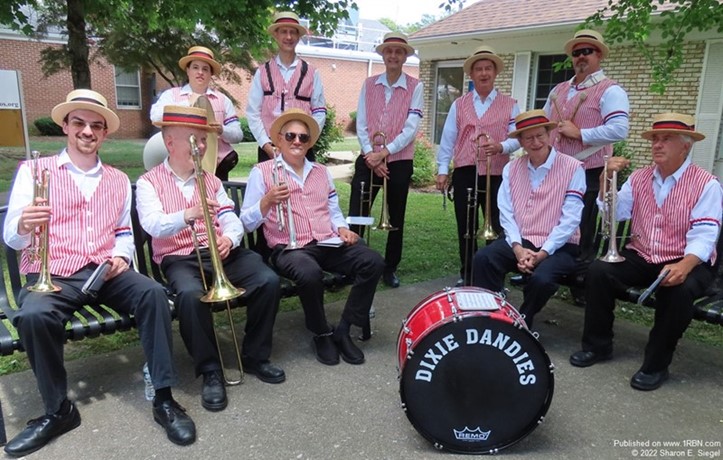 PORT JERVIS, NY -- Port Jervis Fire Department’s annual Inspection Day Parade, believed to be the oldest continuous fireman’s parade in the United States, kicked off for the 171st time this summer. The parade is a celebration of the efforts of firefighters and others who put in countless hours in training and emergency responses throughout each year.

The eight-division parade featured and escort division of city officials, a special salute and spotlight on veterans, and four PJFD Grand Marshals with many decades of service. The Grand Marshals were Past Chiefs Dominic Cicalese (25-years) and James Rohner (54-years) and fellow firefighters David Mills (53-years) and Bob Mills (52-years).

Parade Day 2022 was held on a very warm July 9 afternoon. The parade was preceded and followed by activities that day and throughout the week.

A delegation of firefighters and PJFD’s chaplain visited and left flags on local graves of Past Chiefs on Tuesday evening of that week. On Friday evening a Memorial Prayer Ceremony was held at Port Jervis’ Fireman’s Monument on Pike Street. The monument honors and remembers the sacrifices of firefighters killed in the line of duty, including several from Port Jervis. Following this service, inspection of each of the city’s firehouses and apparatus took place, with refreshments and camaraderie shared at each stop.

On Saturday, the approximately two-hour parade delighted spectators that lined the many streets along its parade route. Firetrucks, bands, uniformed firefighting units marching in unison, unique fire apparatus, auxiliaries, police, ambulance, a veteran division, city officials, and department officers and members brought applause as they made their way along the city streets.

Following the parade, a large collection of trophies was distributed in various categories, along with college scholarships for firefighters and eligible families. These were as follows:

Memorial Scholarships
(Given annually to a graduating senior or college student.)

Most Firefighters in the Line of March: (Sponsored by Gray-Parker Funeral Home): Sussex