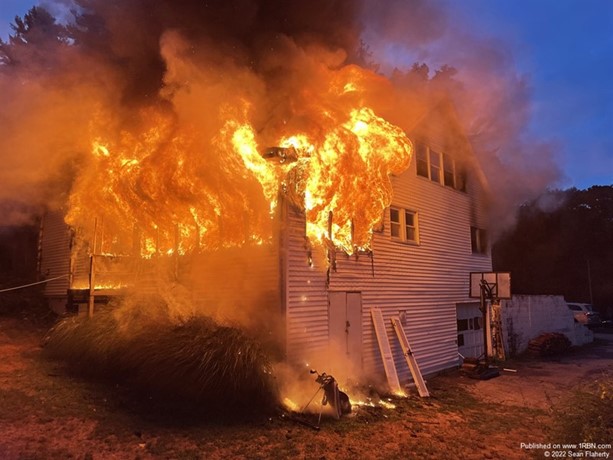 Photo by Sean FlahertyLisbon & Jewett City crews arrived to heavy fire venting from all four sides of the building. 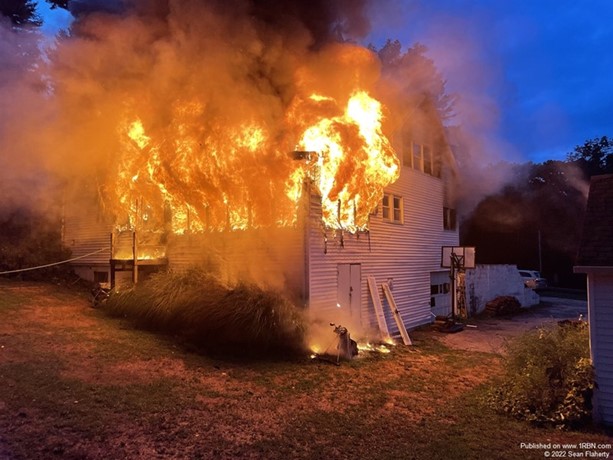 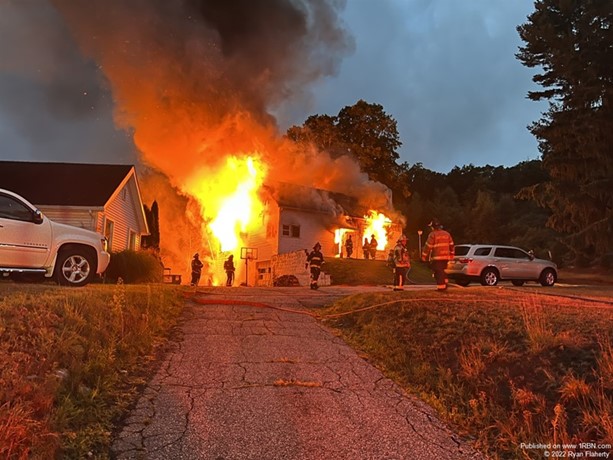 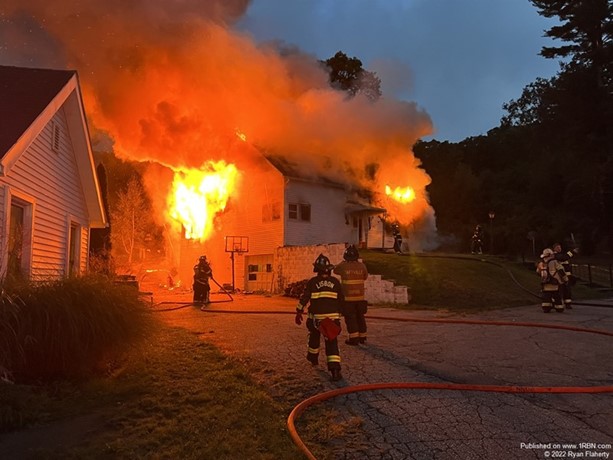 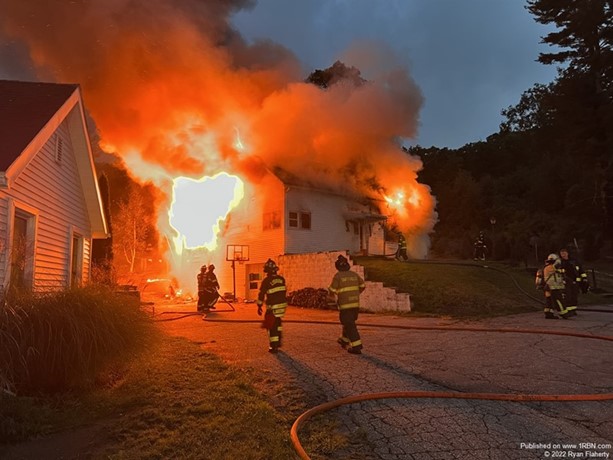 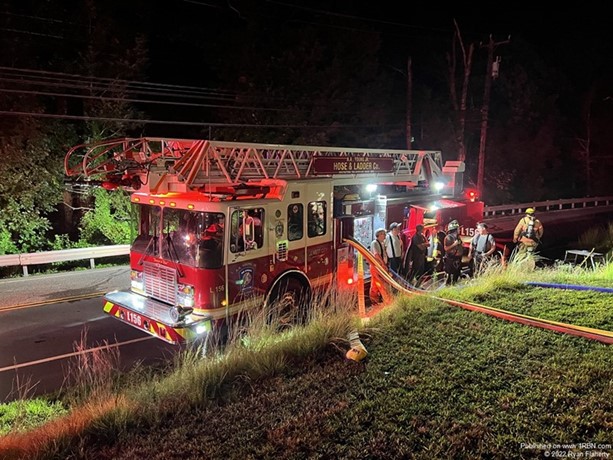 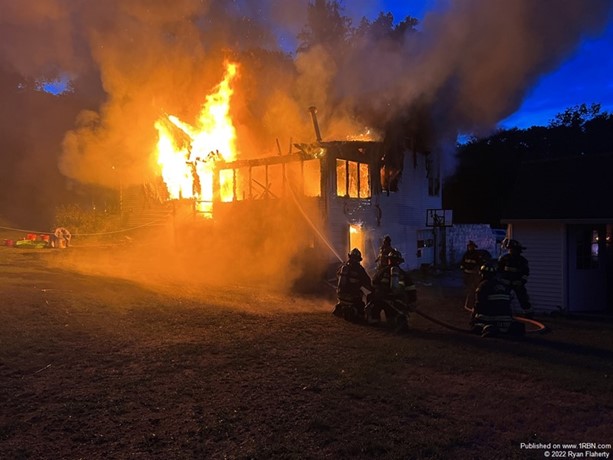 Photo by Ryan FlahertyTaftville and Lisbon crews hitting it from the rear. 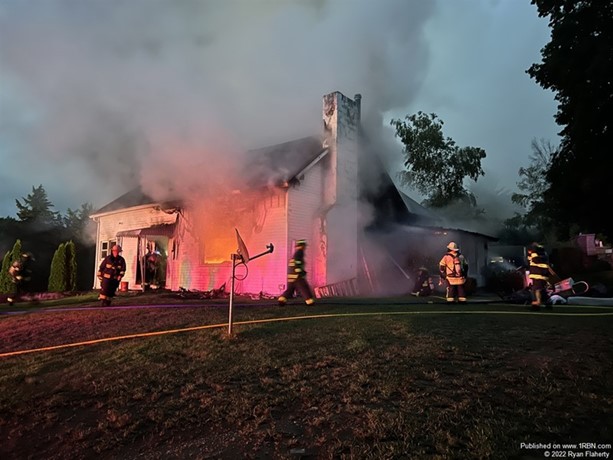 He transmitted the second-alarm and requested three additional tankers. Ladder 156 arrived at 7:51 P.M. and stretched a two-and-a-half inch and (two) one-and-three-quarter inch hose lines. One line went in the front door, another line to the 'Bravo' side and the third to the 'Delta' side followed by the rear.

Tanker 154 nursed Ladder 156 while Engine 154 reverse laid out to a hydrant on Route 12. Tanker 124 then tied into Tanker 154 and gave them their water. After darkening down heavy fire from the outside, crews advanced two lines to the interior where they found fire throughout the home.

Engines 22, 33 and 195 assisted with opening up and knocking a large volume of fire. Once the water supply was established, the tankers from Plainfield, Preston and Bozrah were cancelled. Lisbon Ambulance 654 transported one patient and the Mohegan Tribal Fire Department provided the second FAST. The Lisbon Fire Marshal’s Office is investigating with assistance from the Connecticut Fire & Explosives Investigation Unit.