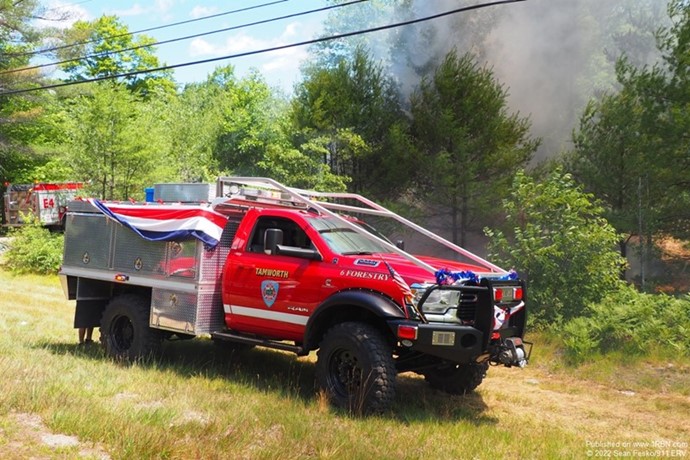 Photo by Sean Fesko/911 ERVTamworth fire trucks responded directly from the Fourth of July parade to this scene. 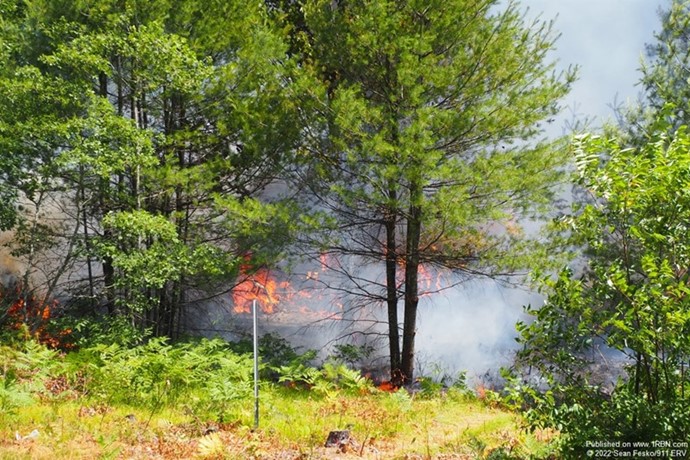 The morning of July 4, 2022, the Tamworth Fire and Rescue Department was dispatched to a golf cart and wood chipper on fire on White Mountain Highway. While Tamworth is a volunteer department, the whole fleet was participating in the town's Fourth of July parade at the time and responded from the route to the scene. The fire was quickly knocked down and units returned to service, albeit after the conclusion of the parade.