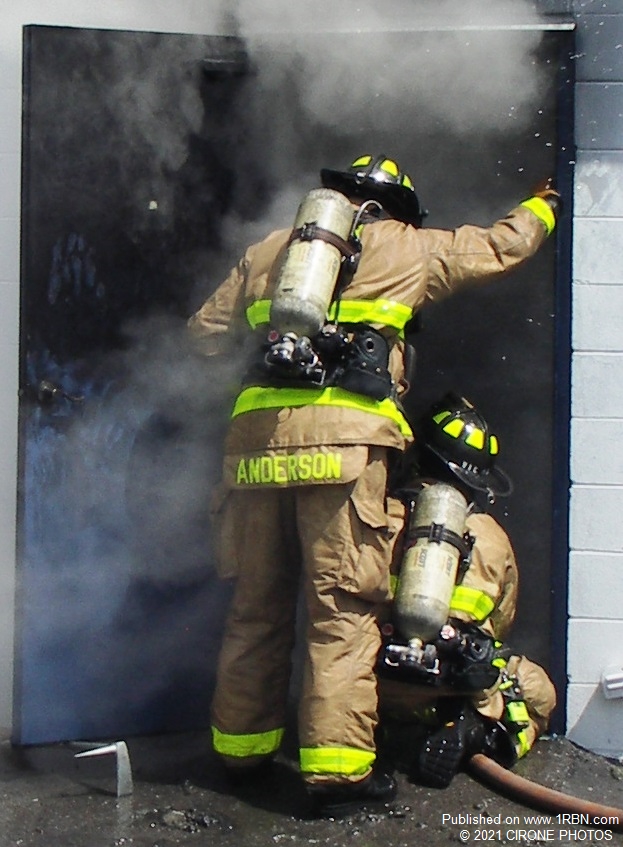 Photo by CIRONE PHOTOSFirefighters making there way into the seat of the fire. 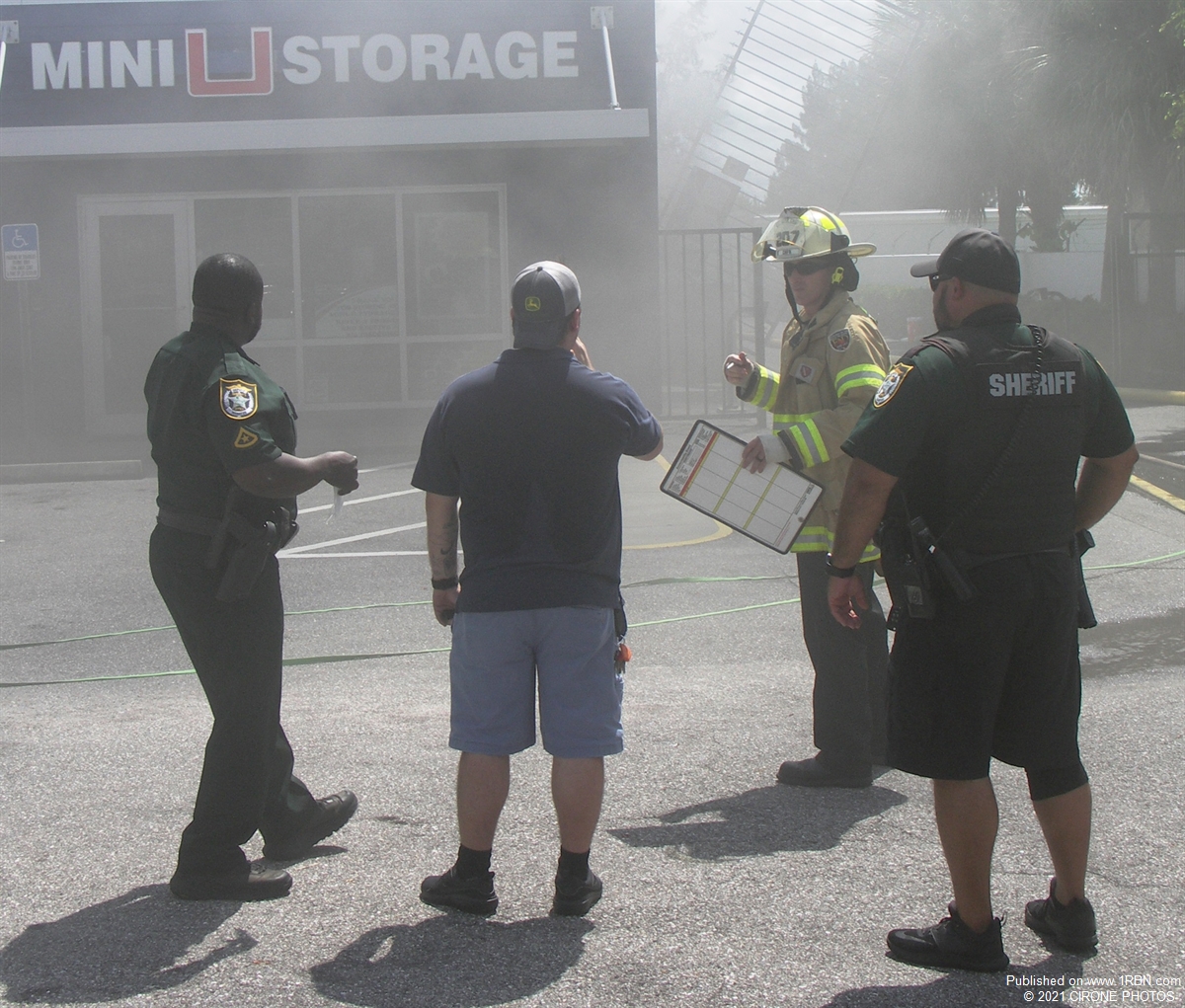 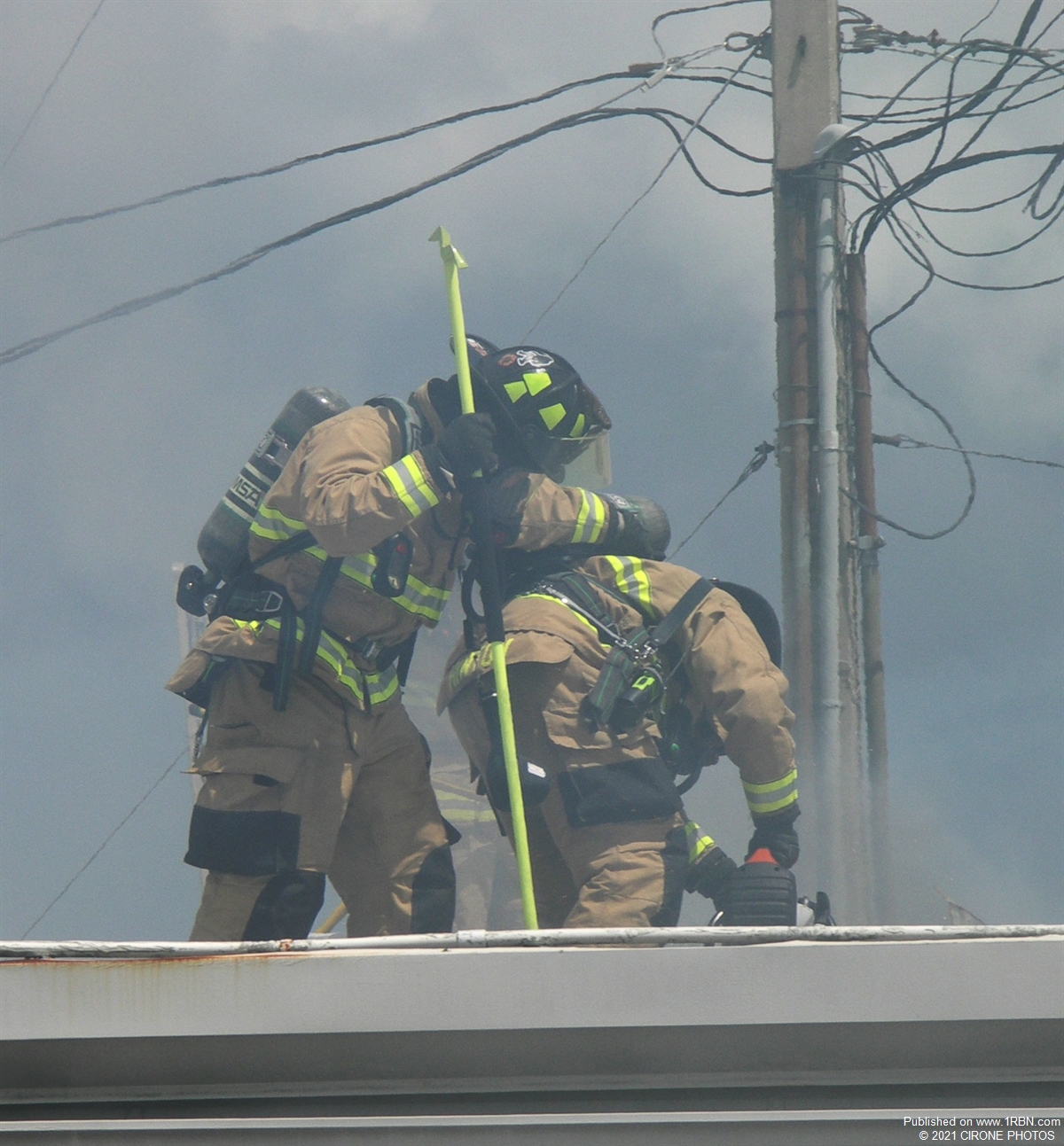 Photo by CIRONE PHOTOSOpening up the roof. 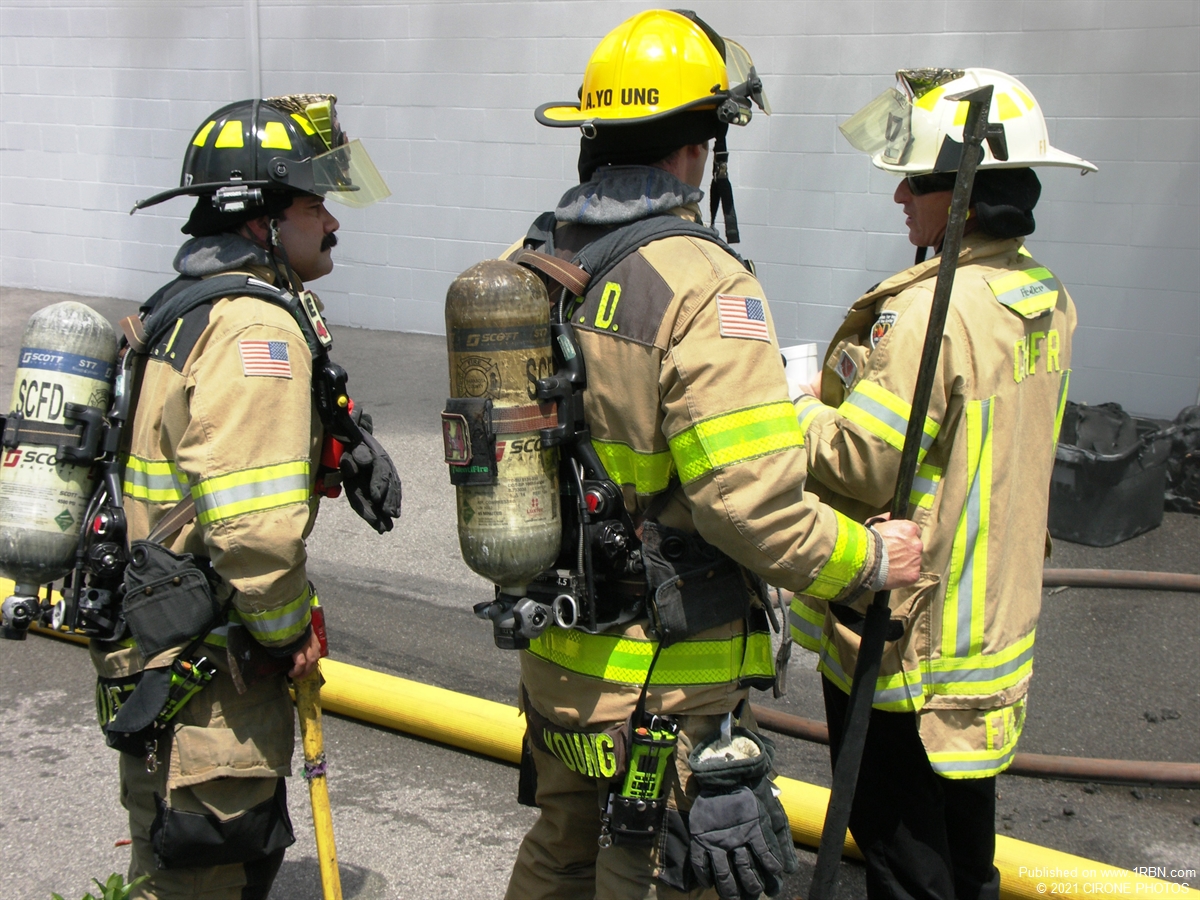 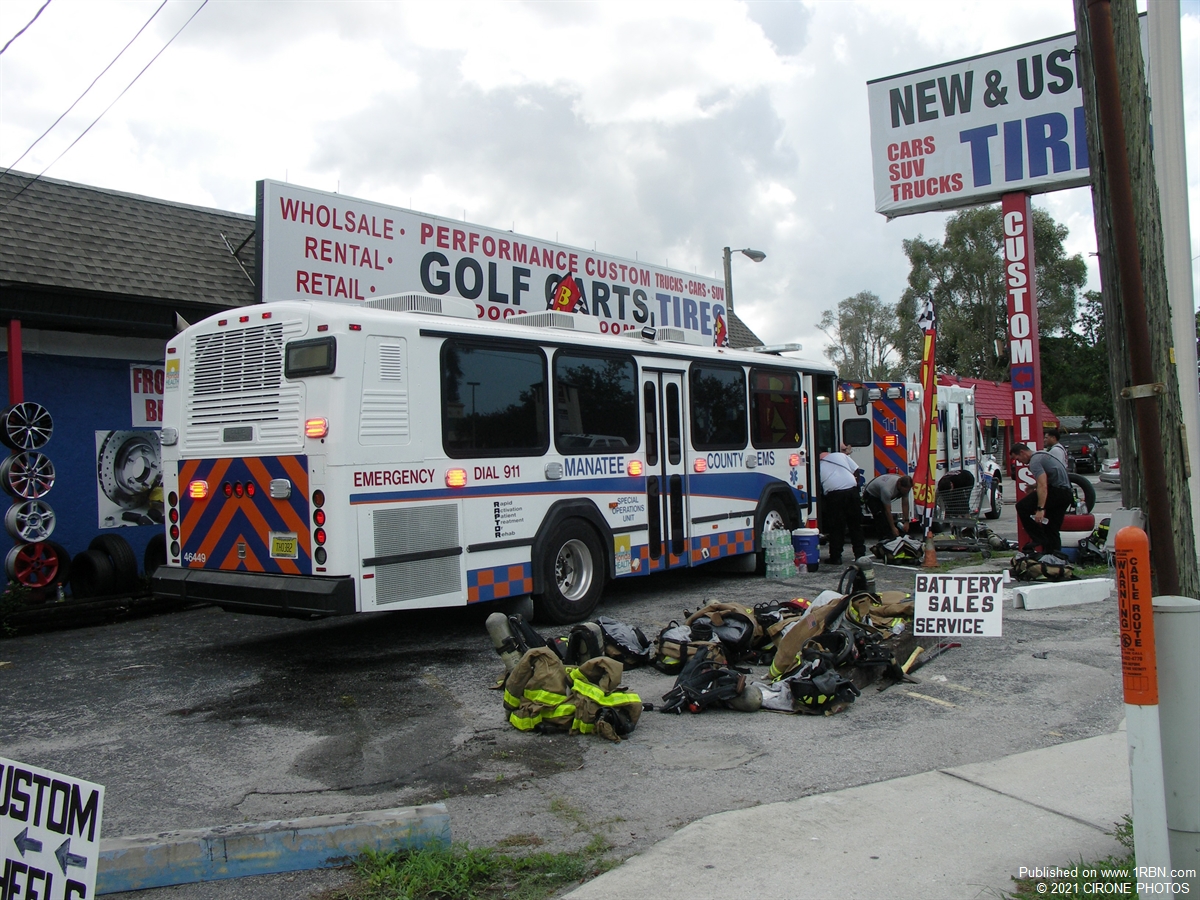 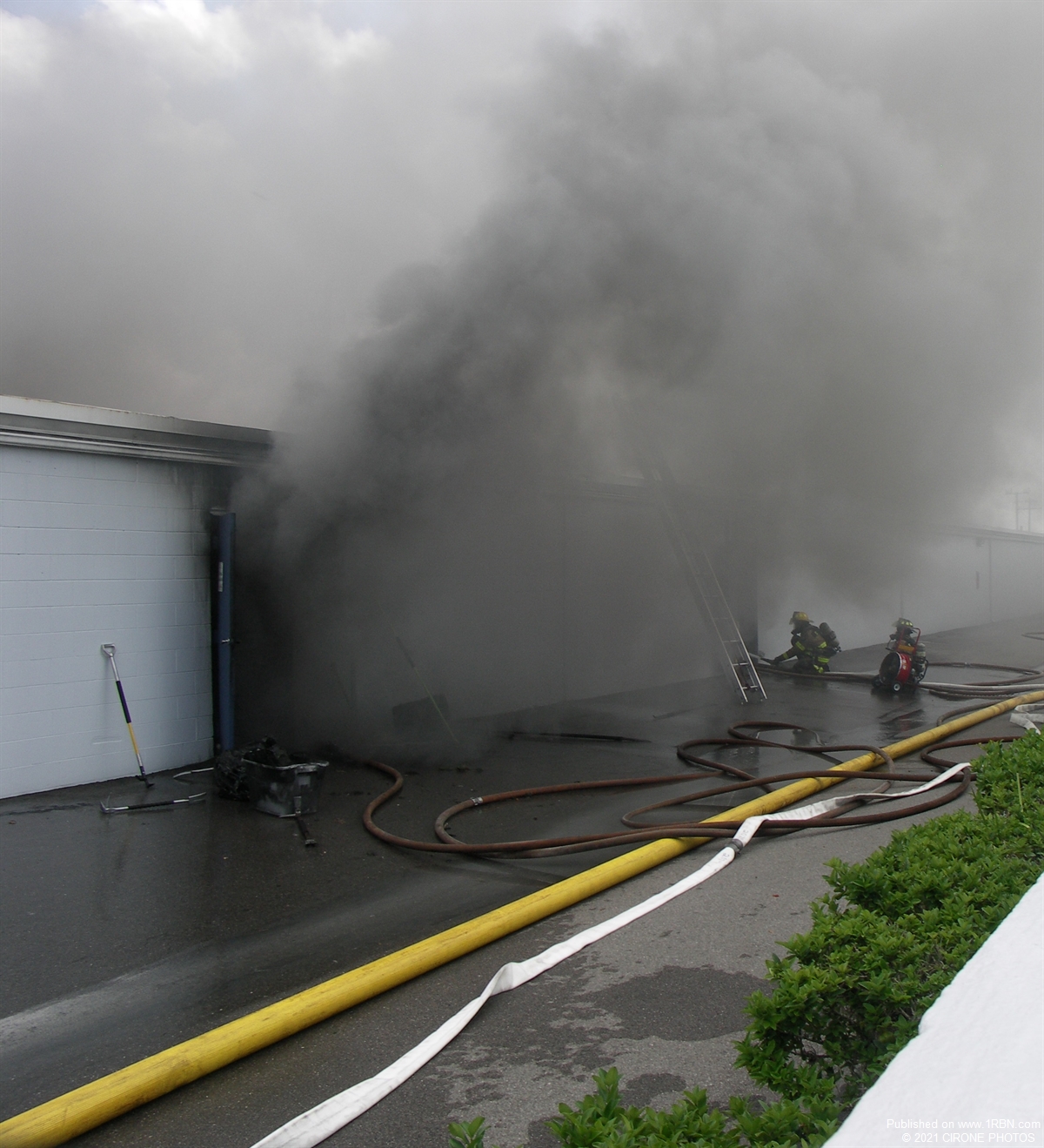 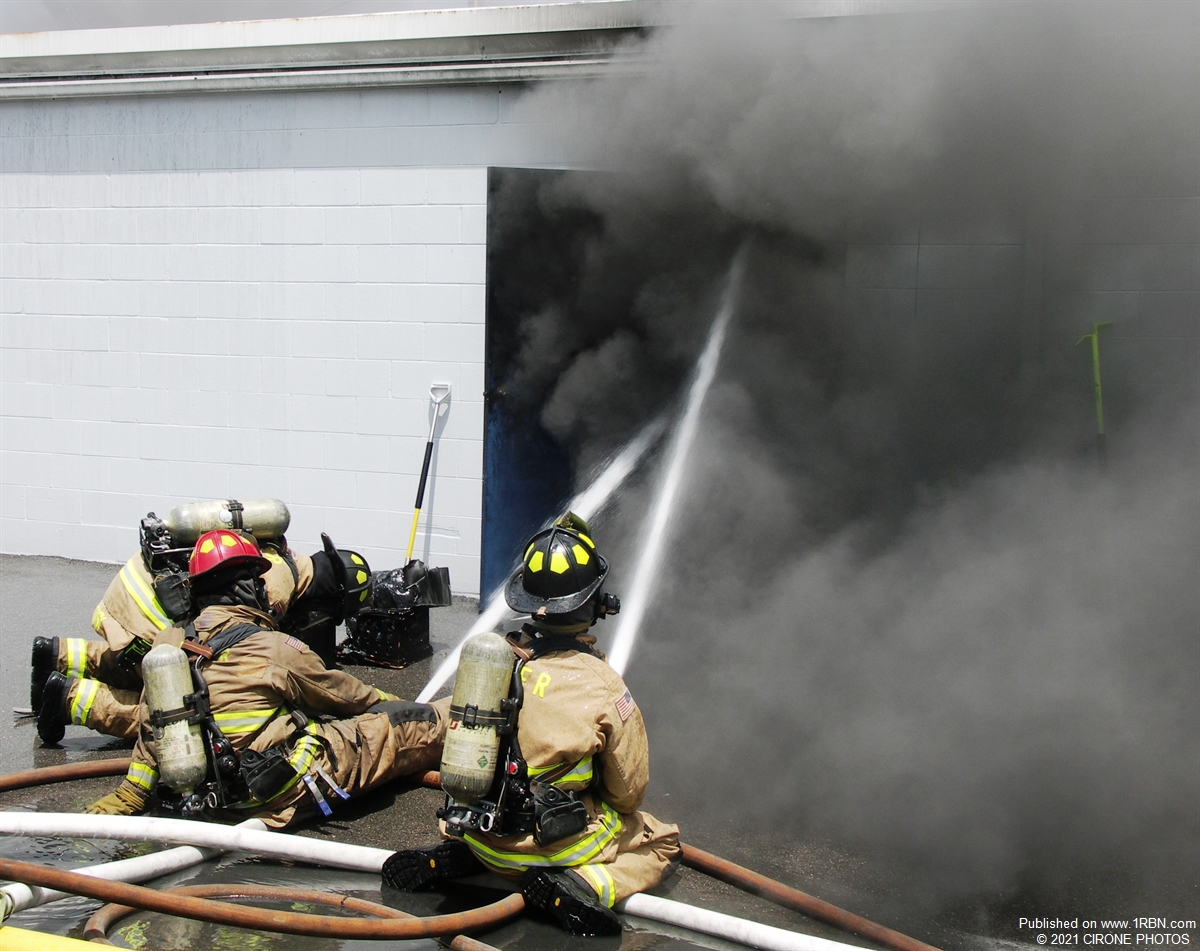 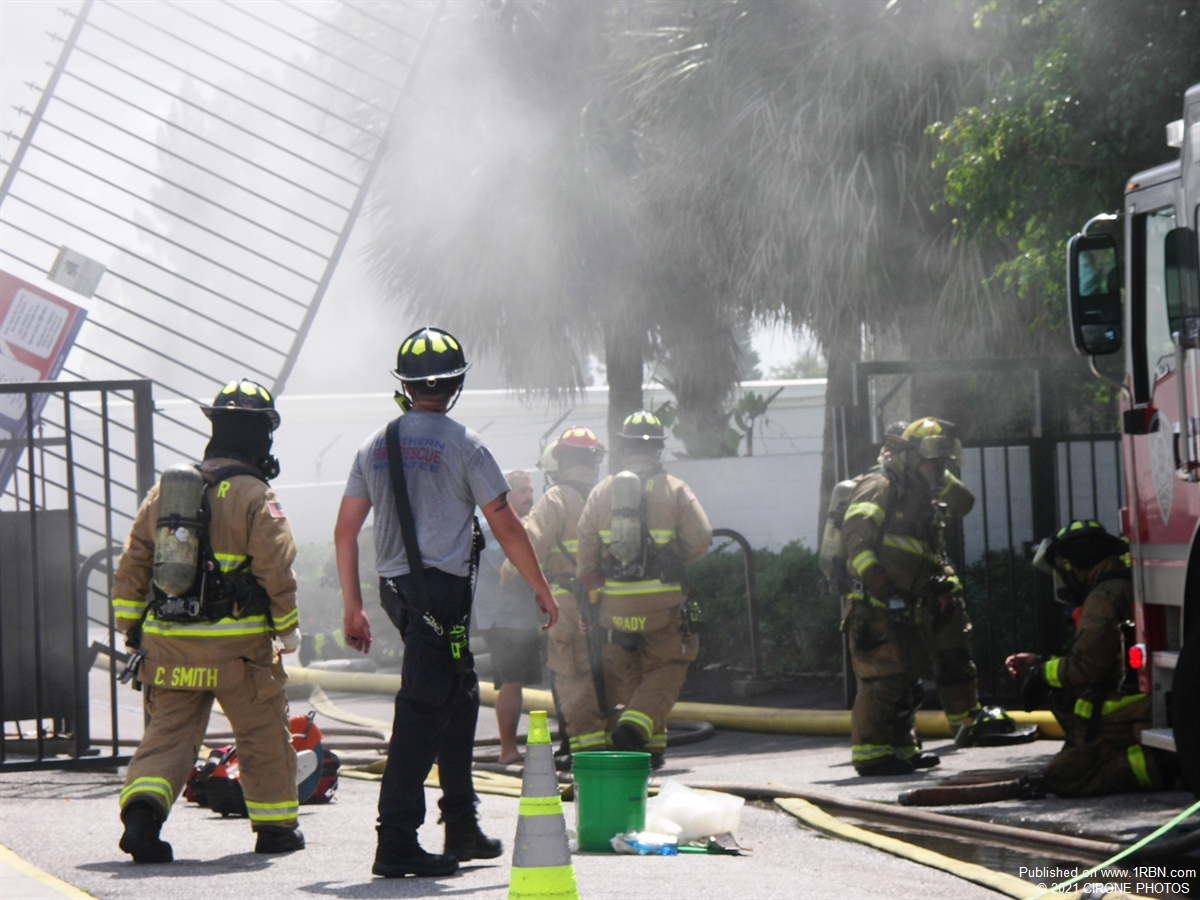 Photo by CIRONE PHOTOSHeat index was over 100 degrees.

Shortly after 11am call came into Manatee County Dispatch for a fire at the U Mini Storage Units on 14th Street West. On arrival thick black smoke was pushing from the building. First arriving units quickly went to work laying in and attempting to make entry into the units. The units on fire were in the middle of the building, thick smoke and heat pushed out as Firefighters tried to push in. The heat index well over 100 degrees hampered Firefighters as well as the block and corrugated steel roof and walls. No chance for horizonal ventilation Firefighters took to the roof for vertical ventilation. All Departments in Manatee County as well as Units from Sarasota County responded to this Incident. Manatee County EMS set up Rehap with the MERV bus and additional Ambulances. Five Firefighters received unknown injuries, It was estimated that the property loss was over a Million dollars.