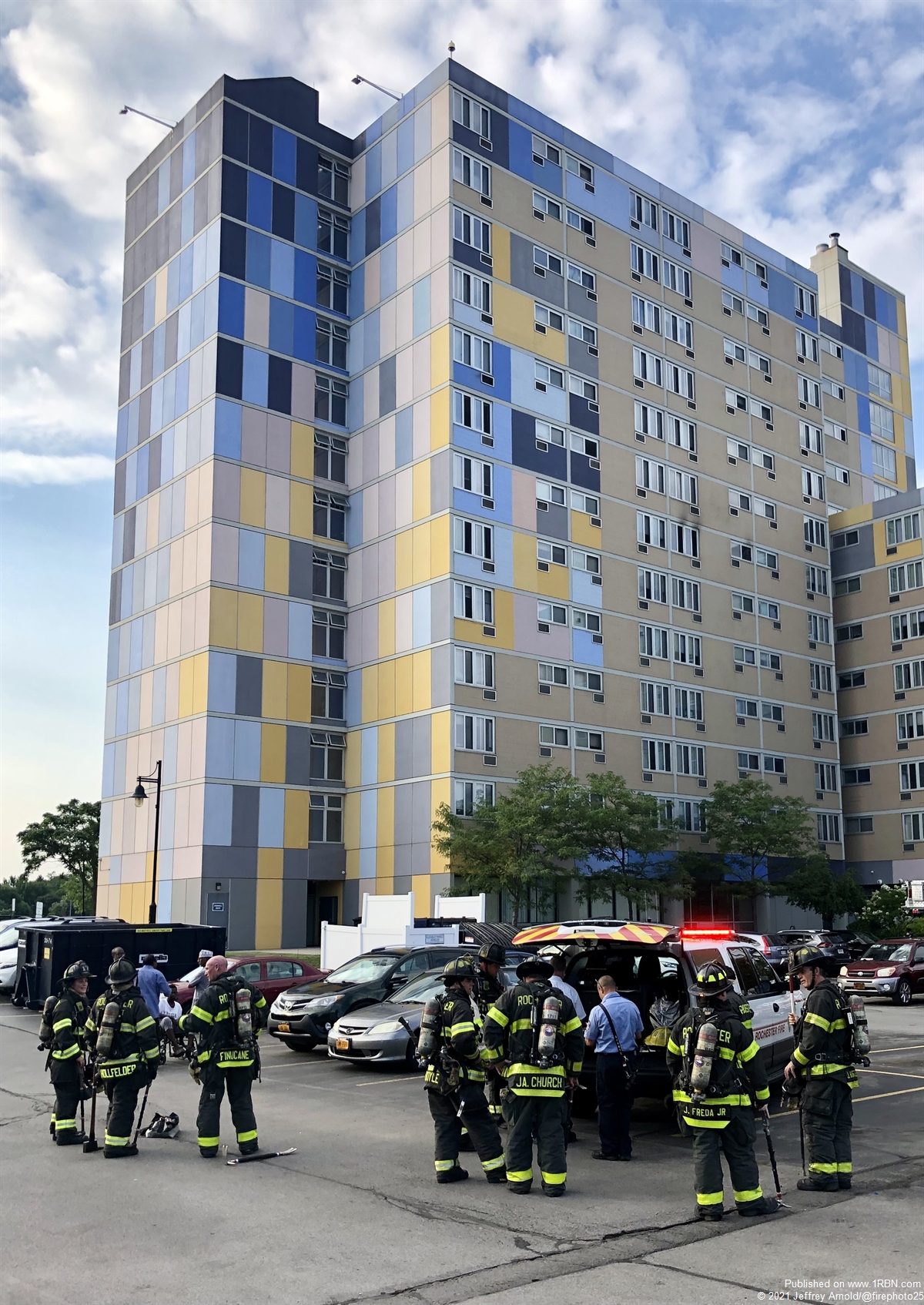 Photo by Jeffrey Arnold/@firephoto25Rochester firefighters respond to a two-alarm fire in a high-rise on Mount Hope Avenue.

ROCHESTER, NY - On Friday, August 20th at 5:41 P.M., Rochester firefighters responded to a kitchen fire with a report of a person trapped on the sixth floor of The Hamilton Apartments, located at 185 Mount Hope Avenue. Upon arrival, responding units found heavy smoke showing and a second-alarm was struck. One occupant was assisted from the building by firefighters. The fire was quickly brought under control. There were no injuries reported.