Car Versus Tree with Entrapment in Marshall County 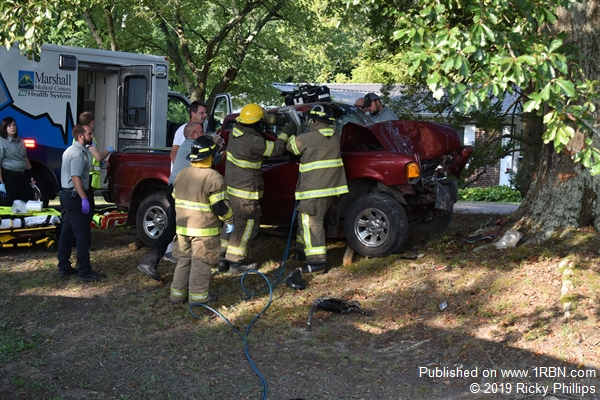 Photo by Ricky PhillipsFD and EMS personnel work to free the driver from a single-vehicle wreck on Brashier's Chapel Rd., 8/21/19. 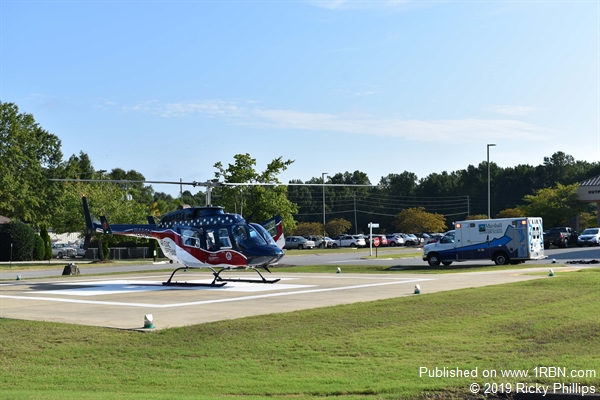 Photo by Ricky PhillipsThe driver was transported to MMCN Helicopter Pad for air transport by AirEVAC 32.

The single vehicle involved left the roadway and struck a tree. The lone driver was extricated by fire department personnel while EMS provided patient care on the scene. The driver was transported to nearby Marshall Medical Center North's helicopter pad where they met AirEVAC 32 who flew the driver to Huntsville Hospital.

The wreck is being investigated by State Troopers with the Alabama Law Enforcement Agency.