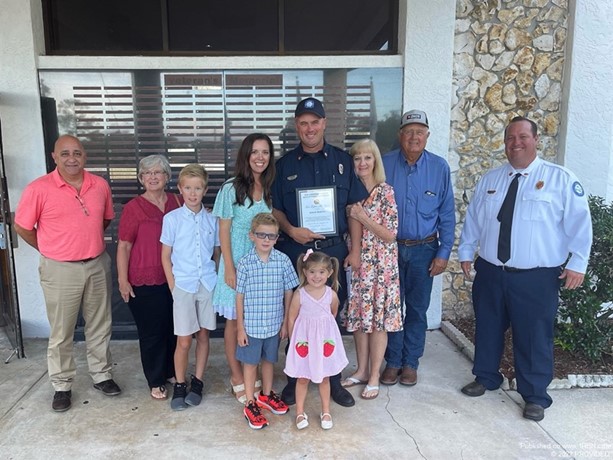 Each year, the Flagler American Legion Post 115 gives its Law & Order and First Responder Awards recognizing the outstanding contributions of top law enforcement, firefighters, and emergency medical personnel. These officers have exceeded the duty requirements expected of his position and have demonstrated a distinct pattern of community service coupled with professional achievement.

Driver engineer Jeremy Barton has been with the Palm Coast Fire Department since 2016. He joined the fire department after serving as a Firefighter-Paramedic for Marion County Fire Rescue for two years. He obtained his firefighter, EMT and paramedic certifications from Daytona State College. He and his wife Jill reside in Bunnell with their three children.