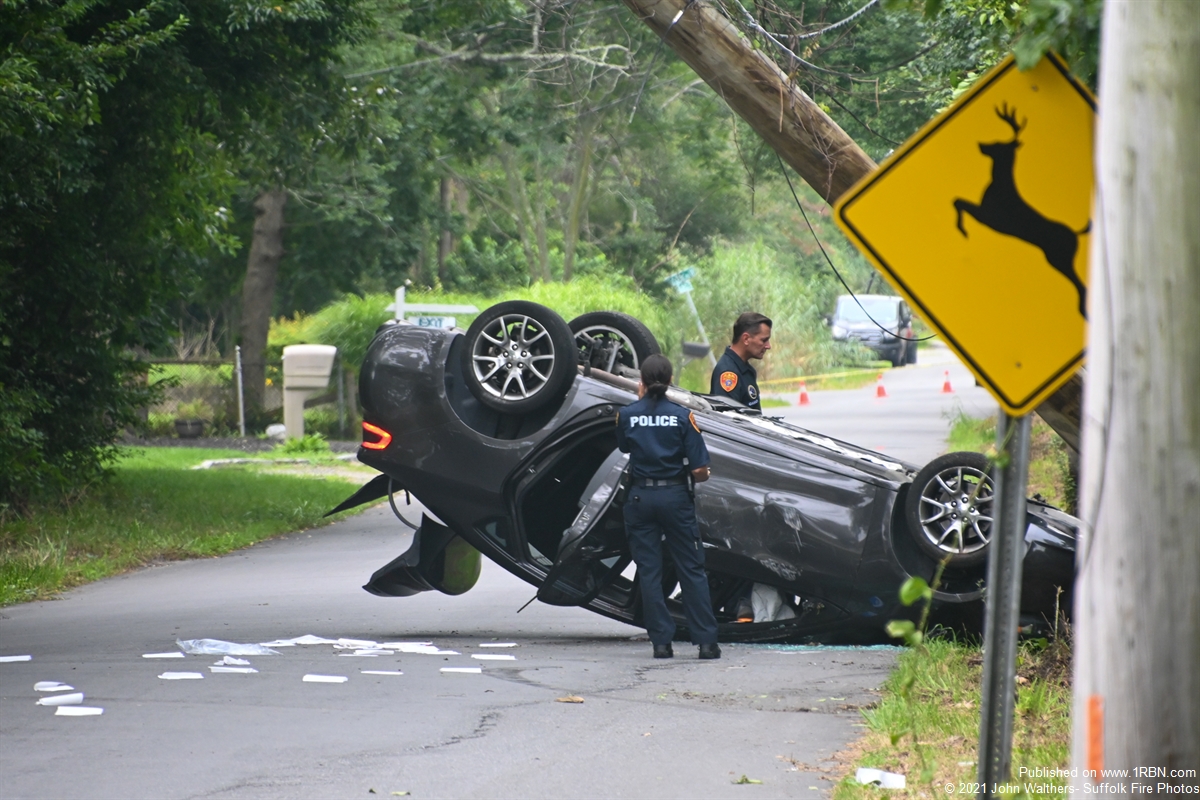 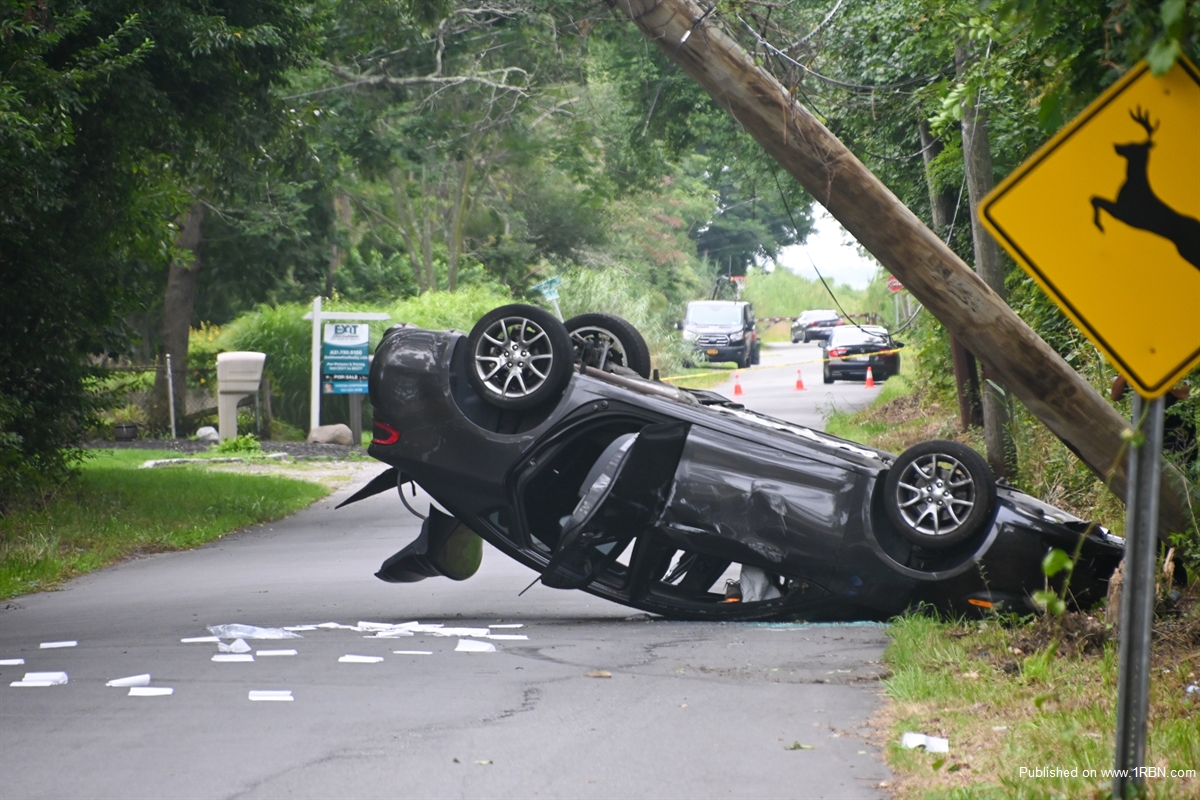 Photo by John Walthers- Suffolk Fire Photos3 people were injured at the scene of a crash where a 2015 Dodge Dart hit a pole and flipped on West Riviera Dr near Neighrborhood Rd Mastic Beach August 10th.

MASTIC BEACH, NY – On Tuesday, August 10th just before 3:30 P.M., the Mastic Beach Fire Department and Ambulance Company were activated for a report of a motor vehicle crash near St. Andrews Church on West Riviera Dr., off Neighborhood Road. According to police, a 2015 Dodge Dart had struck a utility pole and flipped over on West Riviera. Firefighters assisted at the scene while EMS personnel treated at least three people who were in the vehicle, who were then transported to a local hospital. According to police, the injuries were not considered life-threatening. Suffolk Police 7th Precinct officers closed the road in the area while investigators from the crime scene unit went over the scene. No further details about the incident were available.