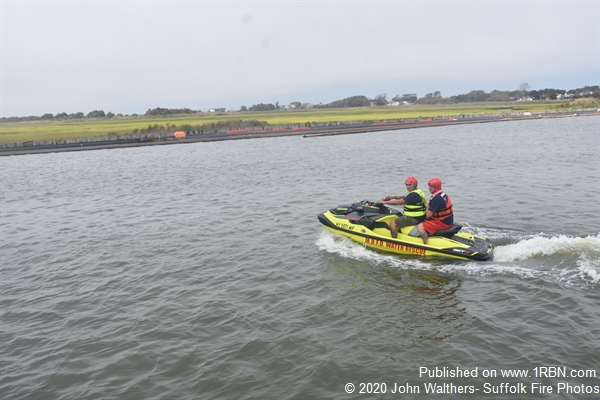 Photo by John Walthers- Suffolk Fire PhotosMastic Beach Firefighters head out on 5-13-26A for a water rescue. 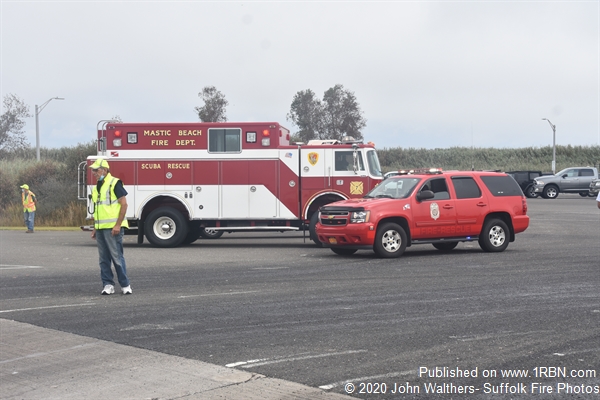 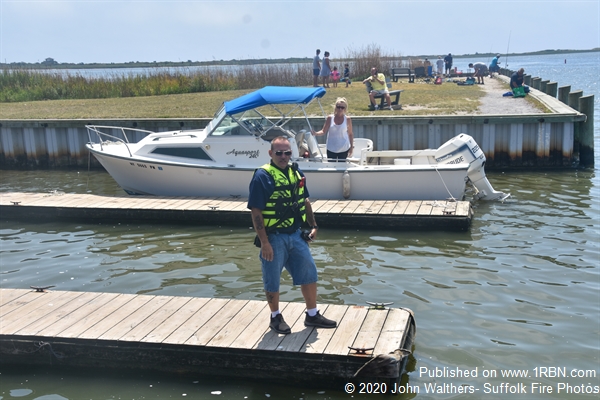 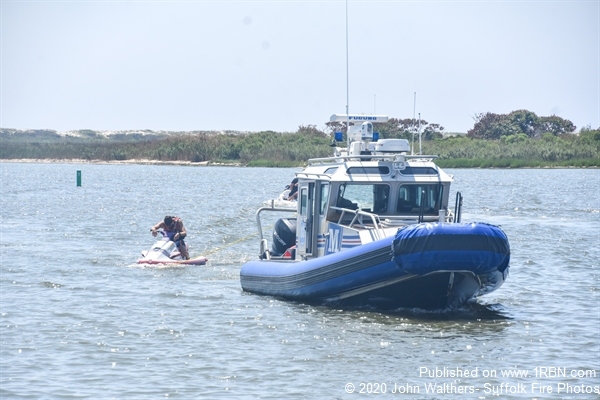 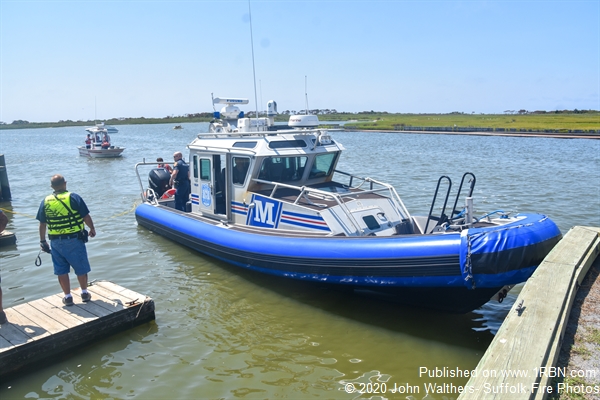 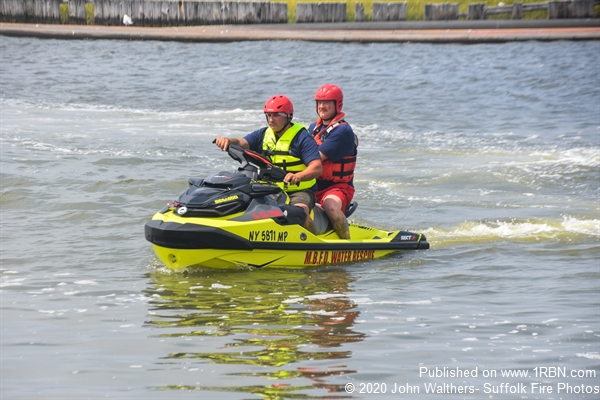 Photo by John Walthers- Suffolk Fire Photos5-13-26A returns back to the Dock. 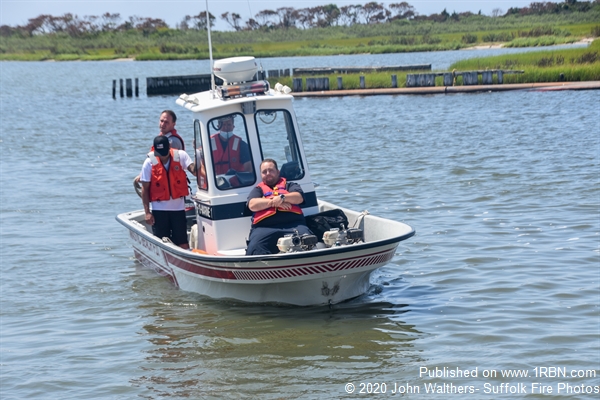 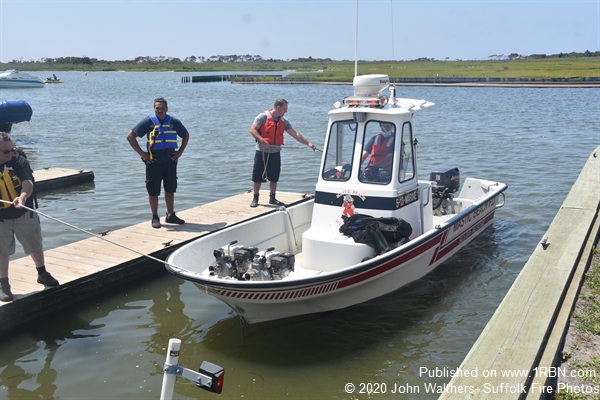 Mastic Beach NY- On the Sunday August 9th about 11:40 AM the Mastic Beach Fire Department and Mastic Beach Ambulance were activated a water rescue in the Bellport bay near the inlet breach. Mastic Beach FD Chief Fred Loiacono was the first enroute, Fire-COM advised there were reports that 1 Jet ski had hit the Jetty and another Jet skier was missing.

Chief Loiacono immediately advised incoming units from his department to set up a command post at the Smith Point marina and the mutual aid plan was activated for Bellport FD and south country ambulance to assist with boats and jet skis if available. Mastic Beach FD sent their Scuba Rescue truck (5-13-8), Marine Rescue pickup (5-13-5) with its boat Marine 1 and Jet ski (5-13-26A) to the Smith Point marina to launch a rescue operation. They were assisted by Suffolk County Police Marine Mike.

While searching firefighters made contact with the father who was on the jet ski that went onto the jetty. He advised that his son was on another jetski and he had lost contact with him. Firefighters searched the area where the incident had occurred along with the police department boat. A short time later SCPD Marine mike advised their headquarters that they had found a disabled jetski and were going to attempt to tow the jet ski and rider back to the marina. Upon confirmation of this by fire officials they ordered their units to return back to the marina. During these operations multiple ramps at the marina had to be closed to allow rescuers the chance to launch and dock their vessels.

The missing Jet skier was towed back to Smith Point Marina by SCPD Marine Mike. Both Jet Skiers were quickly interviewed by rescuers and it was determined neither was injured. All units were back in service by about 1PM.