Family Sent to Hospital After 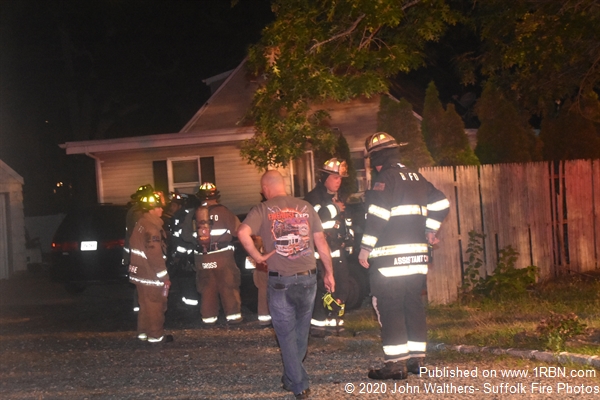 Photo by John Walthers- Suffolk Fire PhotosFirefighters from Mastic FD outside a home on Floyd RD North at a CO emergency. 4 People were taken to the hospital including 1 person who was pulled out by Chief Sunderman and his son Lieutenant Sunderman. 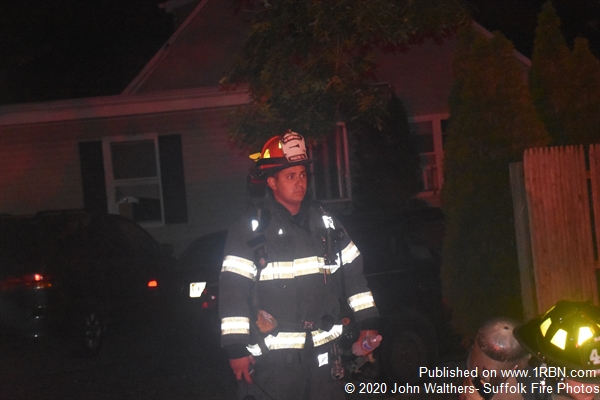 Photo by John Walthers- Suffolk Fire PhotosLieutenant Rudy Sunderman comes out of a home on Floyd Rd North after assisting in removing the occupants from a home with high CO levels. 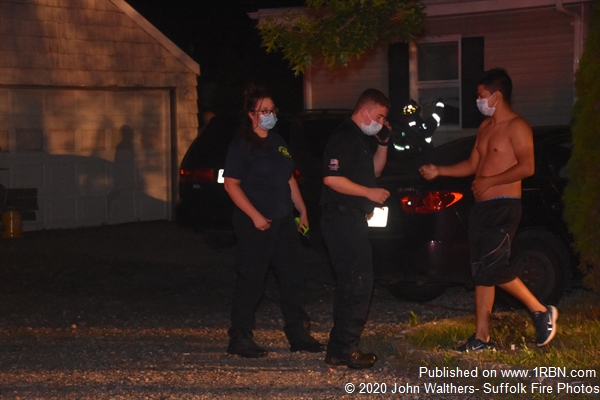 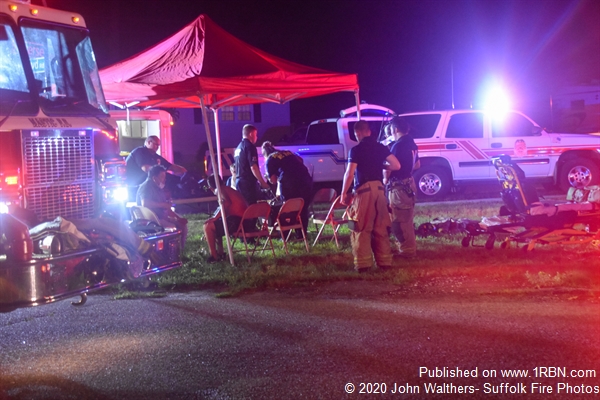 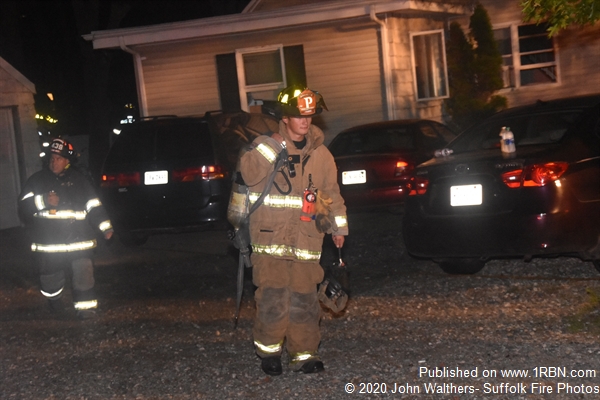 Mastic NY- On the evening of Friday August 7th about 11:05 PM the Mastic Fire Department and Mastic Ambulance were activated a reported medical emergency on Floyd Rd North off Somerset. Chief Rudy Sunderman and Lieutenant Sunderman were the first 2 members on scene. On arrival they found high Co readings coming from the home and went to work to evacuate the residents from the home. They had found 1 person who was unconscious and were able to successfully drag the person out of the home to safety.

When engine 5-12-2 got on scene the chief advised to make sure they were packed up, it was also requested that the crew bring in their meters as well as tools to vent the home such as fans. It was determined that the home had readings of around 2000 parts per million which is dangerously high this was due to the family using a Generator in the basement since a tropical storm had took down a tree and their power lines. Ems units from Mastic, Shirley and Mastic Beach Ambulance Companies set up a command/ rehab area. They also treated a total of 6 people from the home. 4 of the 6 home occupants were transported to a local hospital for further treatment. The remaining occupants refused transport.

Firefighters from Mastic and Brookhaven FD along with their EMS partners operated on scene for about 2 hours venting and making sure the home was safe. The Brookhaven town fire marshal office and Suffolk Police 7th precinct were also on scene.