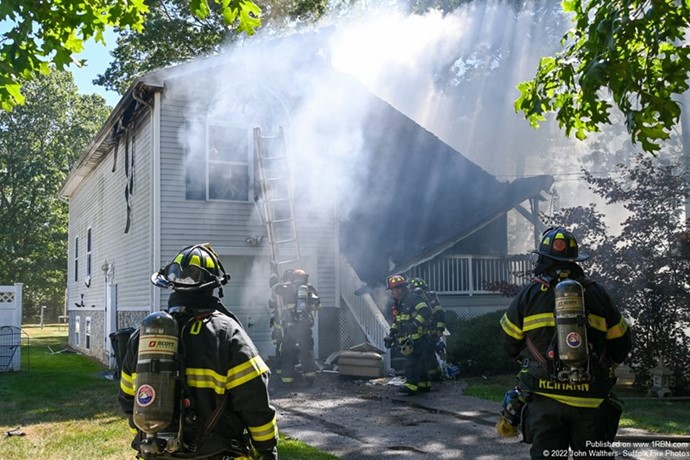 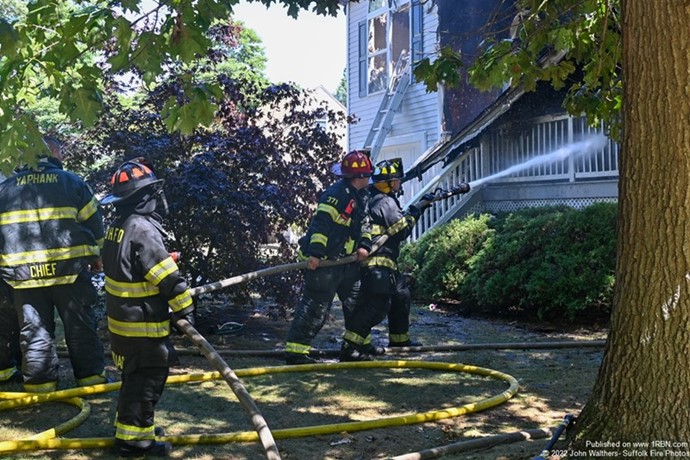 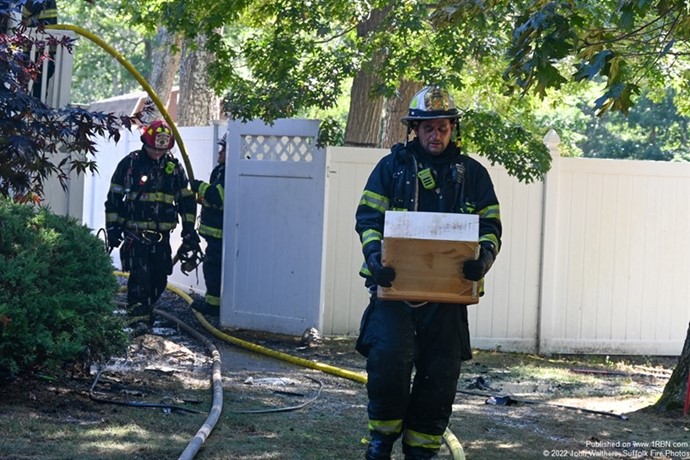 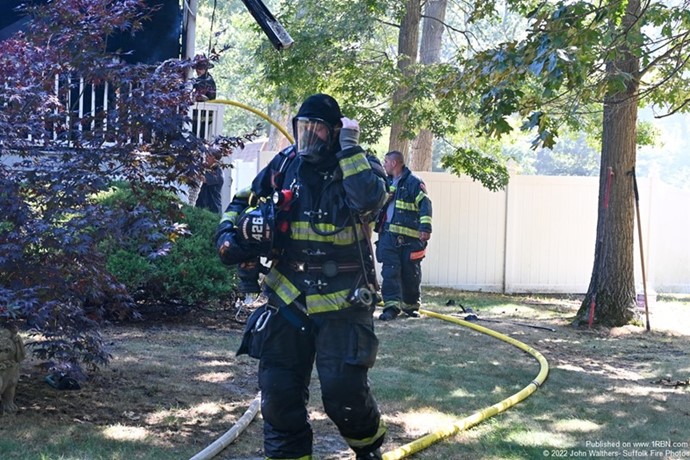 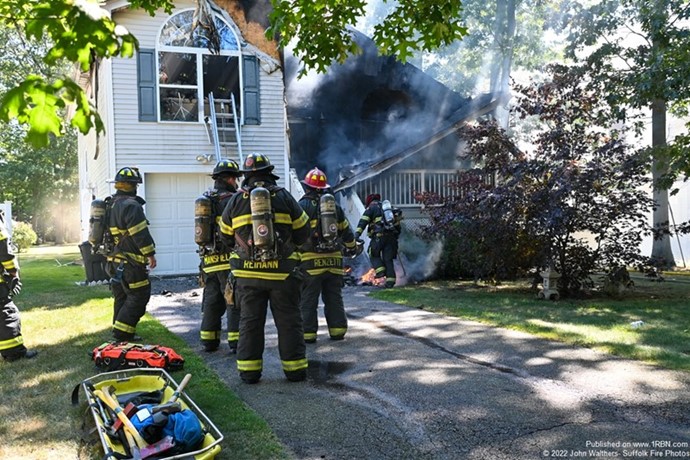 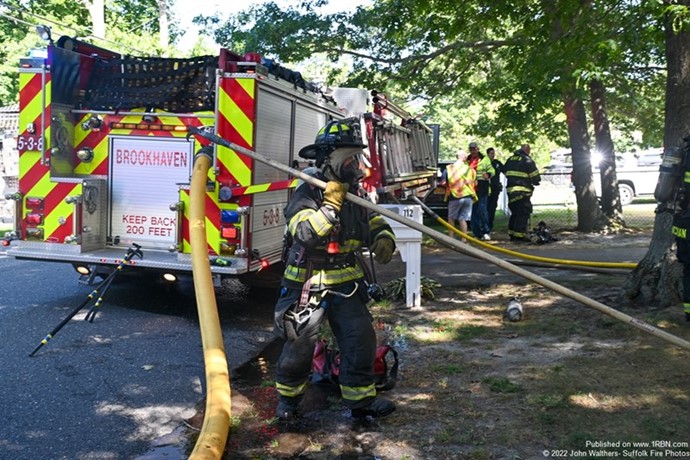 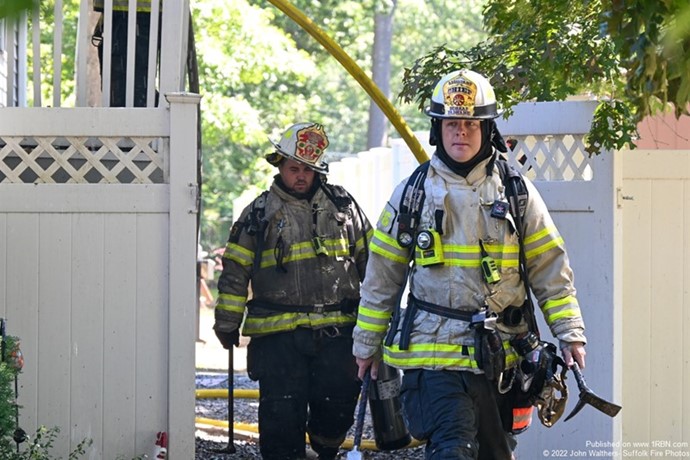 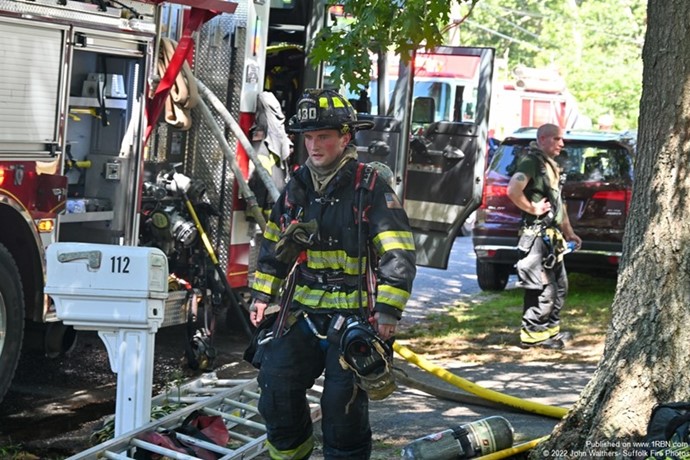 SHIRLEY, NY - On Saturday, August 13th at about 10:16 A.M., the Brookhaven FD was activated for a reported residential structure fire on Auborn Ave., between Dawn Dr. and Beatrice Dr. Brookhaven Assistant Chief Giuseppe Loiacono (5-3-32) advised Fire-Com that he was responding and the Fire-Com dispatcher advised that they had received two calls stating that the porch of the house was on fire, and that there was a dog believed to be trapped inside.

Chief Loiacono arrived on scene within minutes of the initial call and found the front of the house engulfed in flames, with the roof over the front porch already collapsed. After a working fire was transmitted, Chief Loiacono put on his turnout gear and looked for a way to get into the home which he was able to find in the rear just as crews from Engines 5-3-8 and 5-3-9 began arriving on scene. While crews were in the process of stretching lines and securing a water supply, the chief began conducting a search and located the dog which was brought outside to awaiting first responders. A bird also appeared to be removed from the home.

Crews from Brookhaven were soon joined by crews from mutual aid departments, including Mastic, Yaphank and Center Moriches, and operated under the command of Chief of Department Dan DiPinto as well as Assistant Chief Anthony Verni, who was the Operations Chief for the alarm.

The fire was quickly knocked down and placed under control around 11:00 A.M. Companies remained on scene for awhile longer hitting hotspots and overhauling. PSEG also came into the scene to cut the power and secure the power line running from pole to house. Shirley Ambulance stood by at the scene and also conducted firefighter rehab functions.

No injuries were reported, and the scene was turned over to the Brookhaven Town Fire Marshal’s office. The Suffolk Police Department Arson Squad was also on scene.