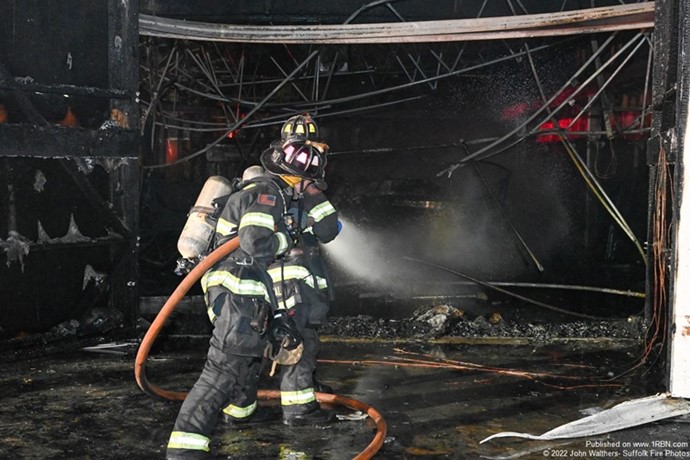 Photo by John Walthers- Suffolk Fire PhotosFirefighters from Bellport, Hagerman and Brookhaven FD's responded to a fire at Steiger Craft in Bellport on August 12th. 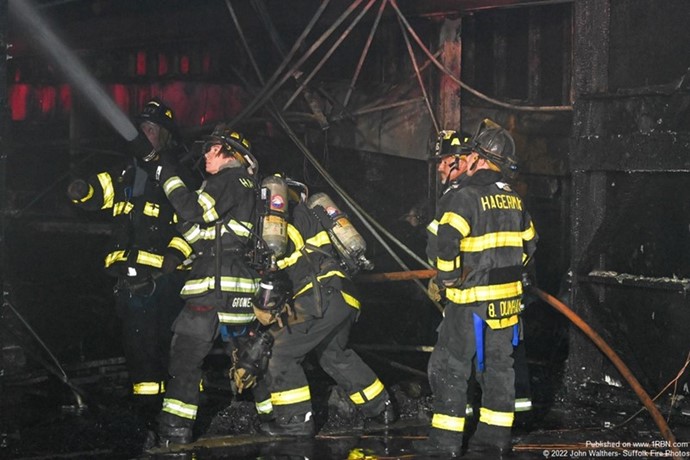 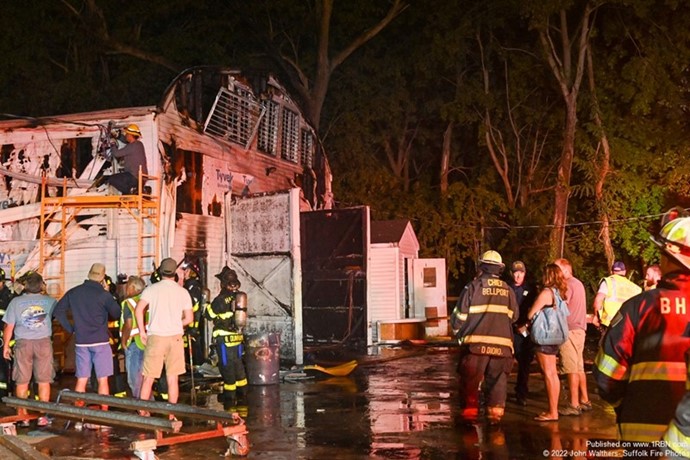 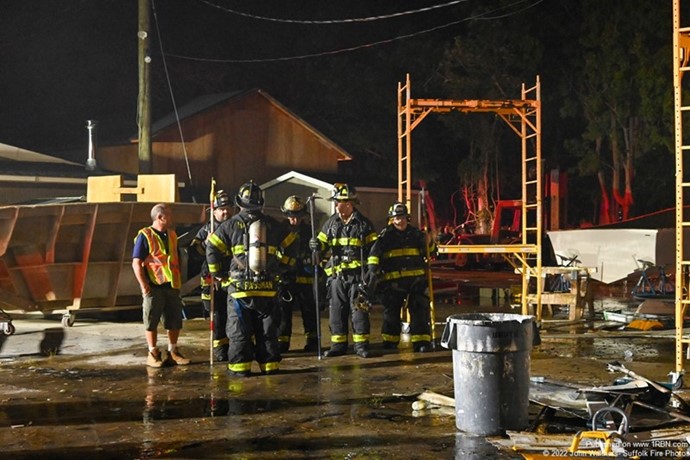 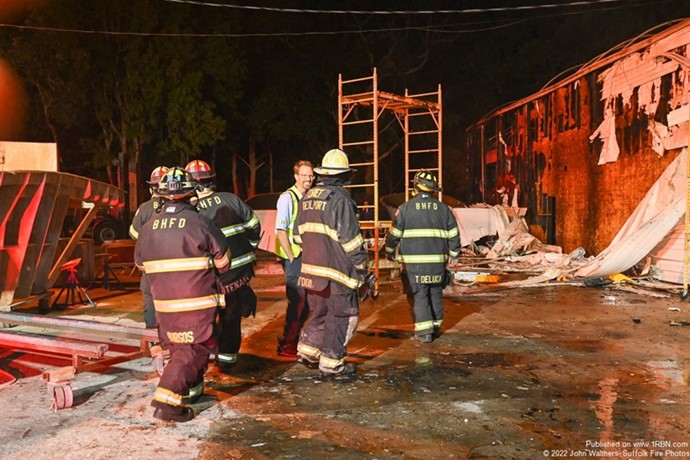 BELLPORT, NY – On Friday, August 12th at about 10:27 P.M., the Bellport FD was activated by Suffolk Fire Rescue dispatchers for a reported commercial structure fire at Steiger Craft on Bellport Ave., off Head of the Neck Road. On arrival, Bellport Chief David DiDio (5-1-30) found a building in the rear of the property well involved. Chief DiDio radioed back to dispatch to transmit the Signal 13-35 for the working fire.

Mutual aid was activated from neighboring Hagerman FD. First arriving firefighters from Bellport and Hagerman quickly went to work stretching lines up to the property, including a long supply line that was needed to feed the engines. The building that was on fire appeared to have a boat inside of it along with other materials.

Firefighters from Bellport, Hagerman and Brookhaven Fire Departments operated on scene for about two hours total. South Country Ambulance Company was also on scene to assist as needed. No injuries were reported. The scene was turned over to the Brookhaven Fire Marshal's Office and Suffolk Police Arson Squad for an investigation.