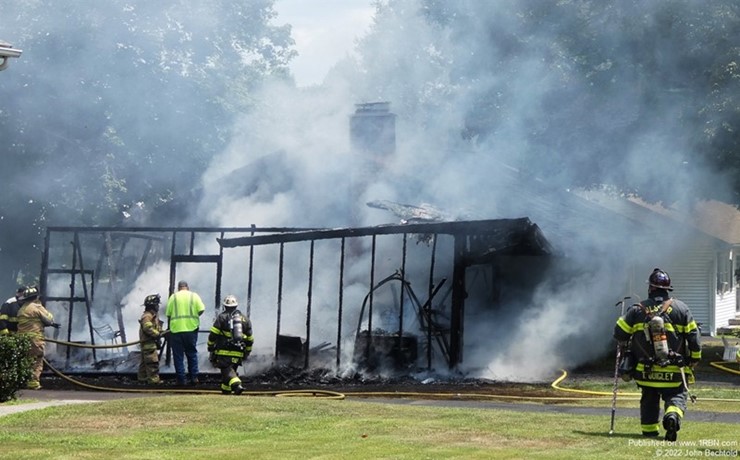 Photo by John BechtoldRuby and Sawkill firefighters quickly knocked down the fire. 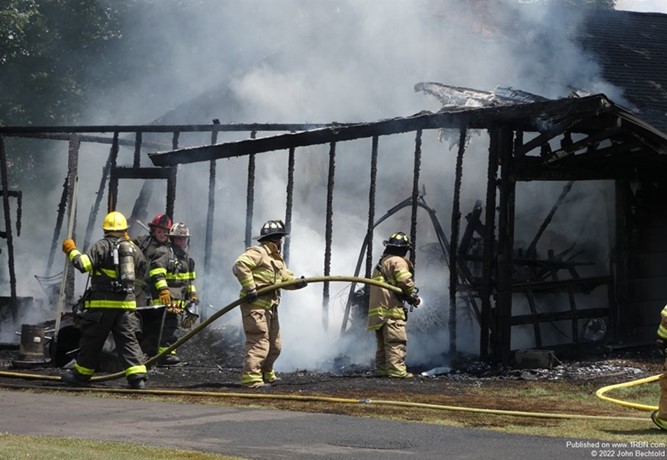 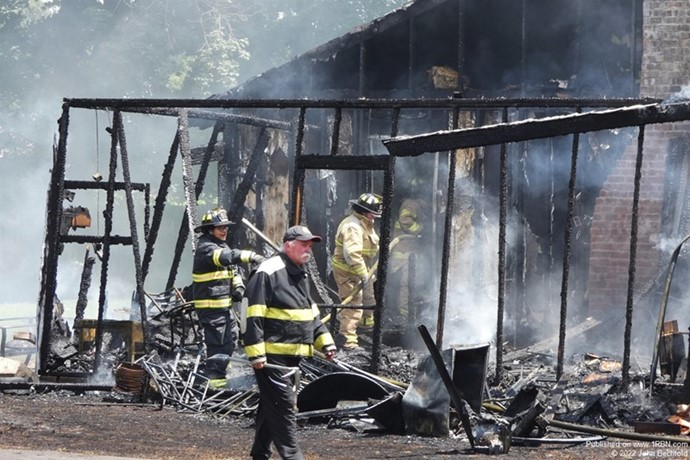 RUBY, NY - On July 28th at approximately 12:15 P.M., the Ruby Fire Dept. was dispatched for a structure fire on Brookside Court. Upon arrival, Ruby firefighters found a working garage fire with extension to the home. A second-alarm brought in Mount Marion, Sawkill, Ulster Hose Co. #5 and the city of Kingston FAST team to the scene. Damage to the home itself was not extensive. The Hudson Valley Chapter of the American Red Cross aided four people after the fire. The cause of the fire is being investigated.