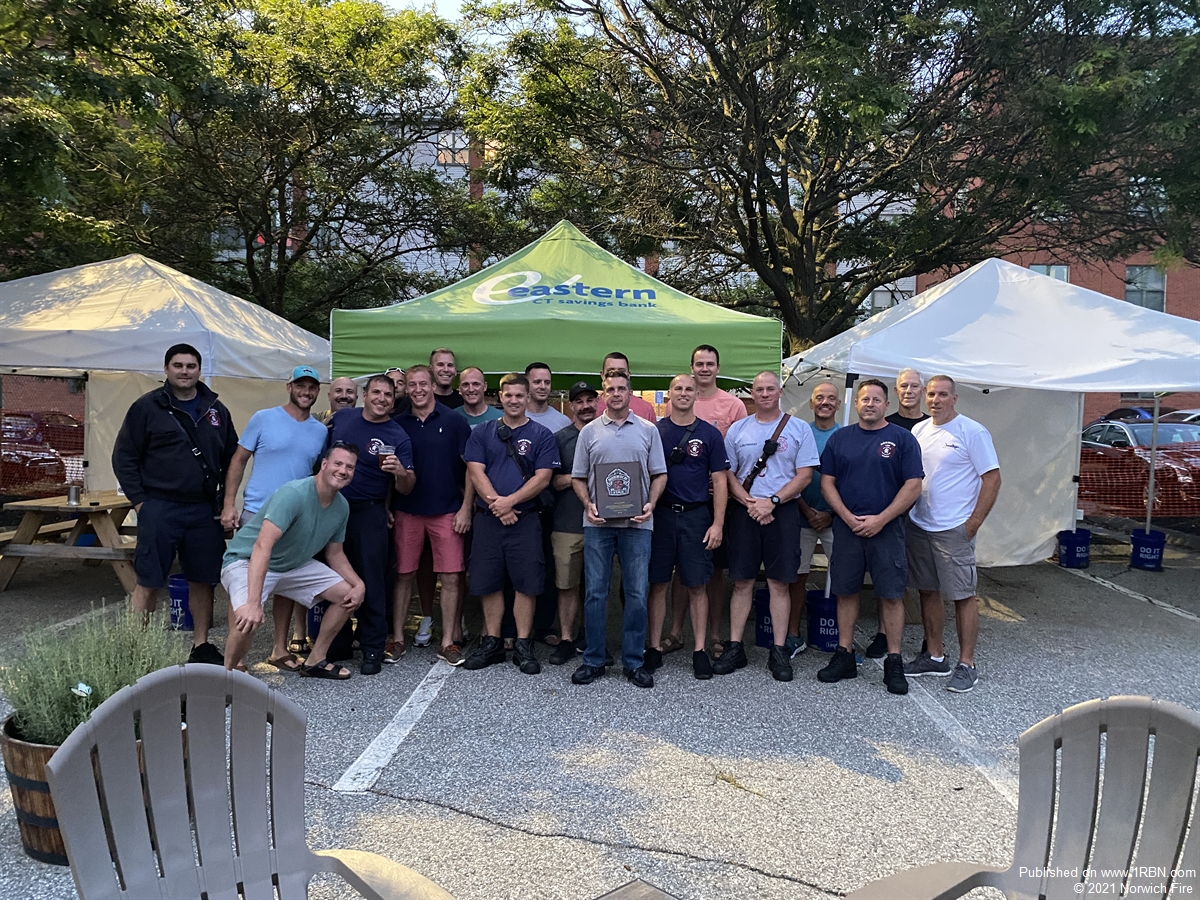 Photo by Norwich FireMembers celebrate Bill's accomplishments before he transfers to the fire marshal's office. 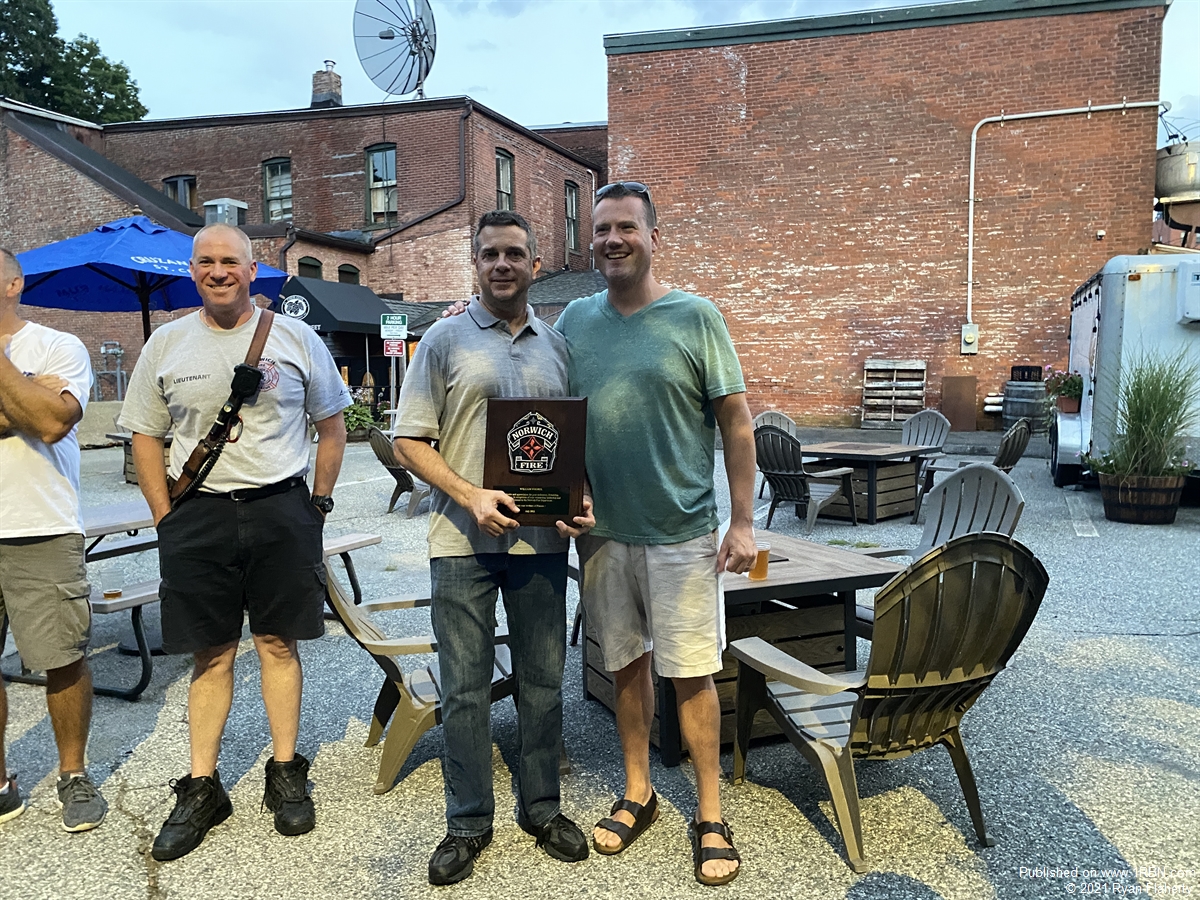 Photo by Ryan FlahertyCaptain Curtin shared some stories and presented Bill with a plaque on behalf of Local 892.

NORWICH, CT - At 7:00 P.M. on Wednesday, July 28th, Norwich’s Local 892 held an outing at These Guys Brewing Company to celebrate Firefighter William Wrobel, who transferred to the fire marshal’s office on 8/1/21.

Bill started as a Mashantucket Pequot Firefighter before being hired by Norwich in 2003. Firefighter Wrobel has been recognized multiple times throughout his career for removing victims from burning buildings. He completed 18 years as a firefighter in the Rose City and will be attending fire marshal school in September.

We are going to miss your laughs and having you on shift, but look forward to still working with you in your new role!