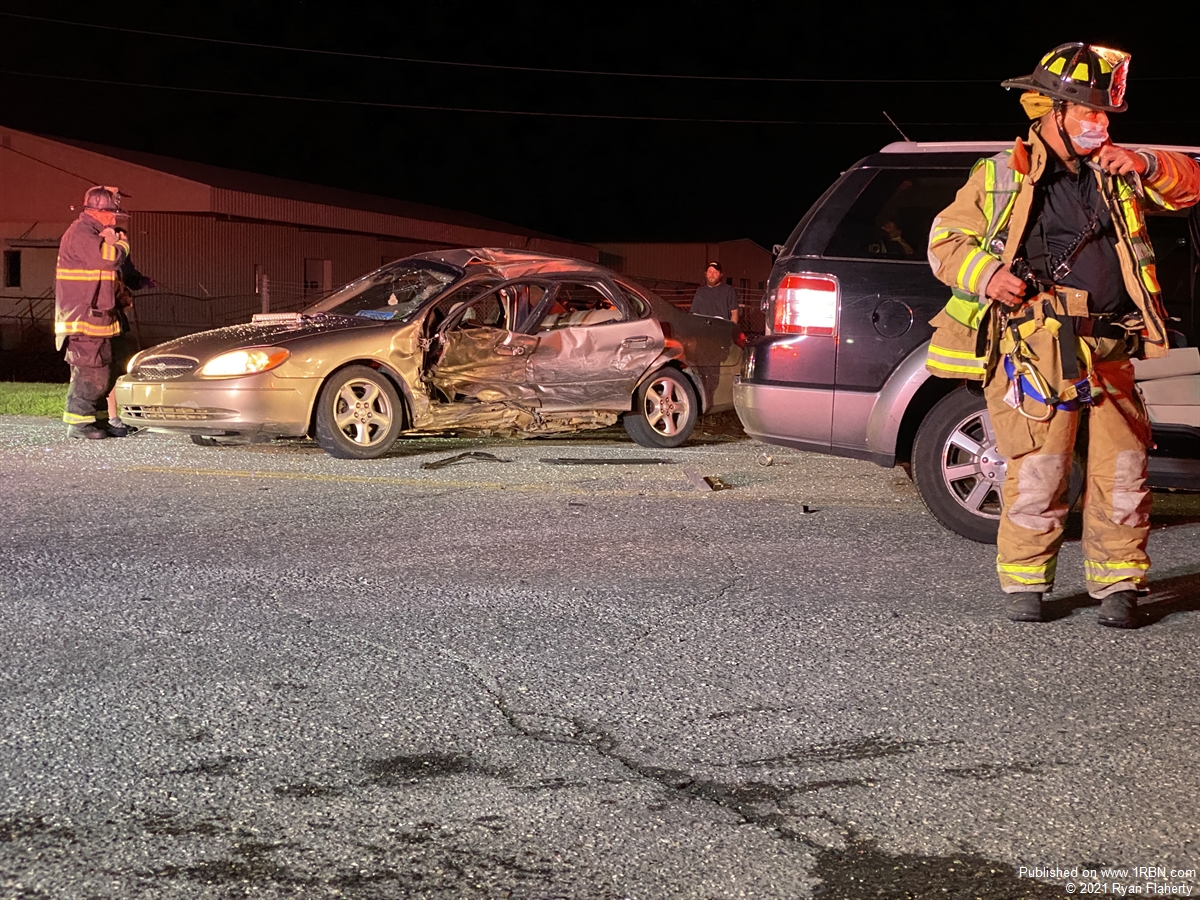 Photo by Ryan FlahertyThe driver's side of the taurus sustained a heavy impact. 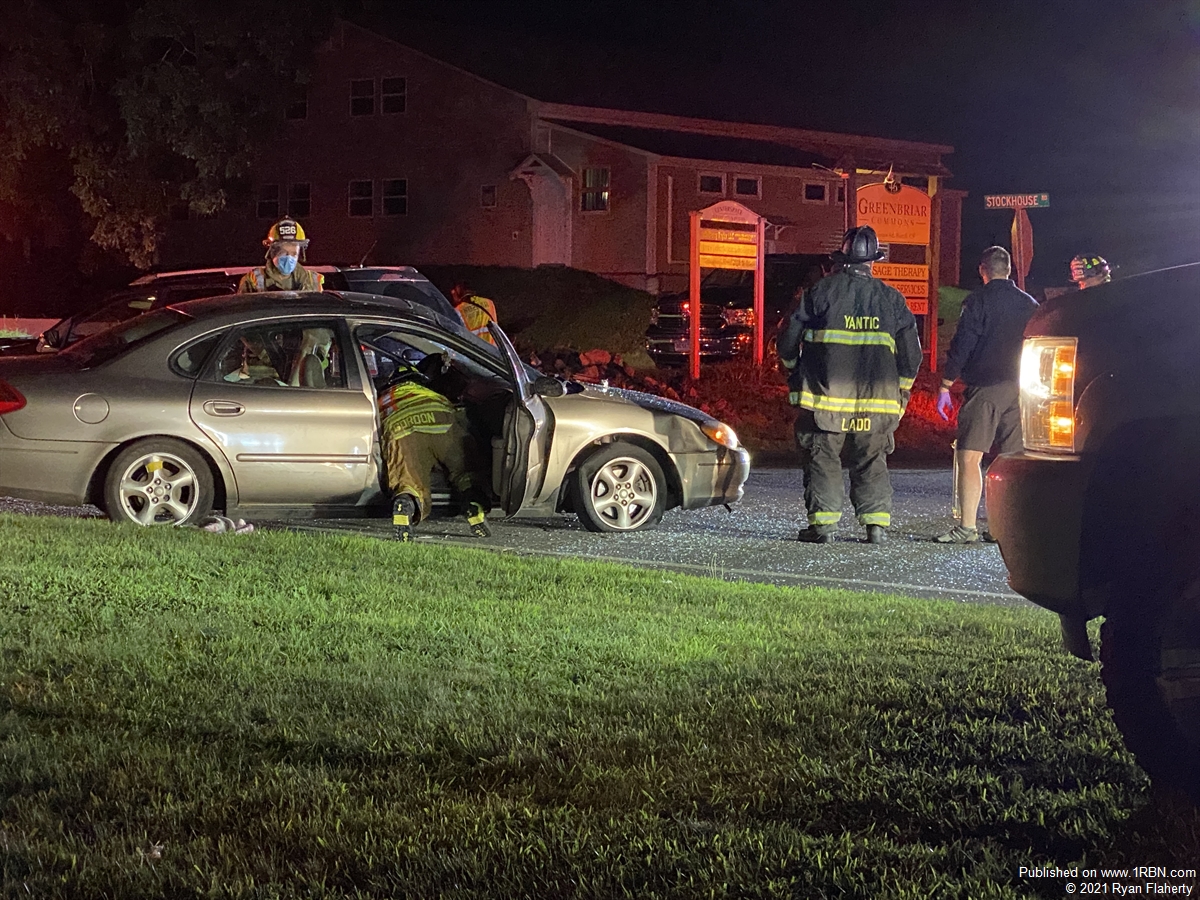 NORWICH, CT - At 10:22 P.M. on Friday, July 30th, the Franklin Fire Department with mutual aid from Bozrah, Yantic Rescue 3, Baltic Ambulance and American Ambulance, were dispatched to Route 87 at Stockhouse Road for a two-car T-bone MVA with an unresponsive driver. Occum’s Deputy Chief was on his way home and arrived at 10:29 P.M. reporting multiple people injured. A car had pulled out in front of an SUV, sustaining heavy damage with intrusion into the driver’s side of the passenger compartment. Six people ended up being transported to Backus Hospital in Norwich, one of which was in serious condition.