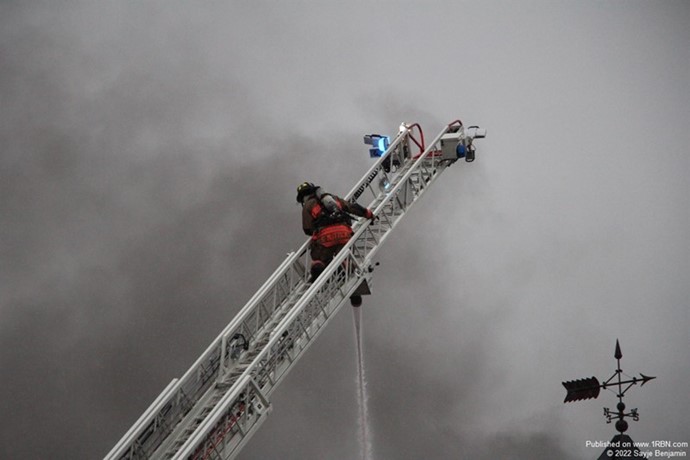 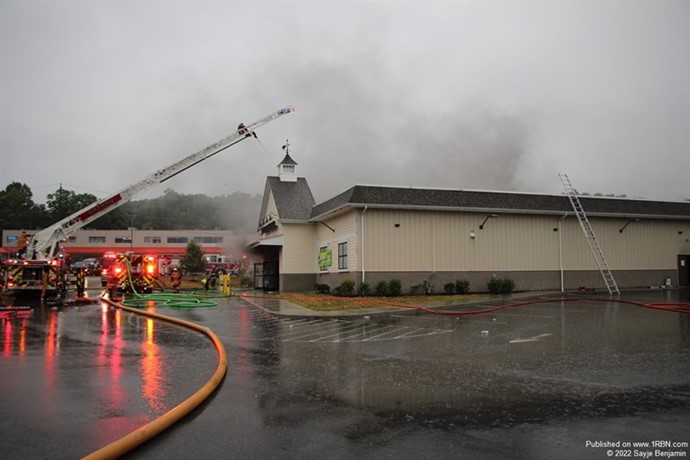 Photo by Sayje BenjaminCrews remain defensive with heavy fire inside the Dollar General. 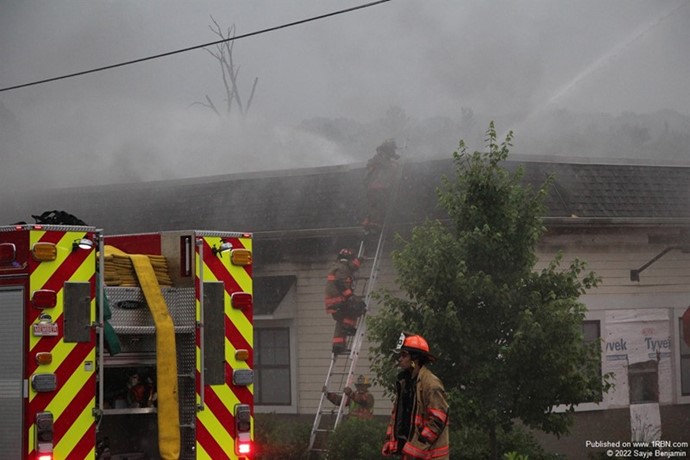 Photo by Sayje BenjaminFirefighters make their way to the roof 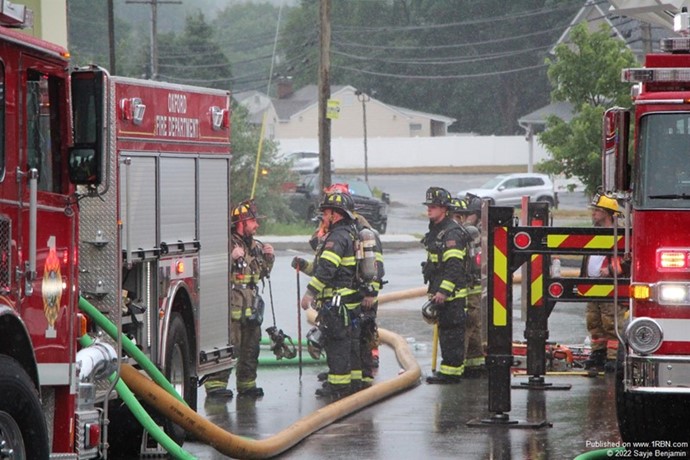 Photo by Sayje BenjaminSeymour and Beacon Falls firefighters stand by 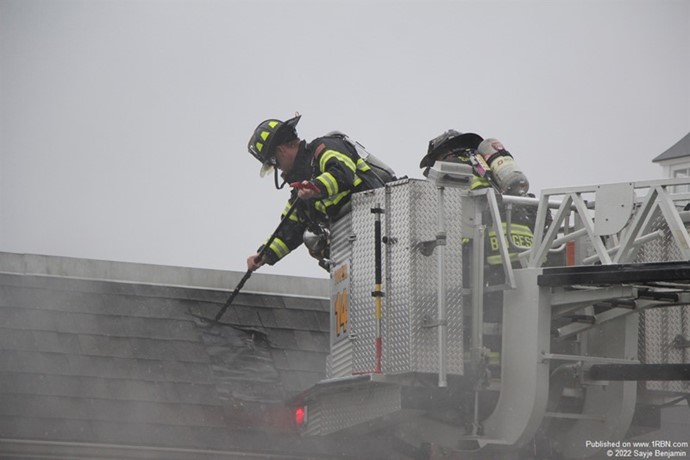 OXFORD, CT - Around 2:10 P.M. on July 18th, Oxford departments were alerted to a reported structure fire in the 100 block of Oxford Rd.

Oxford Car 1 reported heavy smoke from the front door on arrival. First arriving companies were met by heavy fire inside and quickly pushed out to exterior operations. Additional units from Seymour and Beacon Falls were requested to the scene.

Companies battled the deep-seated fire for approximately three hours. There were no injuries reported. The Oxford Fire Marshal's Office is investigating the cause.