30 Displaced by Two-Alarm Fire in Bridgeport 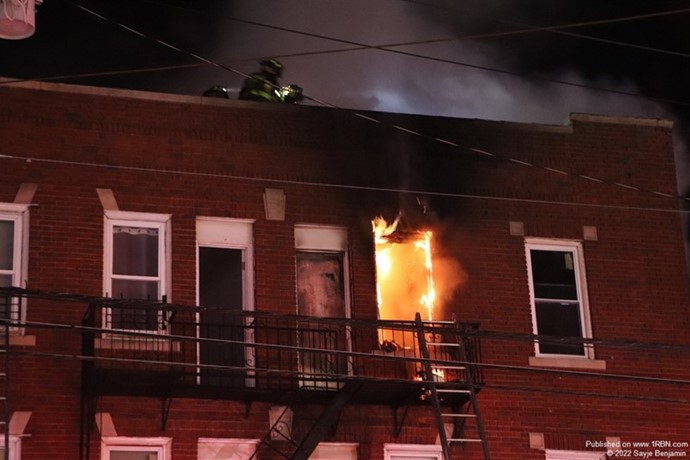 Photo by Sayje BenjaminLadder 5 works the roof above the fire 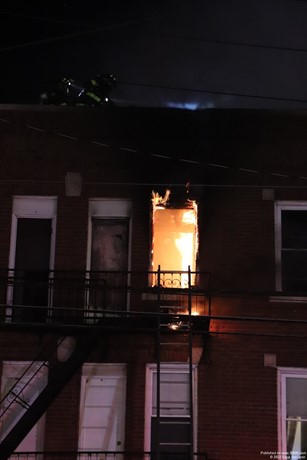 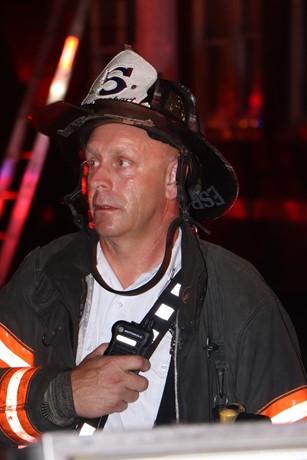 Photo by Sayje BenjaminCaptain Nick Esposito operates with command over a two-alarm fire in Bridgeport. 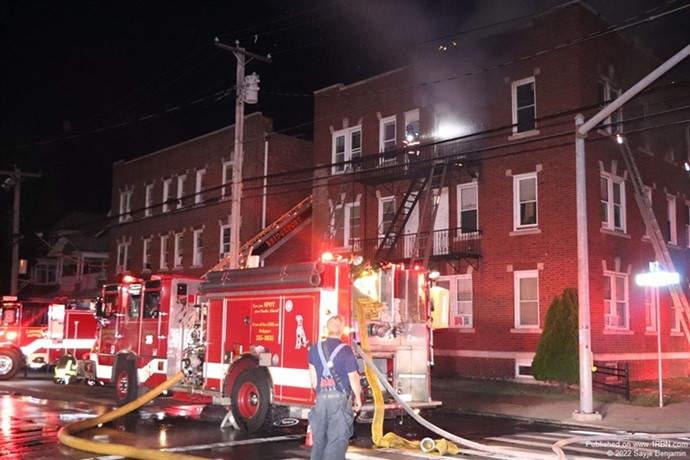 Photo by Sayje BenjaminFirefighters get water on the fire and quickly extinguish it.

On arrival, Engine 4 reported fire showing from the third floor of a three-story brick apartment complex. Companies quickly made entry and started making their way to the fire while Ladder 11 went to the roof. Battalion 1, under the command of Captain Nick Esposito, transmitted a second-alarm around 9:30 P.M., bringing Engines 6 and 12, and Ladder 6 to the scene.

Companies were soon able to access the fire apartment and quickly knocked down the fire. Throughout the next hour, companies performed extensive overhaul and chased pockets of fire in the cockloft. The fire was declared under control around 10:50 P.M. The American Red Cross is assisting approximately 30 people that were displaced. There were no injuries reported. The Bridgeport Fire Marshal's Office is investigating the cause of the fire.