Callers Report a Pickup Truck Down Embankment in Sandy Hook 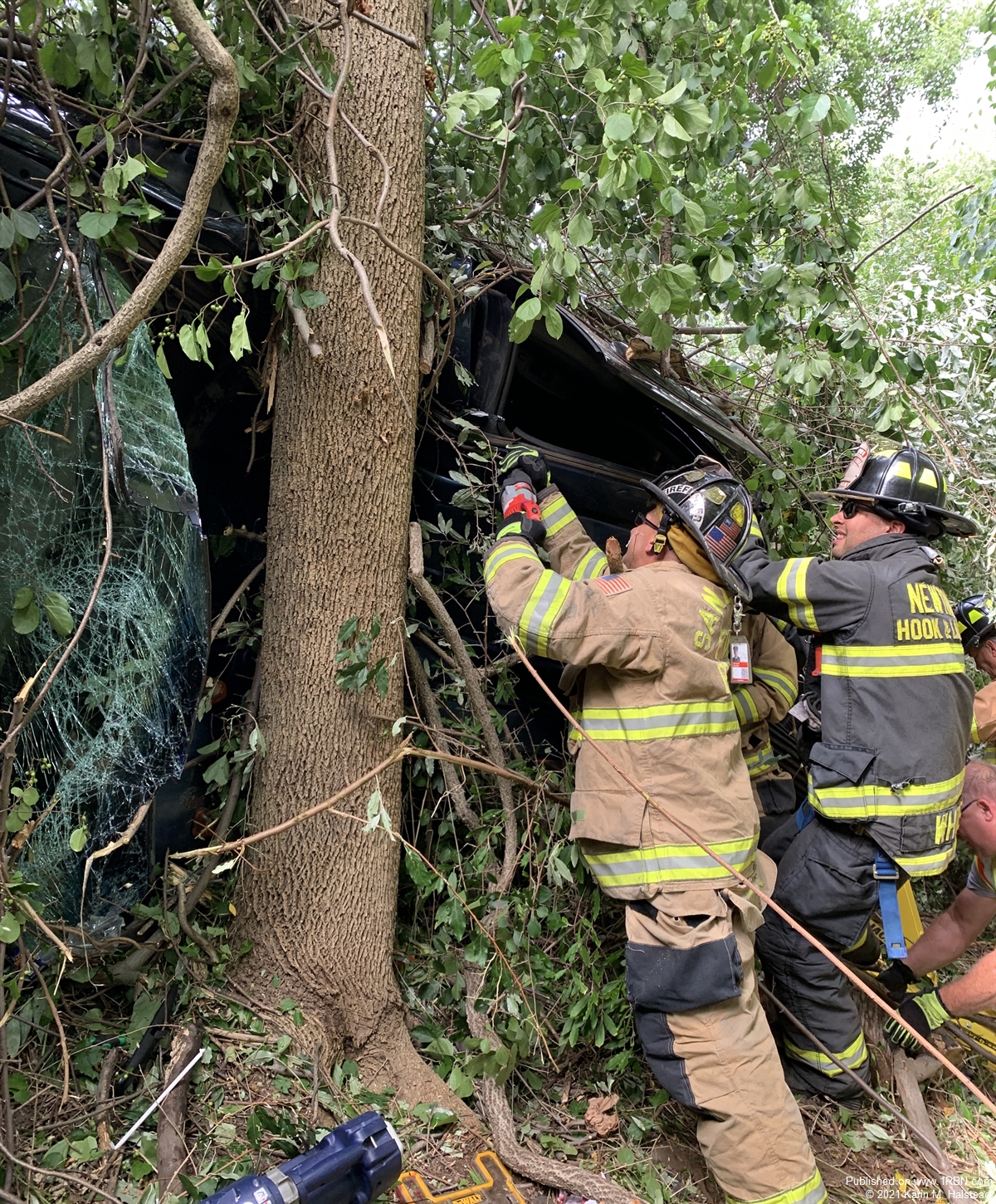 Photo by Karin M. HalsteadFirefighters removing the top of the cab. 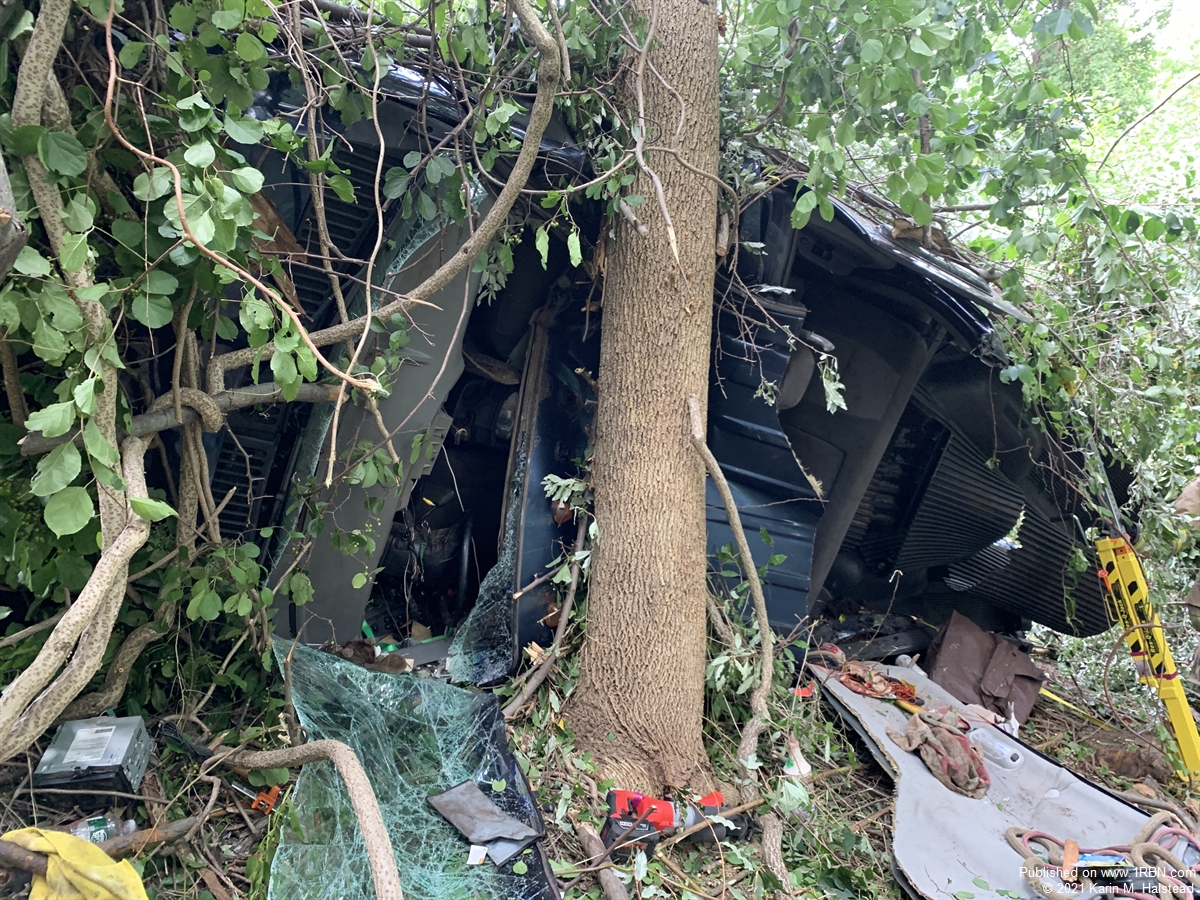 SANDY HOOK, CT - Just after 3:00 P.M. on Thursday, August 5th, Sandy Hook Fire & Rescue and Newtown Hook & Ladder firefighters were dispatched to a vehicle accident on I-84 west, before the exit 11 off ramp. Callers stated that they saw a vehicle go into the woods and down the embankment, but could not see it any longer.

The paramedic was first to arrive on scene and confirmed that a vehicle was approximately 40-feet down the embankment and the driver was trapped inside. While en route, Sandy Hook Chief Bill Halstead requested Southbury Fire Dept. to the scene as well. Chief Halstead and Engine 441 arrived on scene and assumed command.

Rescue 444 and crew arrived and went to work stabilizing the vehicle. The Rescue-Q-Jacks were used along with a winch to secure the pickup truck. The cab of the truck was crushed against a tree. The extrication took 14 minutes to complete.

Newtown Hook & Ladder members cleared a path with a chainsaw and set up a 3-1 rope system so the patient could be moved to the awaiting ambulance. The patient remained conscious the entire time. A good job was done by all.