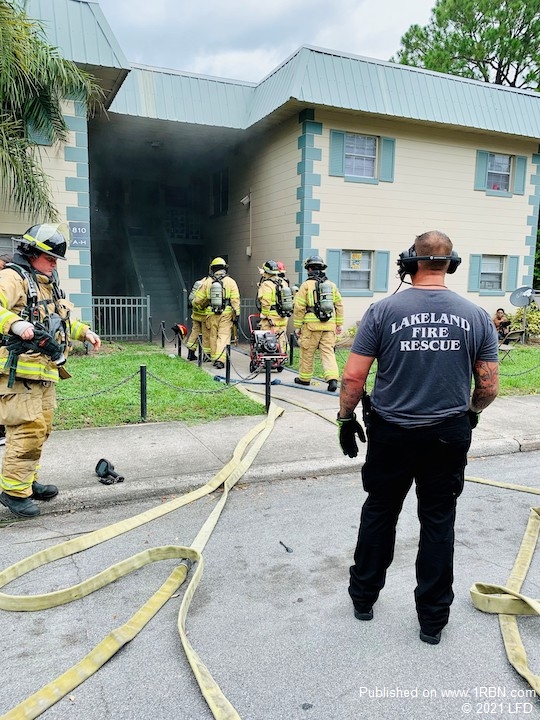 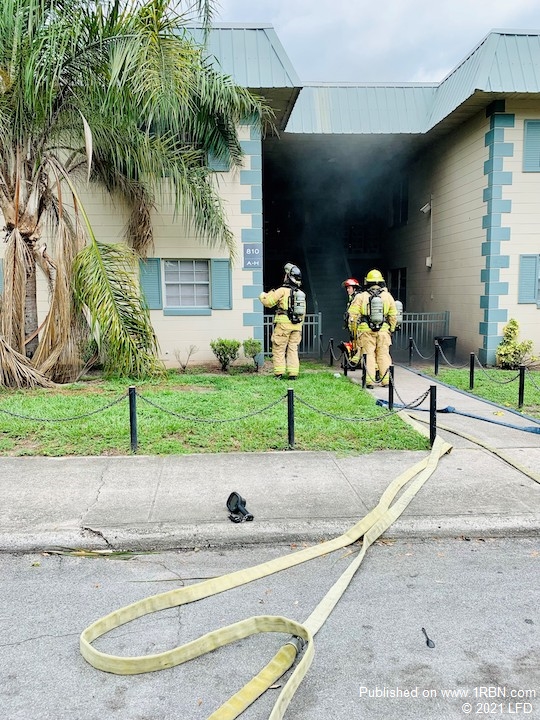 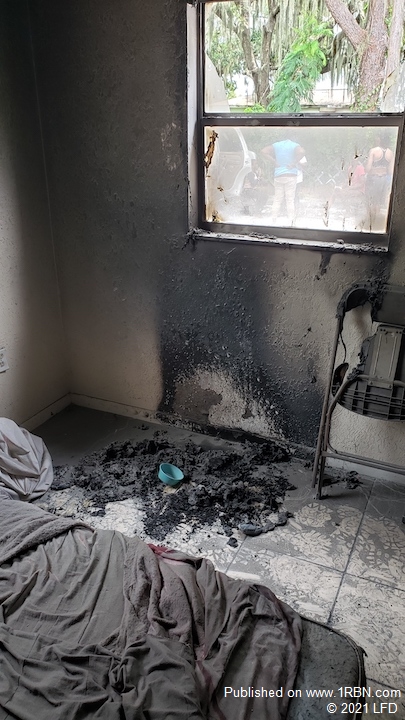 Lakeland, FL – Lakeland Fire Department (LFD) responded to an apartment building fire located at 810 E. 1st Street at approximately 1:20 PM on Aug. 3. LFD arrived on scene and found heavy smoke outside the building within the central courtyard. As crews approached, a resident stated the fire had been extinguished.

Fire crews made entry to the apartment, which was filled with black smoke. Thermal imaging confirmed the fire was extinguished. The apartment and adjacent apartments were ventilated. One apartment sustained fire & smoke damage. American Red Cross was called to assist displaced tenants; 2 adults and 6 children.

A child playing with a lighter was determined to be the cause of the fire.