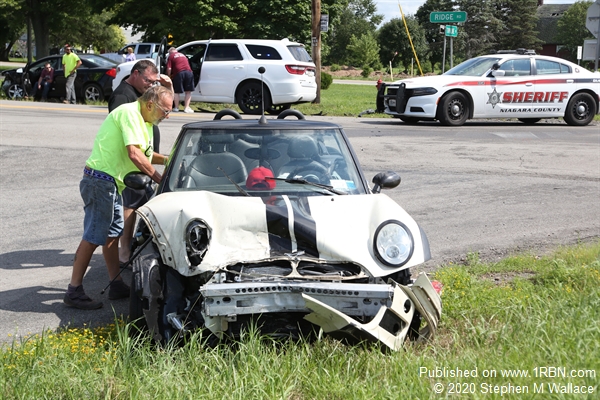 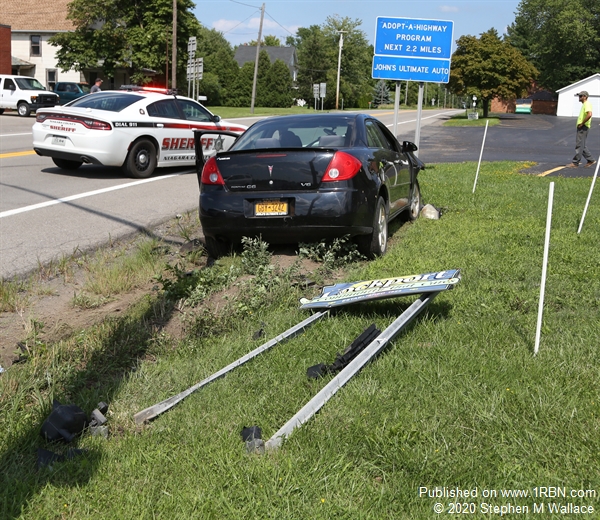 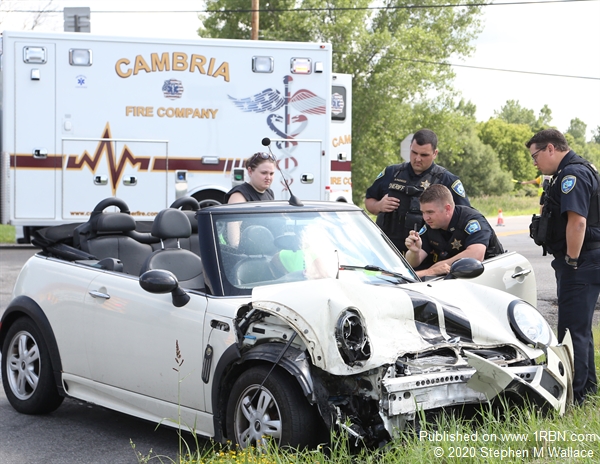 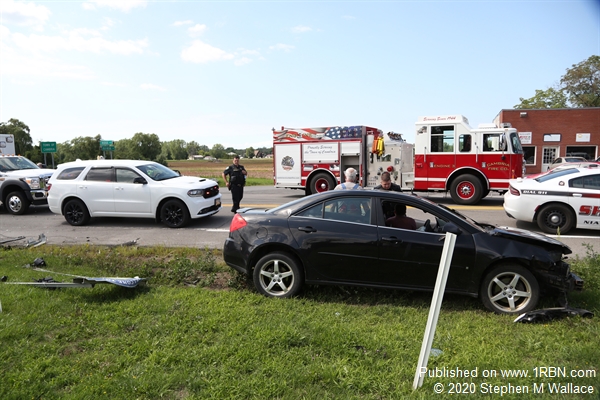 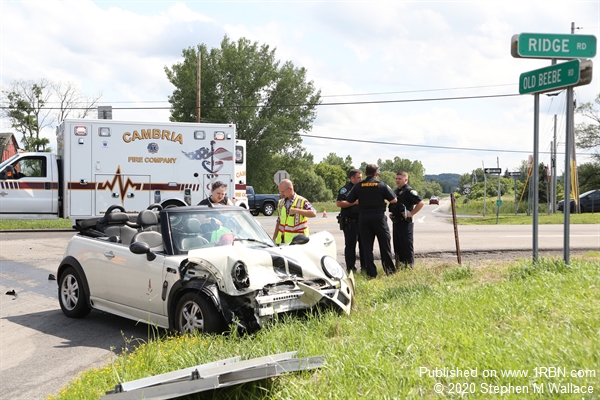 Photo by Stephen M WallaceNiagara County Sheriff Deputy tells the driver he is ok with one beer after the test were completed. 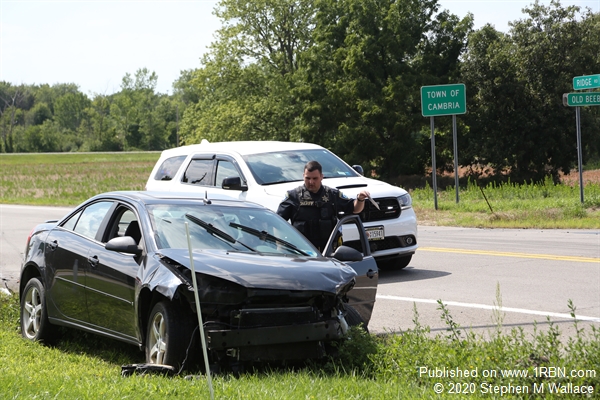 Photo by Stephen M WallaceNiagara County Sheriff Deputy tells the driver who was hit head on that they ran test on the older driver who admitted to having a beer. 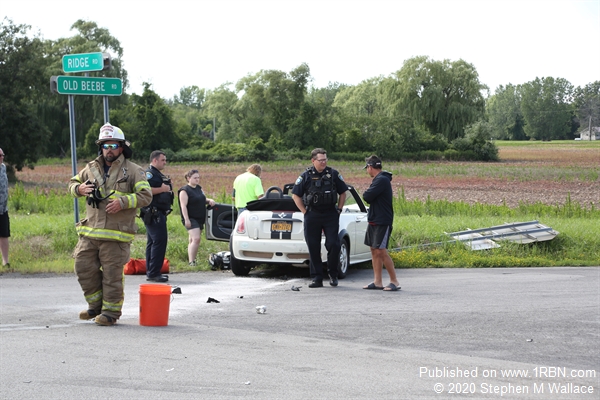 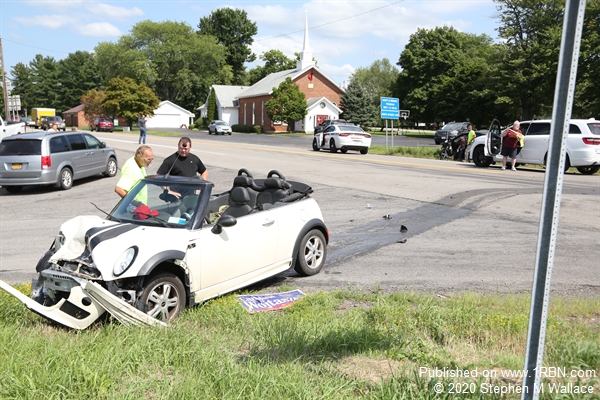 Wrights Corner’s Fire and rescue along with Cambria Fire and Rescue responded to the report of a head on accident at 104 and Town Line Road. Original reports stated that a male was lying on the ground and the other car was off the road with the driver still inside. This was the site of another serious accident just two weeks before when a driver almost ran underneath Mercy Flight. At this accident for on scene Fire Police took no chances shutting down traffic and diverting it away from 1st responders heading to the scene. The cars had impacted at a great enough speed to cause sever front end damage if not total the vehicles. A number of Niagara County Sheriff deputies arrived on scene, including the on-duty road Captain. Cambria, and Wrights Corners first on scene EMS quickly evaluated the drivers in both vehicles, who appeared to have minor injuries. One Deputy took statements from two eyewitnesses at the scene, both stated about the same story. The small yellow car with the elderly male was stopped at the stop sign on Old Beebe road facing South. The other car was East on route 104 with the right away. They both stated the yellow car turned right, West onto route 104 and went directly into the wrong lane hitting the car head on. The impact sent the little car spinning back towards Old Beebe ripping down the stop sign and deploying the airbags. The other car spun off the road ripping down a number of signs on the south side of route 104. The Niagara County Sheriff Deputy asked the male in the small car if he had been drinking and he did reply, one beer. The Deputy performed a number of field sobriety test, including an alcohol sensor why the Captain looked on. After a discussion among the Deputies and Captain, the Deputy gave a thumbs up to the driver, and said, I’m good with one beer, thank you for being honest with us! Cambria EMS then went back to work on the male, who was now talking to a recently retired road Captain from the Niagara County Sheriff’s Department who showed up at the accident. The retired Captain went over and talked to the on- scene Captain, and the deputies. One deputy walked over to the other driver and told him that they ran test on the other driver who hit him. That the other driver admitted to having one beer. The driver of the car that was hit head on was waiting for his Dad to arrive to decide if he would go the hospital in the ambulance or get checked out later. Wrights Corners and Cambria cleaned the scene up and made the cars ready for the tow trucks. Cambria transported the elderly driver to the hospital to get checked out, Niagara County Sheriff’ Office investigated the accident.