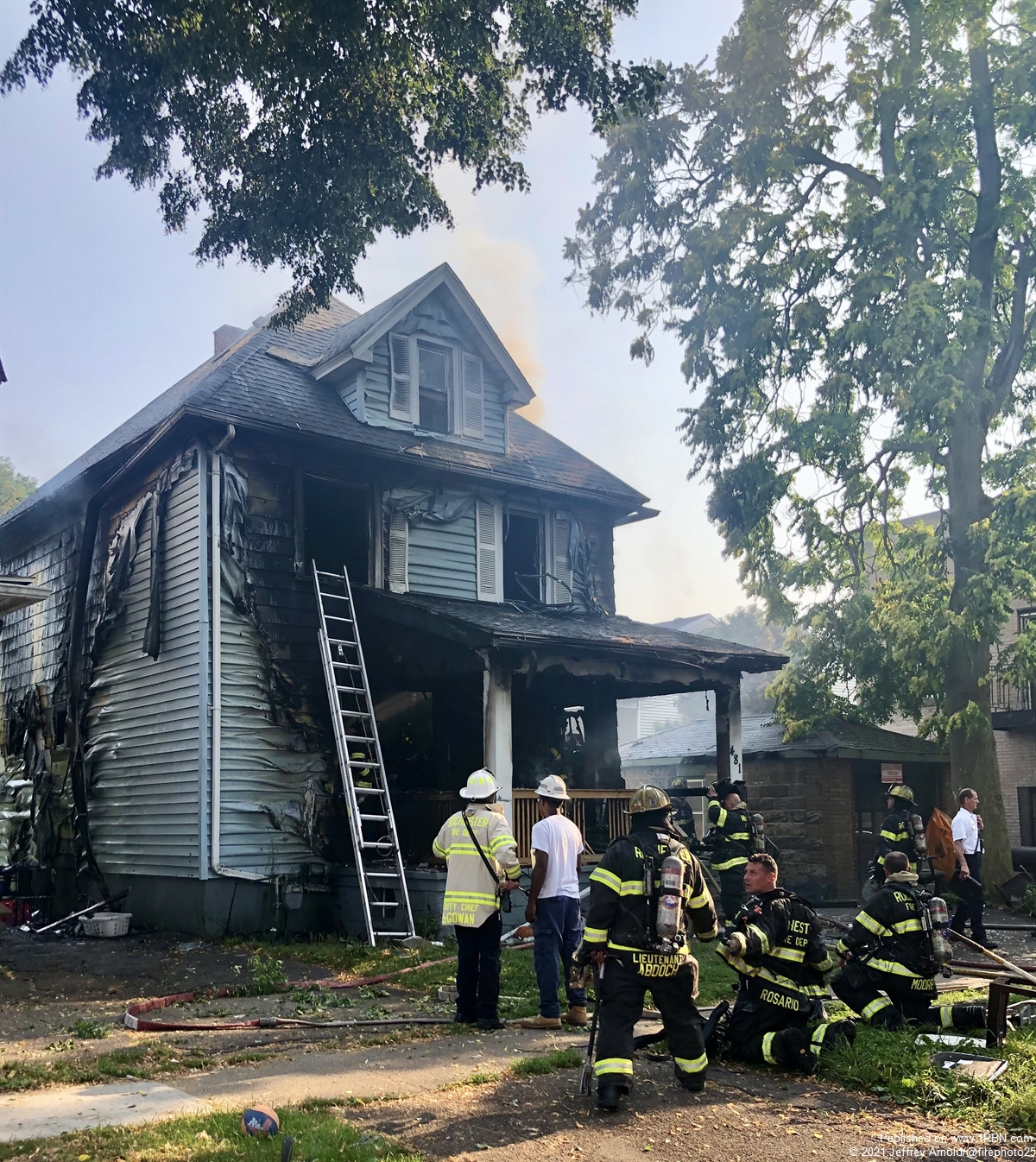 ROCHESTER, NY - On Monday, August 9th at 5:25 P.M., Rochester Fire Department Engine 7 noticed a smoke condition in the area of Cottage and Genesee Streets. While investigating the source of the smoke, the alarm was struck for a house fire at 481 Cottage Street.

Upon arrival, units found a two-and-a-half story home with with fire throughout. With temperatures in the 90's, a second-alarm was declared for additional manpower.

There were initial reports of people inside, but primary and secondary searches of the the structure proved to be negative.

It took about 40 minutes to bring the blaze under control. There were no injuries reported, and the cause of the fire remains under investigation.