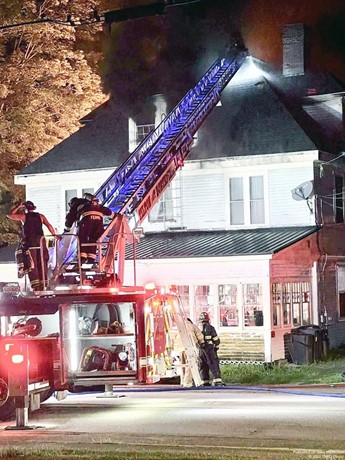 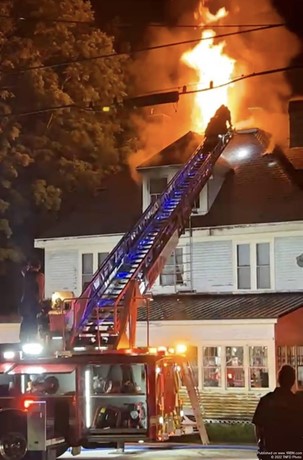 The Tilton-Northfield FD was dispatched at 9:13 P.M. for "smoke in the building" at 18 Elm Street. First arriving crews reported heavy smoke and fire showing from the third floor and requested a second-alarm. Firefighters conducted an offensive attack and struggled to make it to the fire floor due to numerous modifications done to the building over the years.

Firefighters found high heat, smoke and minimal visibility once they reached the fire floor. Tight stairs, knee walls and low ceilings on the third floor made it difficult to operate and fully extinguish the fire. Firefighters also dealt with the hot and humid weather while fighting the fire. A third-alarm was called for manpower due to extensive overhaul operations and to let crews cool off.

The fire was declared under control at 11:30 P.M. There were no civilian injuries, and the NH State Fire Marshal's office and Tilton-Northfield Fire Departments are investigating the cause. Mutual Aid was provided by Franklin, Belmont, Laconia, Sanborton, Bristol, Concord and New Hampton Fire Departments.