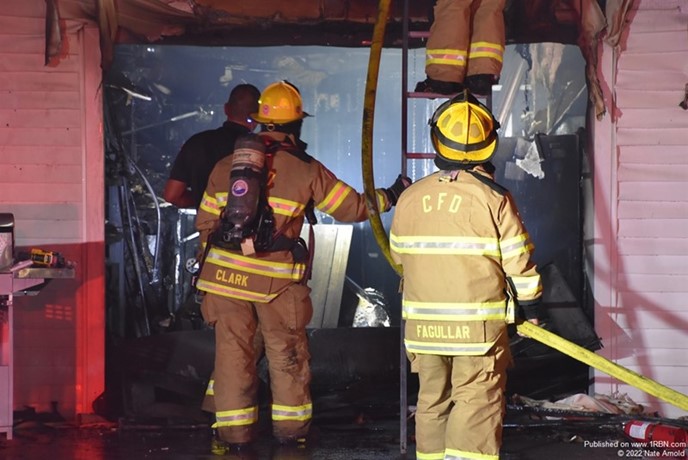 Photo by Nate Arnold Members work inside the garage at Narragansett Blvd. 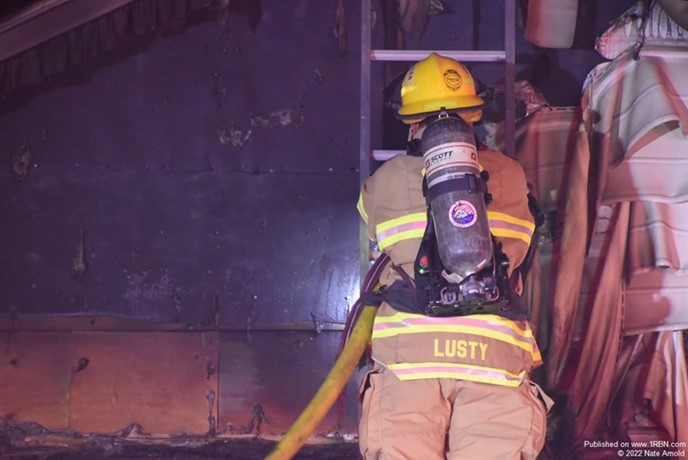 CHICOPEE, MA - Chicopee firefighters were called to the single-story cape at 29 Narragansett Boulevard at 8:00 P.M. on Monday, August 8th, for a reported structure fire. First arriving Engine 5 and Ladder 5 were presented with heavy fire venting from the attached single-car garage and enclosed breezeway.

Due to heavy fire conditions on scene and the fact that the region was in the grips of the second heatwave of the summer with high humidity punishing fire crews just as much as the fire fight itself, Narragansett Command ordered a second-alarm, bringing most of the rest of the on duty city firefighters to the scene and requiring mutual aid to be called for coverage.

CFD jakes made a good stop on the fire, confining most of the damage to the garage and breezeway with primarily smoke damage in the home itself. However, with the extent of the fire damage in the garage, companies remained on scene for well over two hours overhauling the building.

One resident of the home was taken by ambulance to the hospital for treatment, but no other injuries were reported. The cause of the fire remains under investigation by the CFD.