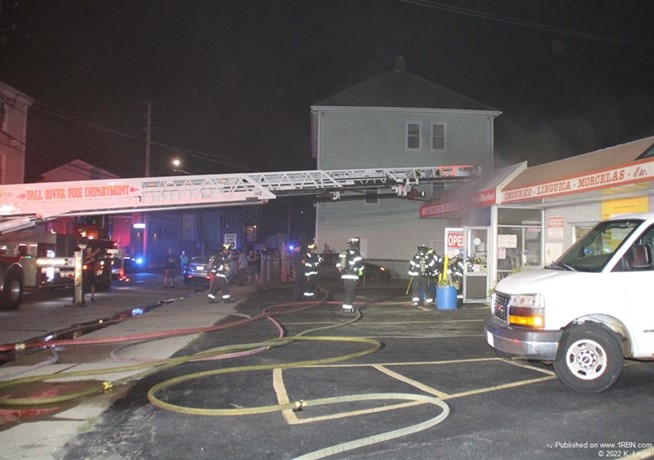 Photo by K. LegerSmoke pours from the awning 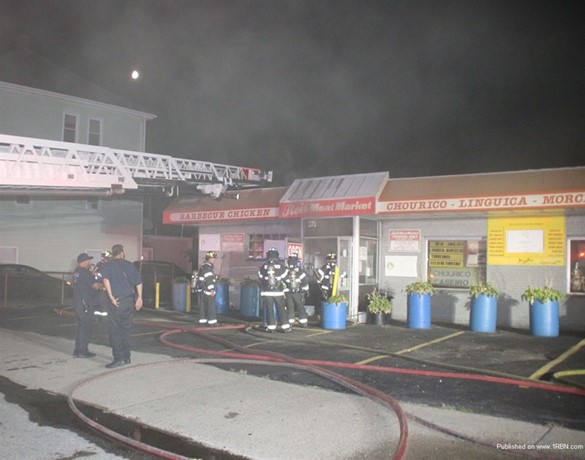 FALL RIVER, MA - Around 10:15 P.M. on Sunday, August 7th, Fire Communications received a private alarm activation as well as a call from a business owner reporting smoke in the building at 375 Alden Street. Engines 2, 9 and 12, along with Ladders 2 and 4, and Heavy Rescue 1 were dispatched. Engine 9 reported smoke showing on arrival and laid out two attack lines as well as backing themselves up to a nearby hydrant. Ladder 4 put their aerial in operation to the roof and placed ground ladders on the 'B' side of the building. Firefighters found fire running above the ceiling and chased it for some time. Investigators believe the cause of the fire, which required extensive overhaul, was electrical in nature.