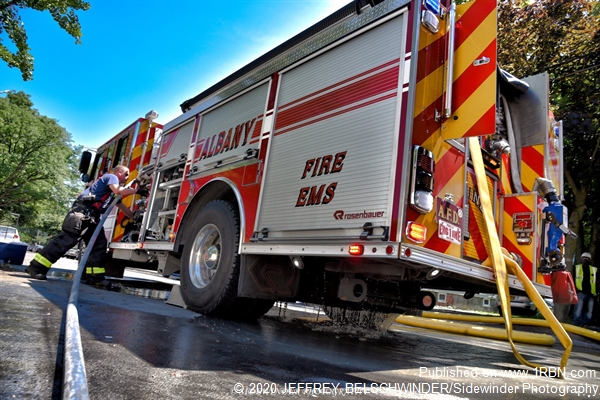 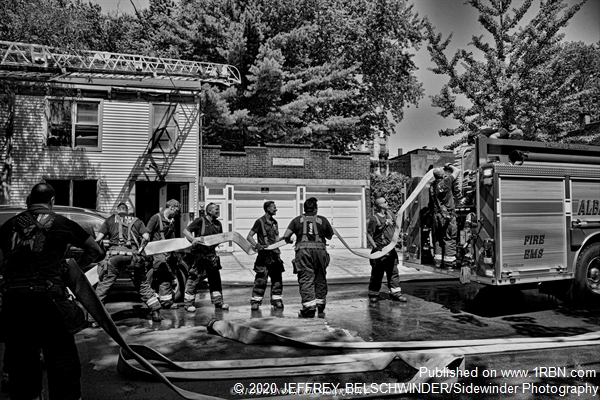 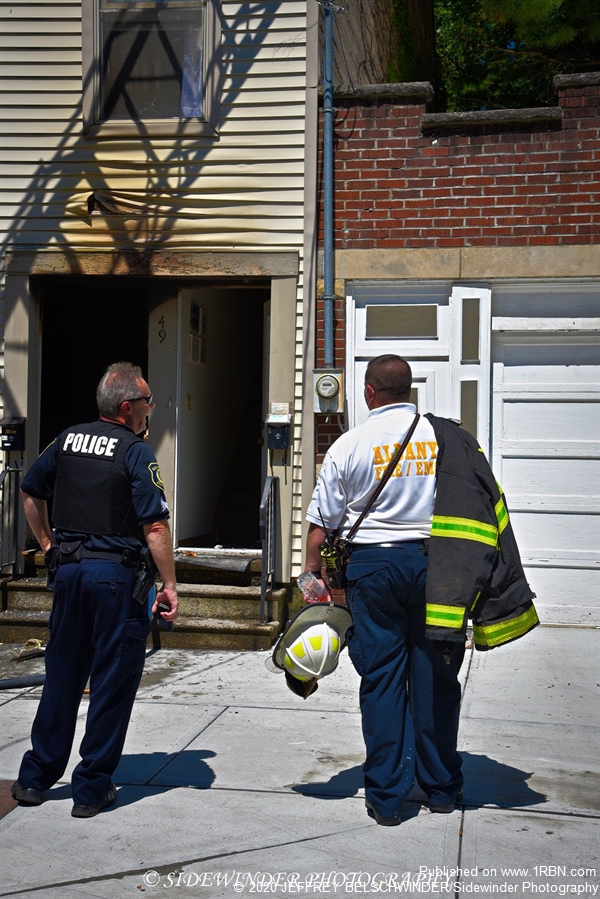 Albany, NY - On July 18th at 1:48 P.M., the City of Albany’s Fire Department was dispatched to 49 Dana Avenue for a reported structure fire. The caller stated that the apartment was on fire across the street and that they could see flames from the windows.

Engine 1 had heavy smoke pushing from the rear of the structure as they were approaching the scene, and as they rounded the corner onto Dana Ave., they had fire pushing from the front door of the structure. Engine 1 transmitted the Signal 30, pulled past the structure and immediately stretched a single hand line to the front door. Engine 1's officer notified the incoming command unit that they had heavy fire on the first floor and were evacuating the residents.

Firefighters immediately began to knock down the heavy fire on the first floor and were able to knock down all visible fire within two minutes of arrival. Additional firefighters arrived on scene and immediately went to work conducting a primary and secondary search of the structure. Firefighters from the first arriving truck company went to the roof and made sure the fire did not find its way to the cockloft.

Firefighters remained on scene for about one hour conducting overhaul. Fire Investigators arrived on scene and began their investigation into the incident. No injuries have been reported. The building suffered heavy smoke and water damage.