City of Cape May Participates in National Night Out 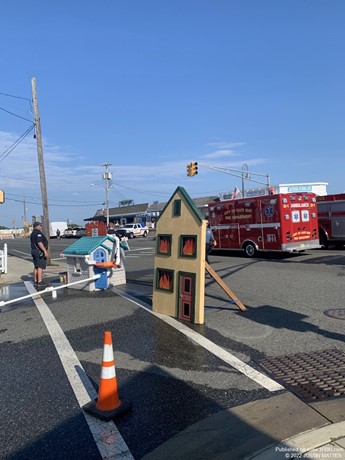 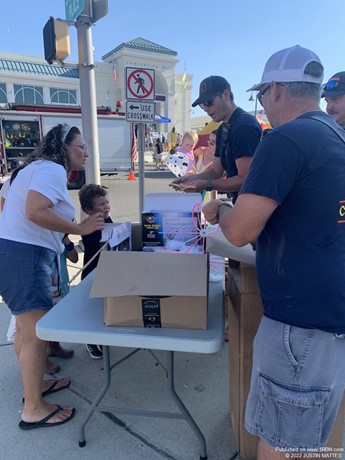 Photo by JUSTIN MATTESCape May Firefighters assemble glow in the dark toys to pass out to children. 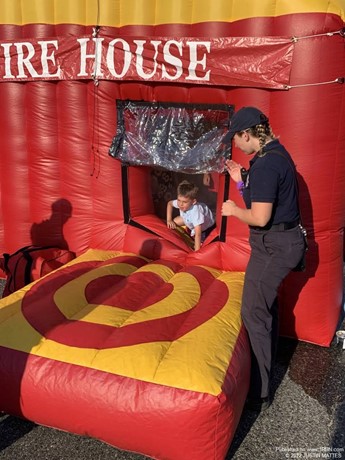 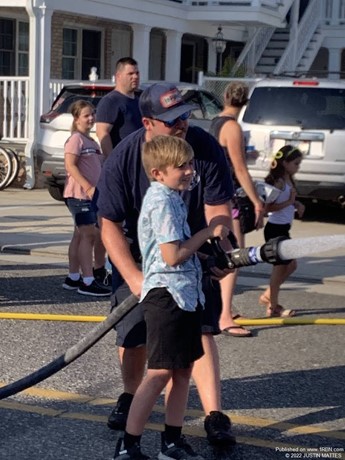 Photo by JUSTIN MATTESCape May Firefighters teach children how to use a firehose during National Night Out.

CAPE MAY, NJ - A warm summer evening in August provided the perfect backdrop for the National Night Out. Residents of Cape May City, West Cape May and Cape May Point gathered outside of Convention Hall on Beach Avenue, August 2nd, for a night of fun, food and plenty of games.

Included in the festivities was the popular dunk tank where folks had a chance of dunking Mayor Zack Mullock or Police Chief Deekon Fashaw. The Cape May Fire Department set up targets shaped like houses complete with mock fires so children could experience what it is like to use a real firehose. They also passed out neon glow sticks and other goodies to the children. The Coast Guard displayed some of their rescue boats, which children were allowed to operate.

Cape May Police Chief Deekon Fashaw summed up the event perfectly by saying, “I would just say that it was a great night had by the Cape May City Police Department, City of Cape May, West Cape May, and Cape May Point, a night out against crime and togetherness of our community."

National Night Out is a nationwide community outreach program put on by the National Association of Town Watch (NATW). It was officially founded in 1981, but has origins dating back to the mid-seventies. It started with a gentleman volunteer for the Lower Merion Community Watch program which works with the Lower Merion Police Department. According to its website, “In August of 1984, the first annual National Night Out involved 2.5 million neighbors across 400 communities in 23 states." Soon after it was founded, the organizer made the first Tuesday in August the official day of National Night Out. Its purpose is to bring communities closer together.