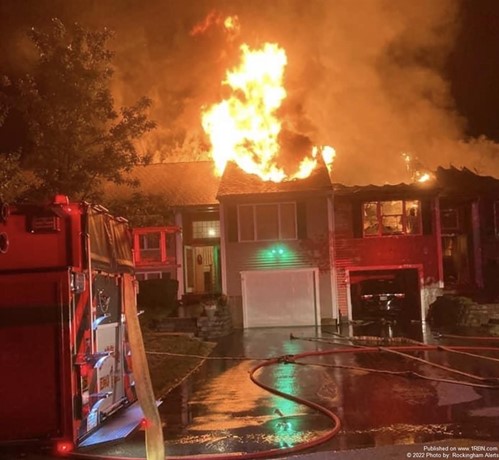 Photo by ROCKINGHAM ALERTSA second-alarm was called for at this Danville fire, as fire was through the roof, August 5th.

The fire was called in around 2:55 A.M. and went to a second-alarm, bringing in several mutual aid tankers and Sandown's Ladder to set up. Heavy fire was through the roof and crews remained on scene for several hours fighting the fire.

According to Danville Fire Chief Steve Woitkun, all residents and pets got out safely and no injuries were reported.