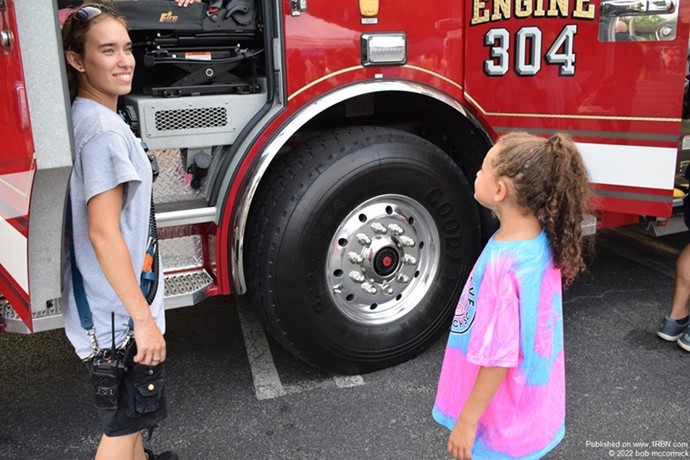 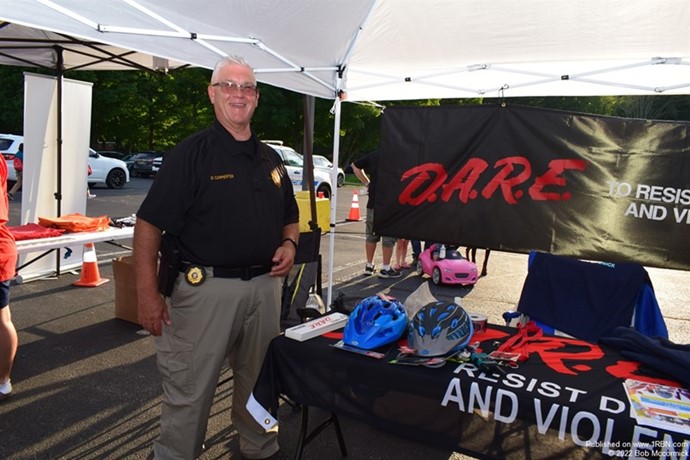 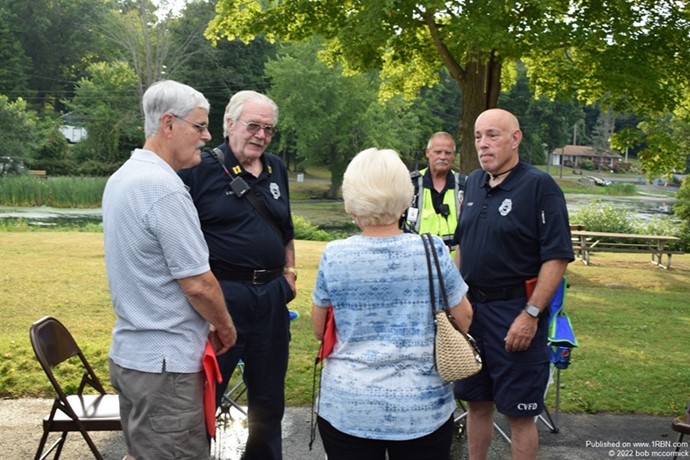 Photo by bob mccormickNat'l night out 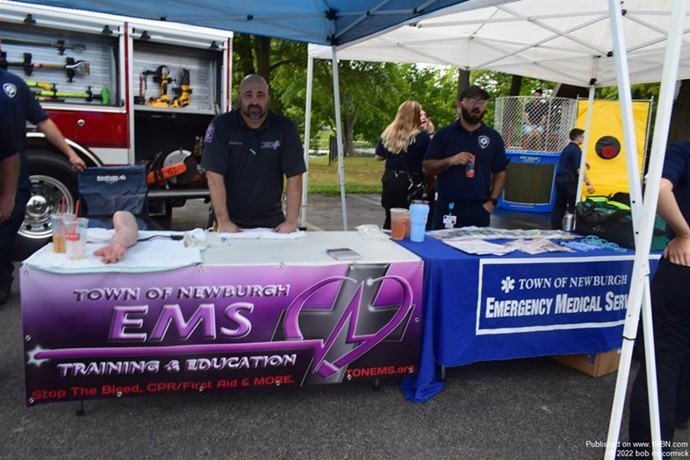 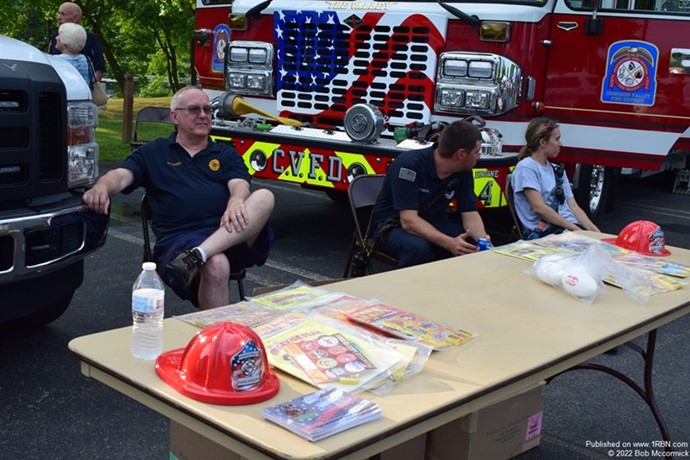 Cronomer Valley FD took part in the Town/Newburgh Police Department and Recreation Department National Night Out at Chadwick Lake on
August second. Town/Newburgh Police and EMS had booths set up giving out information reference to the Police DARE Program-Tn/Newburgh
EMS had brochures and asking residence if they were interested in joining. Also, they ran a dunking booth with members sitting in booth waiting
to get dumped in water. Cronomer Valey FD had an engine there and members were on to answer questions and tell residence about the fire service
and explain the engine operation at a scene of a fire. Also, small children were helped into the driver's seat and parents took pictures. All the chidren
were given a plastic fire helmet-along with coloring books and stickers.