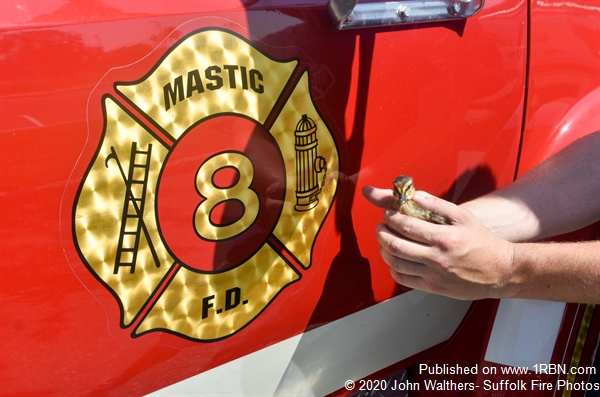 Photo by John Walthers- Suffolk Fire PhotosA Mastic Fire Department officer holds up a duckling after it was rescued from a storm drain at William Floyd High School on August 5th. 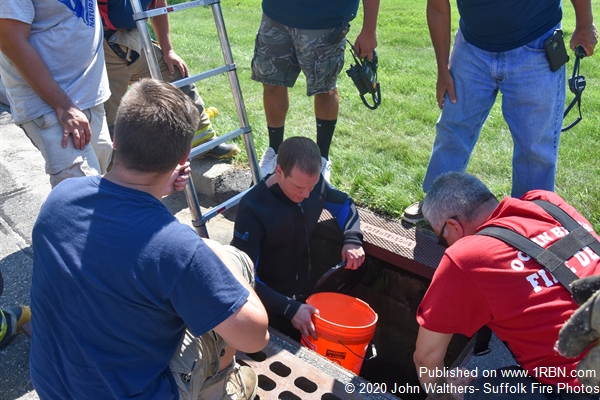 Photo by John Walthers- Suffolk Fire PhotosA Mastic firefighter goes down into a storm drain to rescue 9 ducklings that were trapped. 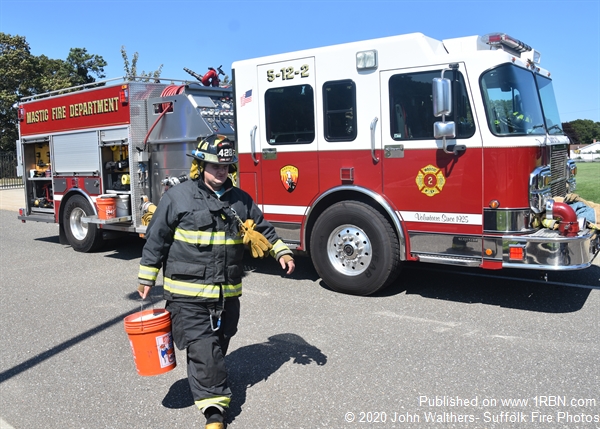 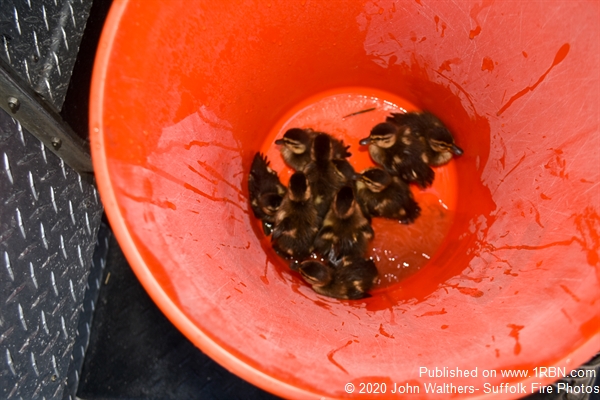 Photo by John Walthers- Suffolk Fire PhotosMultiple ducklings were rescued by Mastic FD on 8/5/2020 from a storm drain. 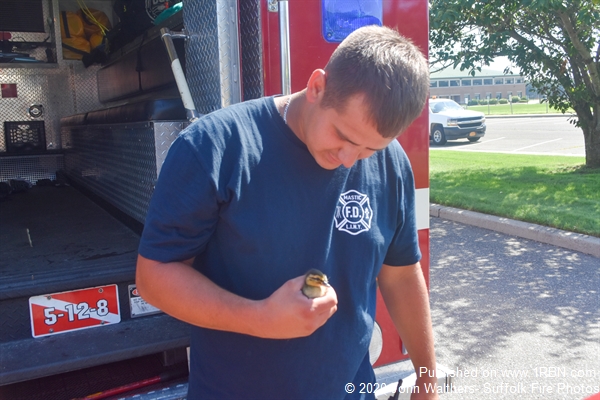 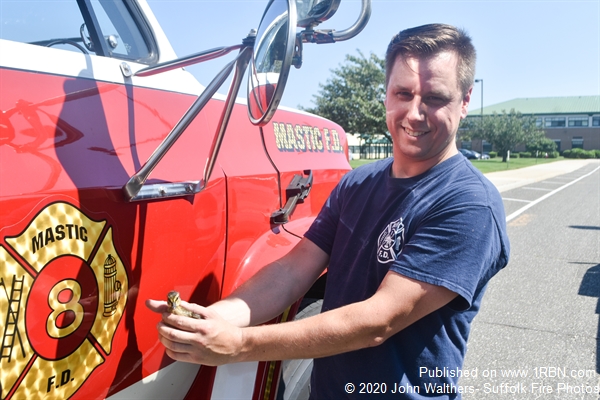 Mastic, NY - On August 5th at about 3:00 P.M., the Mastic Fire Department was called to the William Floyd High School at 240 Mastic Beach Road for an animal rescue report.

Lt. Rudy Sunderman [5-12-70] arrived on scene moments later and advised that he had about seven or eight ducklings down a storm drain on the north side of the school. He was joined moments later by Chief Rudy Sunderman, Jr. [5-12-30], who requested an Engine to respond as well as the Marine incident response truck [5-12-8]. Engine 5-12-2 and MIRT Truck 8 both responded in.

Firefighters removed the storm drain cover and assessed the situation. Firefighter Ian Arthur was gently lowered down via a ladder placed in the storm drain, while buckets were provided to him to quickly and gently place the ducklings in to be removed from the drain.

Thanks to the quick thinking of the firefighters under the command of Chief Sunderman, nine baby ducklings were successfully rescued.